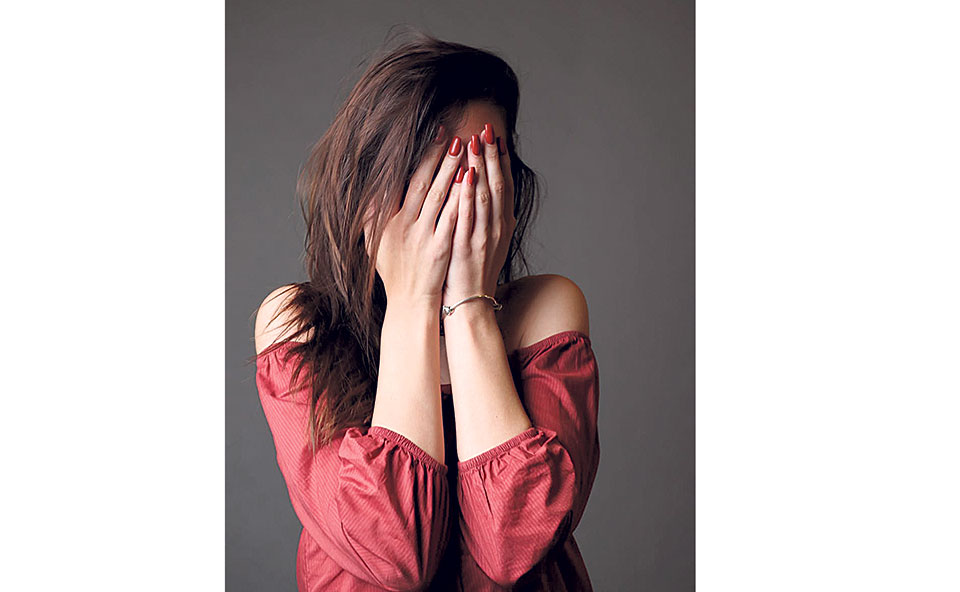 Hearing stories of women having to undergo strange ‘rituals’ and ‘rules’ just because they get periods always upsets me. When I first learned about ‘Chhaupadi’ and ‘Gufa prathas’ during a middle school social studies class, I was appalled by the fact that the society would punish women to either live out of their houses – in dangerous conditions – or lock them in a room, not letting them see the sun at all for something that is only natural and also completely out of their control.

Before this I never really cared much about periods. The only thing I knew was that although it was called a lot of other things – like ‘para sareko’ – most Nepalis generally called it ‘na chune bhaeko’. After reading about it in my textbook, I started noticing how people around me treated women on their periods and finally understood why it was called ‘na chune’ – this term roughly translates to ‘someone you can’t touch’ or ‘untouchable’ in English. A woman on her periods is basically considered impure and untouchable in our society.

The most shocking thing about this to me was that it is generally women who teach and implement this concept of being impure and untouchable to other women. And I still fail to see why Nepali women still follow this hogwash tradition and teach their daughters to do the same. No one likes being labeled ‘untouchable’ and treated like someone with some sort of communicable disease but it still happens to women from all walks of life. Personally, for me, being treated as an untouchable being for four days every month just because I am on my periods has always felt very humiliating and upsetting.

I vividly remember the day I got my periods for the first time. My father and I were the only ones home. As soon as I realized I had gotten my periods, I told him about it because I had no idea what I was supposed to make of it. He also didn’t know what one should do in that situation and instructed me to call my mother immediately. At first, my mother sounded relieved – I was in grade nine at the time and she was worried why my periods hadn’t started since all my friends had long gotten theirs.

But then she started freaking out about me being near my father during my first ever periods. She asked me to go to my room, lock the door, and wait for her to get back home and explain all of the rules a girl on her first-ever periods is expected to follow. When she got back, my mom told me I would have to spend the next four days locked up in my room and that I wasn’t allowed to come out, see my father and my brother, let them hear my voice or open the curtains.

I was appalled. I knew that a few of my friends and cousins had had to go through the same thing when they first got their periods but I had never imagined myself in that situation. But I complied. I didn’t see the point in arguing with my mother over it as I knew I wouldn’t be able to get out of the situation at any cost. My mother is extremely religious and takes these things super seriously.

I remember thinking how unfair it was to be locked up and punished like this when I didn’t even want to get my periods in the first place. I’m a homebody and never really leave my house or my room unless I absolutely have to. But I remember missing going out and even attending school during those three days because staying at home during that time wasn’t a matter of choice. I was being forced to not leave my room.  It felt confining and uncomfortable. I remember feeling insignificant and even ashamed about the whole situation and wishing I’d never get my periods again.

I still sometimes feel insignificant and shameful when people – especially people I’m close to and people I respect – treat me like I have the plague when I’m on my periods. I’ve been asked to avoid touching people who are on a religious fast lest I, the impure one, anger the gods. I’ve been yelled at for being too close to the kitchen counter and I’ve not been taken on trips that have had stops at various temples or sites of religious significance when I’ve had my periods.

Although I think I’ve adapted to all that and today am quite able to shield myself against it all and make nothing of these comments and behaviors, there are times when this really affects my PMS-ing self. I get even more upset at myself for letting those remarks affect me because I know there are many girls who have to face worse things during their periods and my unpleasant experience is nothing compared to theirs.

But I’ve realized that to fully eradicate the discrimination and domination women face during their periods, people have to stop making these remarks and implementing senseless rules. People need to understand that even casual comments or gestures can actual have a profound effect on someone. Also, you shouldn’t have to adapt to the rules. Rather, you should be able to change them by not following them. And I think that’s what angers me the most: my inability to do so.

KATHMANDU, March 5: The number of road accidents in the capital has gone unabated thanks to the lack of proper... Read More...

We inherited a mess. It took us time to clean up, but COVID-19 changed everything: Dr Yuba Raj Khatiwada
9 hours ago

Kathmandu Valley alone witnessed 57.86 percent of total COVID-19 cases recorded across Nepal in the past 24 hours
4 hours ago

Watch US presidential debate
12 hours ago

Kathmandu Valley alone witnessed 57.86 percent of total COVID-19 cases recorded across Nepal in the past 24 hours
4 hours ago

We inherited a mess. It took us time to clean up, but COVID-19 changed everything: Dr Yuba Raj Khatiwada
9 hours ago