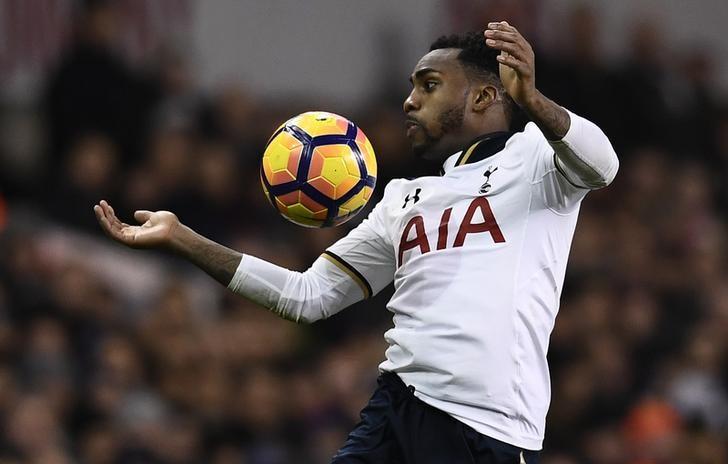 LONDON, August 10: Tottenham Hotspur defender Danny Rose is desperate to win trophies this season and has urged the club to sign some more big name players to help him achieve his ambition.

The 27-year-old England international has been a mainstay at left back for Spurs since the 2013-14 campaign, although he missed the back-end of last season after sustaining a knee injury in January.

Rose might not be ready for Tottenham's campaign-opener at Newcastle United on Sunday but should be back soon and is keen to have a medal to show for his efforts at the end of the season.

"I am reaching my peak and have probably only got one big contract left in me," Rose told Britain's The Sun newspaper.

"Time is running out and I do want to win trophies. I don't want to play football for 15 years and not have one trophy or one medal."

While the Yorkshire native is happy at Tottenham for the moment, he said he wanted to move back north at some stage before the end of his career.

"I will say this too, I will play up north. I don't know exactly when but I will get back up north and play some football somewhere," Rose said.

"I have been away for over 10 years now and I don't get to see my mum that often. I'm not saying I want out, but if something came to me that was concrete, I'd have no qualms about voicing my opinions to anyone at the club."

The long-serving defender said the club could still do with a few big name signings before the end of the transfer window.

"I am not saying buy 10 players, I'd love to see two or three - and not players you have to Google and say, 'Who's that?' I mean well-known players," Rose added.

"As a Tottenham player I'd love to see more signings. It would lift me seeing a top player come through the door ... I'm just not buying the idea that we don't need anyone.

"As a starting 11 we have one of the best in the league, without a shadow of a doubt, but after that ... I definitely feel we need to bolster the squad."

Could Rose have saved Jack in 'Titanic'? Celine Dion answers

Could Rose have saved her love Jack in the famous 90s disaster-feature 'Titanic'? That's a question still fresh in people's... Read More...

Rabi Lamichhane dismissed from the post of DPM and Home Minister, SC finds him guilty in citizenship and passport case
17 hours ago

What next as Lamichhane steps down from the ministerial position and party president ?
2 hours ago