Tottenham returns to scene of title collapse after setback 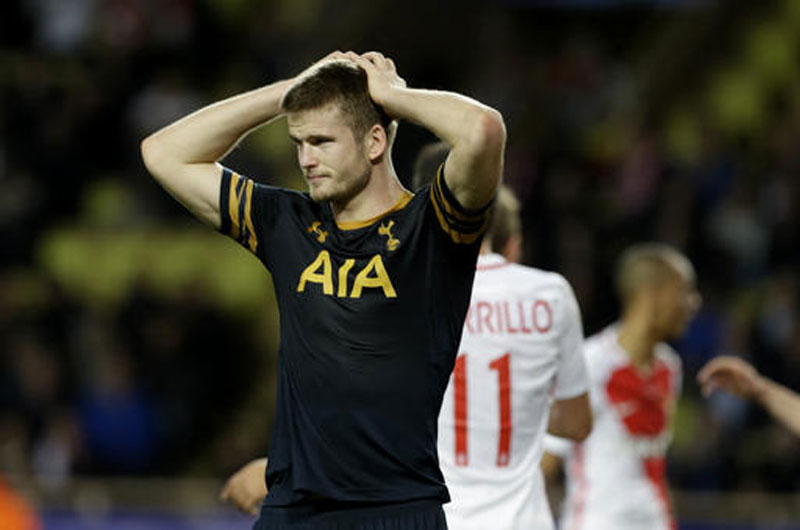 LONDON, Nov 26: Back at the scene of last season's Premier League title collapse, Tottenham will be picking up the pieces from a fresh disintegration.

After spending five years trying to muscle its way back into the Champions League, Tottenham is timidly exiting from the group stage, stalling the progress of an ambitious manager and his relatively young squad.

And for the first time since taking charge of Tottenham in 2014, Mauricio Pochettino's decision-making is coming under scrutiny ahead of Saturday's trip across London to Chelsea.

Playing in the European Cup for only the third time in its history was the consolation for Tottenham after missing out on a first English title since 1961.

Pochettino's side had been pushing Leicester in the title race until a bad-tempered meltdown at Chelsea in May. A two-goal lead was surrendered and a 2-2 draw handed Leicester the trophy. Tottenham never recovered, losing its last two games to tumble to third behind Arsenal.

As damaging as the loss was, Tottenham failed to use the experience to strengthen its team significantly in the transfer window.

Misfiring striker Vincent Janssen, signed in July from Dutch club AZ Alkmaar, has not been an adequate backup to Harry Kane. Moussa Sissoko, a 30 million pound (then about $40 million) signing, has not looked to be much of an improvement on Nacer Chadli, who was sold to West Bromwich Albion.

While Tottenham is the only unbeaten team in England's four professional leagues, the team is fifth in the Premier League while Chelsea leads the way.

Tottenham's failure to kill off games has been damaging, drawing half of the 12 league matches so far. But there was a spirited comeback against West Ham. A 3-2 victory, secured through Kane's two late goals, masked the deficiencies earlier in the derby as Tottenham counts the cost of injuries to defender Toby Alderweireld and winger Erik Lamela.

Losing at Monaco on Tuesday left Tottenham with only one win from five Champions League games, including two losses at its temporary European home at Wembley Stadium.

Leaving defenders Jan Vertonghen and Kyle Walker, and midfielder Christian Eriksen on the bench at Monaco showed that Pochettino was already looking ahead to the Chelsea game with his rotation.

"Maybe we are not ready to manage Premier League and Champions League campaigns at the same time, but we need to question ourselves about that," said goalkeeper Hugo Lloris, one truly world-class player in the Tottenham team.

Chelsea is helped by having a season out of Europe at the start of Antonio Conte's reign.

"They have time to train and develop their philosophy," Pochettino said. "They are, not only in England but in Europe, the team most in form today."

Here are some things to know about this weekend's Premier League matches:

Winless in 5
A run of five straight losses has sent Crystal Palace sliding to a point above the relegation zone.

Saturday's opposition is faring little better. Bob Bradley is winless in five games since taking charge of Swansea, which has fallen to last place while collecting two points.

"The players know me by now," Bradley said. "I will stand by them and stick up for them, but they also know I expect a lot."

Season of contrasts
Leicester is flying high in the Champions League as the only English team at the top of its group. Back in the domestic league, it's a different picture.

The defending champions are two points above the relegation zone after losing their last two games, only a place and a point above next opponent Middlesbrough.

Tottenham Hotspur's Europa League hopes were crushed by mid-table Belgian side Gent, who booked their spot in the last 16... Read More...

"My tax return was on my yacht ... which caught fire" - just one of the dozens of unusual excuses... Read More...