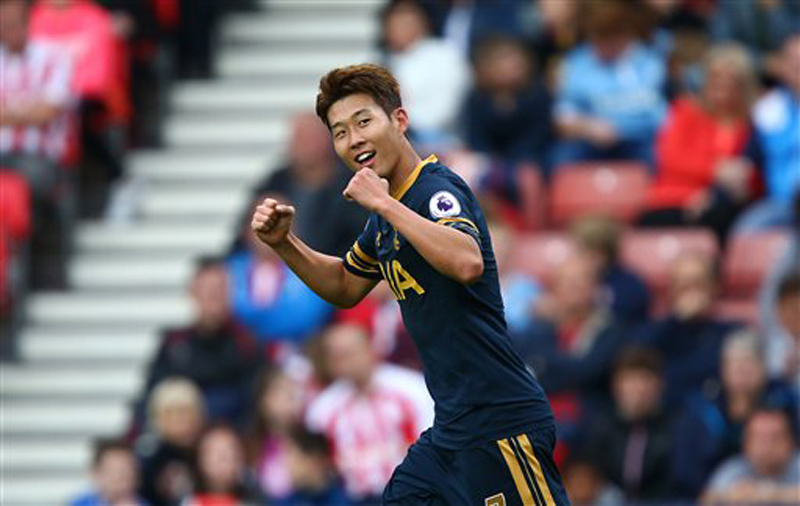 Dele Alli also scored for Tottenham in its best performance so far this season, which kept the team unbeaten after four games.

The first of four goals in a damaging 29-minute period for Stoke came in the 41st when Son volleyed in Christian Eriksen's cross to finish off a sweeping counter-attack.

The same two players combined for Son's second goal in the 56th, before Alli made it 3-0 in the 59th by slotting home from Kyle Walker's cross.

Kane completed a one-sided win with his 50th Premier League goal, tapping in Son's low cross to end his 10-game drought for club and England. Kane was the top scorer in the league last season with 25 goals, having only scored his first goal in October.

He has also started this season slowly, even playing out of position at times to accommodate new signing Vincent Janssen.

Tottenham, which was the most persistent challenger to champion Leicester last season before eventually finishing in third place, has eight points with two wins and two draws.

Stoke is bottom of the fledgling standings on one point from four games, and has conceded four goals in both of its home games so far.