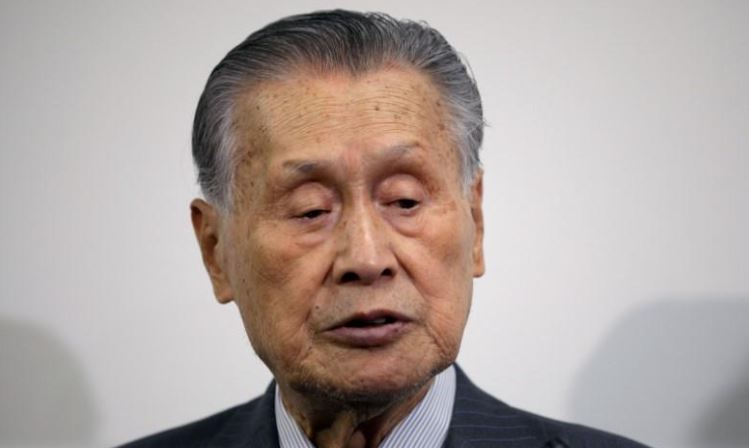 TOKYO, Feb 12: Tokyo 2020 Olympics chief Yoshiro Mori is expected to resign on Friday over his sexist comments, with the mayor of the Olympic village Saburo Kawabuchi saying Mori had asked him to take over.

Kawabuchi said both men had teared up leading up to a meeting where he accepted Mori’s request on Thursday.

“Mr. Mori was straightforward saying ‘I want you to take over now this happened’,” Kawabuchi, 84, told reporters late on Thursday.

“I thought how hard it must be for him and I couldn’t stop crying,” said Kawabuchi.

The 83-year-old Mori, a former Japanese prime minister, sparked a global outcry with sexist comments that women talk too much, which he made during an Olympic committee meeting.

Mori has apologised for his comments but has so far refused to resign, despite growing calls for him to step down.

His resignation less than six months before the Summer Olympics are scheduled to begin would raise new doubts over the viability of holding the postponed Games this year.

Games officials are already struggling with how to hold a safe Olympics, with tens of thousands of athletes and possibly spectators, during the coronavirus pandemic.

Mori’s controversial comments were out of question, said Kawabuchi, former Japan Football Association president, however, he said wants Mori to play a consulting role in the Games to help make the event a success.

Kawabuchi represented Japan in football at the 1964 Tokyo Olympics and helped Japan co-host the 2002 FIFA World Cup with South Korea.

His pick prompted questions on social media about whether there was no better alternative than an older, male figure.

Later on Friday, the Tokyo Olympic organising committee, which has not officially commented on Mori’s resignation, plans to hold a meeting of its council and executive board, followed by a press conference.

Cyberattacks, terrorism, earthquakes and heatwaves: Tokyo 2020 organisers are hoping for the best but bracing for the worst and making... Read More...