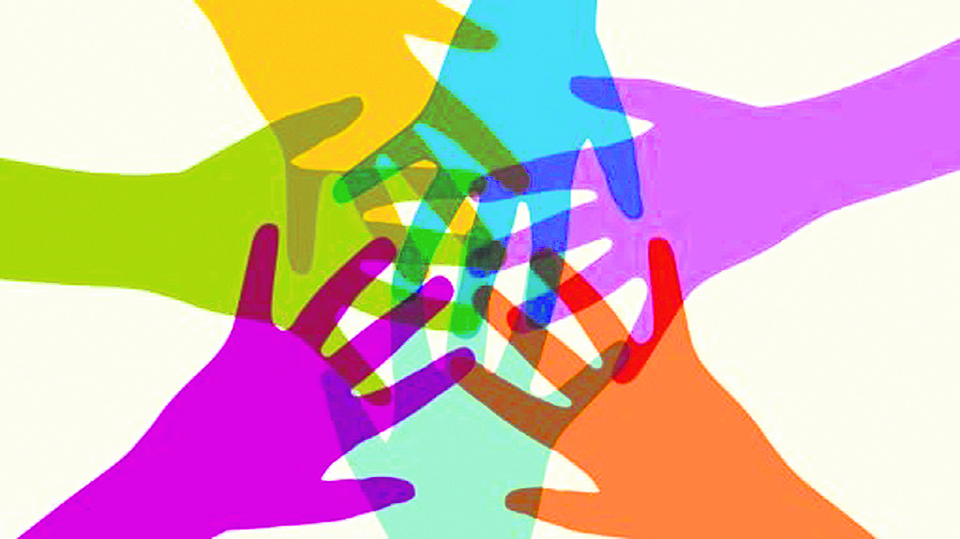 Supporting each other, coming together in the moments of need is what makes a nation stronger and resilient.

The third Monday of January is celebrated in America as Martin Luther King Day, commemorating the birth of civil rights hero who was born on January 15, 1929. The day is an official holiday that was signed into law by President Ronald Reagan in 1983 and it was officially observed in all the 50 states starting from 2000.

It is a day of national service, a day where citizens are encouraged to volunteer and do some community works. It is a statement on how much volunteerism, often referred in US as “service”, is a key part of the national fabric. Supporting each other, coming together in the moments of need is what makes a nation stronger and more resilient.

We witnessed this firsthand in Nepal in the last three years when the country was ravaged by natural calamities. Obviously, you risk falling into rhetoric trap when you talk about helping each other. But we have to think about real meanings of words like “help”, “solidarity”, “and community engagement” and understand how our daily behaviors are aligned with positive values that could make our communities better places.

We could even start from minor things, simple acts of kindness. If you browse the web, you can find a good number of initiatives promoting kindness in its all widest forms and rightly enough are not so concerned about metrics. After all you can act and do something kind for someone, be it saying hello to your neighbors or helping someone cross the street.

Some months ago I was really amazed how few people stay beside a stray dog which was hit by a car. The dog was on the sideline of the road, all bleeding and when I saw it the first time, I moved on to reach my office to fulfill my busy daily agenda.

Then I paused a bit and I thought I should stand by and do whatever I could for the doggy. Actually, I could not do much and indeed I did nothing but stay along the very dedicated persons who were taking care of the doggy.

As I went back to see what was going on. I witnessed a sort of kindness snowball effect: the two persons who initially had stopped to assist the doggy had been joined by several others, including myself. It was a kind of acting together for an emergency. After almost an hour, a veterinary turned up and brought away the doggy which got treated and has found a family taking care of him.

How could you “measure” such small act of kindness or compassion? From more acts of kindness, if more people had a bit of “courage” to do something very small, we could lay the foundations for a “service nation”.  Actually a country like Nepal is already very much a place where communities are very much dedicated to help each other.

Volunteerism has not been brought here by any foreign aid programs but instead such programs, all extremely positive, could thrive because the society was already so predisposed to such kind of actions.

Few days back Canadian Prime Minister Justin Trudeau launched a new service initiative, “the Canadian Service Corps” who would promote and support solidarity actions promoted by local volunteers. The mechanism will see the Canadian Federal Government partnering with a selected number of not for profits as well as providing small financial support to micro initiatives devised and led by youths.

Many details of the programs have to be still worked out but the program will target youths between the ages of 15 and 30 and will be officially launched in 2019.

Patty Hajdu, federal minister for Labor in an article shares that the government aims at “instilling a culture of service” throughout the nation, including reaching out to youths from the so-called “First Nations” representing native populations which are still vulnerable and underrepresented in the national politics.

Dr King paid with his life to realize his dream of making America a land of equal opportunities for all its citizens, a land with ideals and principles where citizens are ready to step up to make the difference and contribute. Nepal has a thriving youth population. The National Planning Commission is backing and supporting the National Development Volunteering Service (NDVS) that is still too unknown to many youths.

The program has a huge potential and should be enlarged but it needs to be promoted so that more youths can take part of it. Local not for profits truly promoting volunteerism should be supported, also financially and NDVS could have a role in this if transformed into a federal agency mandated to support youths and overall volunteerism efforts. The National Youth Council has a special role to play too. It could partner with NDVS to financially support special programs to support youths and their service based ventures or to link youths with elders who have not finished yet and want to play an active role.

A different option could be to strengthen NDVS by providing a bigger budget so that more youths will be able to enroll in its programs while a National Service Council could be created to coordinate and promote different initiatives, including facilitating partnerships between National Youth Council and NDVS.

There have also been attempts at putting NDVS under the purview of National Youth Council but my biggest reservation is that volunteerism is a vehicle for social change that should be embraced by everybody regardless of their ages. Perhaps the best way forward would be to launch a national dialogue on volunteerism where obviously local youths driven organizations can take the lead and facilitate.

Many more options could be discussed and analyzed highlighting how important partnerships can be to promote social change through volunteers.  Volunteering is a bridge to connect different people coming from the different background.

Serving together is a way of setting aside differences and building a new, common future. That’s the reason why, since the last 18 years, US Presidents have been remindful of importance to celebrate Martin Luther King Day every year.

The author is the Co-Founder of ENGAGE, an NGO partnering with youths living with disabilities