To play at Wimbledon, white underwear is a must 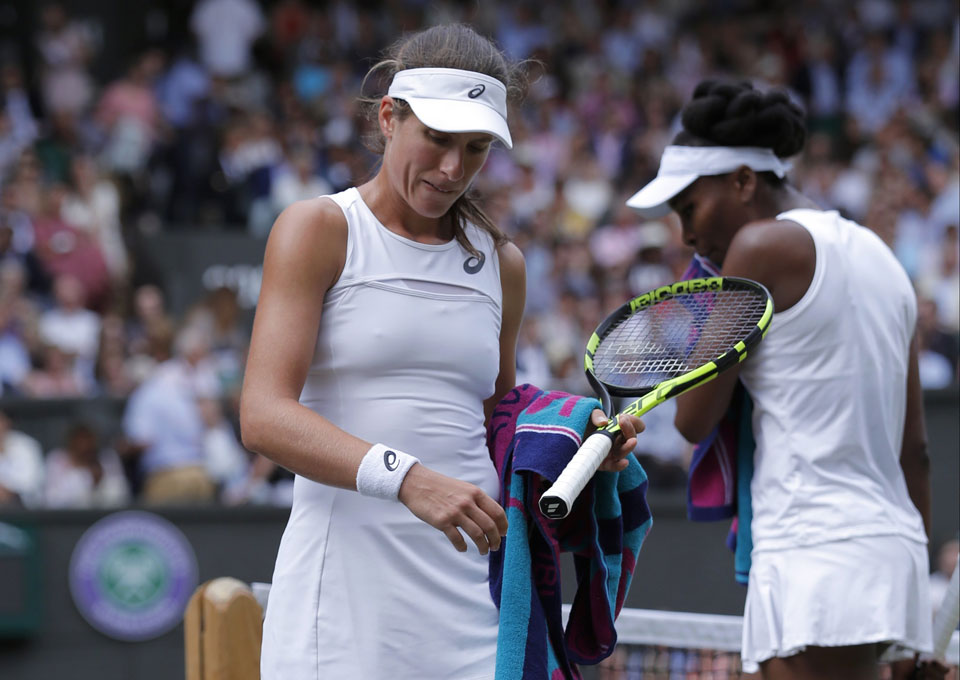 LONDON (AP) — To play at Wimbledon, even your underwear has to be white.

The All England Club has rules about how much color can be worn on court, and a few junior players seem to have run afoul of the strict standards this week.

According to the BBC, the doubles team of Zsombor Piros of Hungary and Wu Yibing of China were given white underpants and forced to change before their match on Wednesday. When the boys returned on court from the locker room, they walked to their chairs and put their darker undies into their tennis bags.

On Thursday, a different player tugged at his shorts to reveal the top his underwear to an official while standing at the net before the match.

"It is our preference that any issues regarding the 'all-white' rule and undergarments are discussed and dealt with between matches," the All England Club said in an email. "Unfortunately, we have been made aware of a couple of instances where this was not the case, but we will ensure this happens in the future."

Wimbledon tightened its all-white clothing policy in 2014, and even Roger Federer complained about it that year. He harkened back to the days when past champions such as Stefan Edberg and Boris Becker had some color in their clothing.

But All England Club chief executive Richard Lewis said in a statement at that time that "the rule is almost entirely in white."

"We felt the time was right to make accessories such as undergarments, headbands and wristbands consistent with the policy we were applying to the shirts, shorts and socks," Lewis said then.

At the start of this year's tournament, Venus Williams was wearing pink under her tennis dress. She was asked about it after her first round win, but had no intention of answering.

"What pink bra?" Williams said. "I don't like talking about bras in press conferences. It's weird."

For poverty-stricken Rolpa kids work is better than play

ROLPA, April 19: Gautam BK is just 13-years-old. The government policy promises free education for the children of his age. However,... Read More...

As industries grow, there is a bigger role for technology to play

What’s the matter with China?
7 hours ago