To my non-American friends 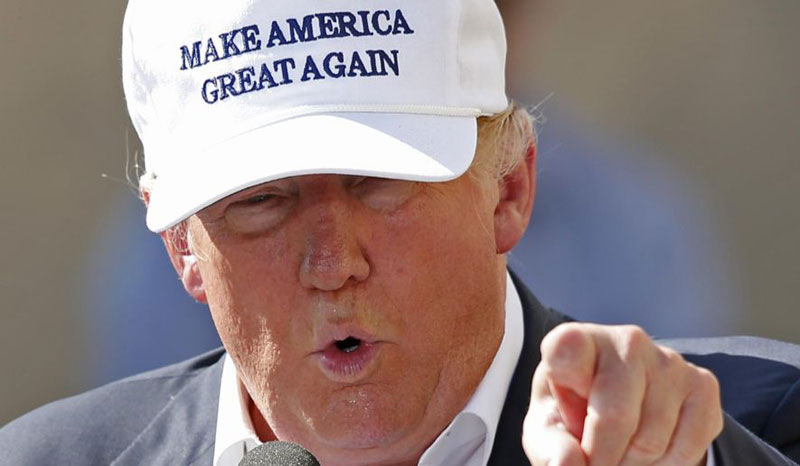 Sometimes my friends talk as though the sky is falling and ask if Trump is as dangerous a narcissist as Mussolini. I tell them not to panic
I frequently travel overseas, and invariably my foreign friends ask, with varying degrees of bewilderment: What in the world is going on in your country? Here is what I say.

First, do not misinterpret the 2016 election. Contrary to some commentary, the American political system has not been swept away by a wave of populism. True, we have a long history of rebelling against elites. Donald Trump tapped into a tradition associated with leaders like Andrew Jackson and William Jennings Bryan in the nineteenth century and Huey Long and George Wallace in the twentieth century.

And yet Trump lost the popular vote by nearly three million. He won the election by appealing to populist resentment in three Rust Belt states—Michigan, Pennsylvania, and Wisconsin—that had previously voted Democratic. If a hundred thousand votes had been cast differently in those states, Trump would have lost the Electoral College and the presidency.

Research by the Princeton economists Anne Case and Angus Deaton shows that the demographic trends among lower-income whites without a college degree are worse than those for African-Americans, who historically anchored the lower extremes of inequality. In 1999, mortality rates among whites with no college were around 30 percent lower than those of African-Americans; by 2015, they were 30 percent higher.

Moreover, manufacturing employment, once a prime source of high-paying jobs for working-class whites, has fallen sharply over the last generation, to just 12 percent of the workforce. These previously Democratic voters were attracted by Trump’s promises to shake things up and bring back manufacturing jobs. Ironically, Trump’s efforts to repeal President Barack Obama’s health-care legislation would make their lives worse.

The second thing I tell my foreign friends is not to underestimate Trump’s communications skills.

Many are offended by his tweet storms and outrageous disregard for facts. But Trump is a veteran of reality television, where he learned that the key to success is to monopolize viewers’ attention, and that the way to do that is with extreme statements, not careful regard for the truth.

Twitter helps him to set the agenda and distract his critics. What offends commentators in the media and academia does not bother his supporters. But as he turns from his permanent self-centered campaigning to trying to govern, Twitter becomes a two-edged sword that deters needed allies.

Third, I tell my friends not to expect normal behavior. Normally, a president who loses the popular vote moves to the political center to attract additional support. This is what George W Bush did successfully in 2001. Trump, by contrasts, proclaims that he won the popular vote and, acting as though he really did, appeals to his base voters.

While Trump has made solid centrist appointments to the Departments of Defense, State, and Homeland Security, his picks for the Environmental Protection Agency and the Department of Health and Human Services are from the extremes of the Republican Party. His White House staff is divided between pragmatists and ideologues, and he caters to both.

Fourth, no one should underestimate US institutions. Sometimes my friends talk as though the sky is falling and ask if Trump is as dangerous a narcissist as Mussolini. I tell them not to panic. The US, for all its problems, is not Italy in 1922. Our national political elites are often polarized; but so were America’s founders.

In designing the US Constitution, the founders’ goal was not to ensure harmonious government, but to constrain political power with a system of checks and balances that made it difficult to exercise.

The joke goes that the founders created a political system that made it impossible for King George to rule over us—or for anyone to ever do so. Inefficiency was placed in the service of liberty.

It is still early in the Trump presidency, and we cannot be sure what might happen after, say, a major terrorist attack. So far, however, the courts, the Congress, and the states have checked and balanced the administration, as Madison intended. And the permanent civil servants in the executive departments add ballast.

Finally, my friends ask what all of this means for American foreign policy and the liberal international order led by the US since 1945. Frankly, I don’t know, but I worry less about the rise of China than the rise of Trump.

While American leaders, including Obama, have complained about free riders, the US has long taken the lead in providing key global public goods: security, a stable international reserve currency, relatively open markets, and stewardship of the Earth’s commons. Despite the US-led international order’s problems, the world has prospered and poverty has been reduced under it. But one cannot be sure it will continue. The US will need to cooperate with China, Europe, Japan, and others to manage transnational problems.

During the 2016 campaign, Trump was the first major party candidate in 70 years to call the American alliance system into question. Since taking office in January, statements by Trump and his appointees suggest that it is likely to persist. American hard and soft power, after all, stems largely from the fact that the US has 60 allies (while China has only a few).

But the stability of the multilateral institutions that help manage the world economy and global commons is more uncertain. Trump’s budget director speaks of a hard-power budget, with funds cut from the State Department and the United Nations system. Other officials advocate replacing multilateral trade deals with “fair and balanced” bilateral arrangements. And Trump is repudiating Obama’s efforts to address climate change. I tell my friends I wish I could reassure them on these issues. But I cannot.

The author is a professor at Harvard and author of  “Is the American Century Over?”

BANKE, August 19: The neighbors are busy reconstructing his house. They are retrieving the buried household goods. But 36-year-old Kamilal... Read More...