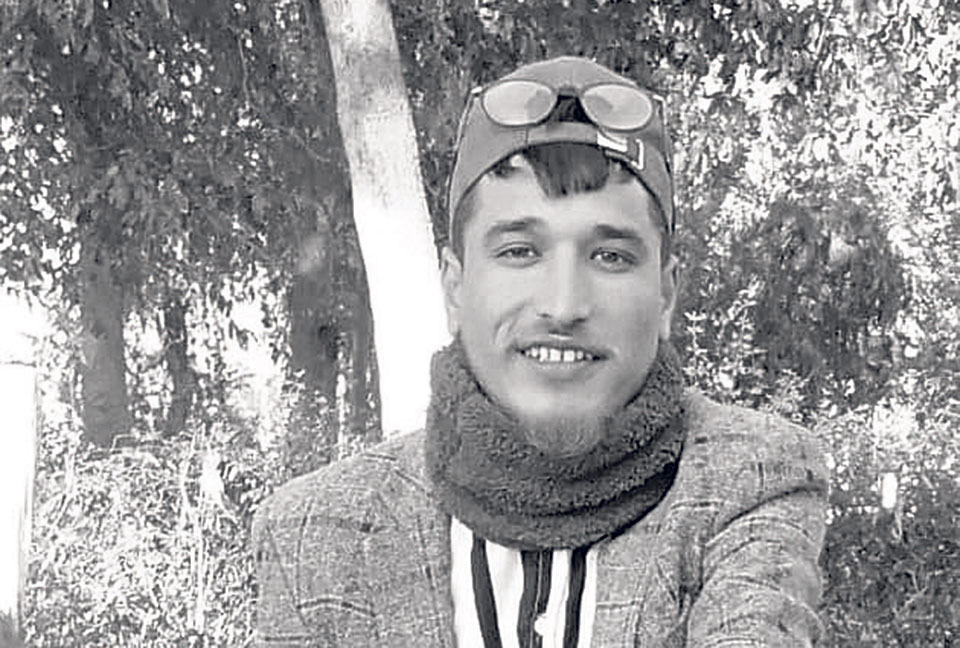 BIRENDRANAGAR, Jan 29: Birendranagar market remained tense throughout the day on Monday following the death of one Keshar Singh, 20, of Muhabai Rural Municipality of Kalikot. The local administration has imposed an overnight curfew to bring the situation under control. The curfew will be in effect in the market area from 6:30 pm Monday to 6 am Tuesday.

Singh was riding a motorbike at Birendranagar-3, near the market when a tipper truck hit him. According to the deceased's cousin Pratima Singh, he was talking on the phone when the accident took place. Reportedly, the tipper hit him and re-hit him by driving on reverse gear.

According to Nirmal Bista, a relative of the deceased, the tipper truck had dragged him around 20 meters after hitting him. She has claimed to have witnessed it.

Family and kin of the deceased had closed down the market and obstructed the road demanding punishment to the driver and compensation for the victim family. As tension grew, they even set some police beats on fire. The police had to open fire to disperse the mob. Seven police personnel were injured in the clash, according to police.

The deceased's was the eldest of his four siblings.

BIRATNAGAR, Jan 29: Following the death of a girl who was mowed down by a tipper-truck at Sundar Haraincha-9 of... Read More...

Birendranagar to be made bicycle city

A traitor like Madhav Nepal has no space in the party: UML Chairman Oli
23 hours ago
Only 16 percent of construction of Kathmandu-Terai expressway completed in past four years
23 hours ago