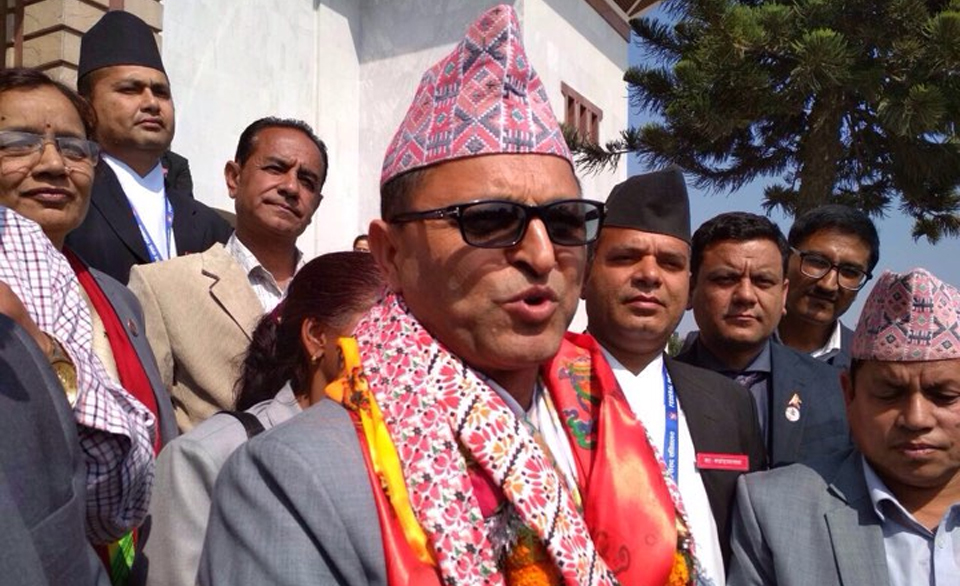 Senior-most member of the upper house announced Timilsina, who was the only one to file his candidacy for the post, as the chairman in the NA meeting today, Bharat Gautam, spokesperson of the parliament's secretariat said.

Post victory, Timilsina said that he’d act objectively, without any party adherence to ensure that all NA members are treated equally. “I will treat everyone equally because it will help to shape the country’s future.”

President Bidya Devi Bhandari will administer oath on Thursday to newly elected NA Chairman Timilsina. The President is scheduled to take the oath from Chief Justice at 4 PM today.

Timilsina is backed by both the CPN-UML and the CPN (Maoist Center).