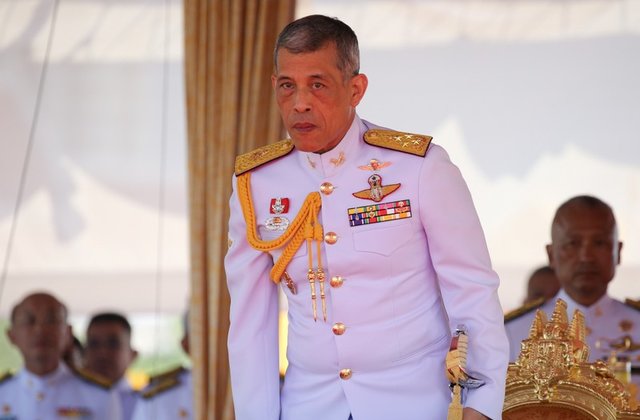 BANGKOK, April 6: Thailand began elaborate rituals on Saturday leading to the coronation of King Maha Vajiralongkorn, who will be officially crowned in ceremonies from May 4 to 6.

Vajiralongkorn, 66, also known as Rama X, ascended the throne after the 2016 death of his beloved father, King Bhumibol Adulyadej, who reigned for 70 years.

The coronation is being held after a period of mourning for the late king.

The following is a list of rituals and events.

- April 6: The gathering of waters from all 76 provinces and Bangkok to be blessed and used for the sacred water ritual in the Royal Coronation Ceremony.

- April 8-12: Consecration rites for the collected waters at Buddhist temples nationwide. The sacred waters are transferred from 76 provinces to the Ministry of Interior in Bangkok.

- April 18: The sacred waters from all 76 provinces and the Grand Palace are combined and transferred to Wat Suthat, one of Bangkok’s oldest and most important temples, for a final consecration rite.

- April 19: The holy waters are taken in a procession from Wat Suthat to be kept at the Temple of the Emerald Buddha for the Royal Purification on May 4.

- April 22: Ten monks chant prayers at the Temple of the Emerald Buddha.

- April 23: Brahmin astrological ceremony interprets the horoscope of the new monarch. The ceremony at the Temple of the Emerald Buddha also inscribes Vajiralongkorn’s official title and seal on the Royal Golden Plaque.

- May 2: Vajiralongkorn pays homage to his ancestors at monuments around Bangkok.

- May 3: The Royal Golden Plaque with the king’s official titles, horoscope, and seal is transferred from the Temple of the Emerald Buddha to Baisal Daksin Throne Hall.

He then proceeds to Bhadrapitha Throne to be officially crowned.

- May 5: The king is borne by palanquin in a royal procession around Bangkok to greet the public.

- May 6: The king grants audiences to the public and later to ambassadors and dignitaries.

An elaborate three-day ceremony is planned for the official coronation of Thailand’s King Maha Vajiralongkorn, who ascended the throne after... Read More...

BANGKOK, May 4: Thai King Maha Vajiralongkorn on Saturday completed Buddhist and Brahmin rituals to symbolically transform him into a... Read More...