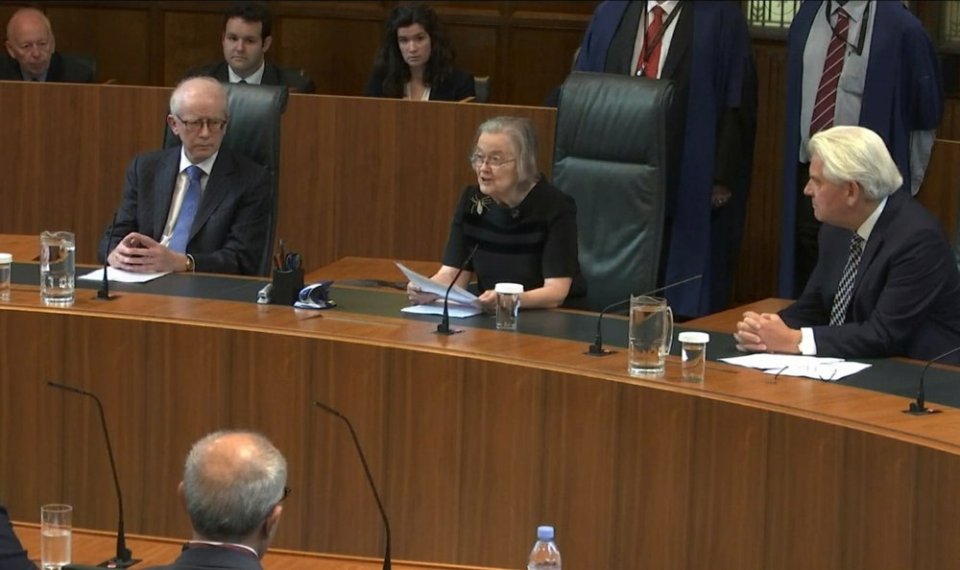 In this image taken from video made available by the Supreme Court in London on Tuesday Sept. 24, 2019, senior judge Brenda Hale reads a ruling. In a setback for Prime Minister Boris Johnson, Britain's Supreme Court has ruled that the suspension of Parliament was illegal. The ruling Tuesday is a major blow to the prime minister who had suspended Parliament for five weeks, claiming it was a routine closure. (Supreme Court via AP)

LONDON, Sept 24: Britain’s Supreme Court is set to rule Tuesday on whether Prime Minister Boris Johnson’s five-week suspension of Parliament was legal. Here’s how we got here.

July 24, 2019: Boris Johnson becomes prime minister after winning a party leadership contest to succeed Theresa May. He vows to leave the European Union on Oct. 31, with or without a deal.

Aug. 28: Johnson suspends Parliament for a five-week period ending Oct. 14. Queen Elizabeth II approves his request, as she is required to do under Britain’s constitutional monarchy. He says it is a routine decision to set the stage for announcement of his new domestic agenda, but House of Commons Speaker John Bercow calls it a “constitutional outrage.”

Aug. 29: Activist Gina Miller launches legal action against Johnson at the High Court in London. Her case is subsequently joined by former prime minister John Major and others.

Aug. 30: In a separate case, a judge in Scotland refuses to grant an emergency measure blocking the suspension of Parliament but schedules a full hearing at a later date.

Sept. 4: The Court of Session in Scotland rejects the bid to have the suspension declared unlawful.

Sept. 5: The High Court in London hears Miller’s case against the suspension. Her lawyers argue the move was an “unlawful abuse of power” by the prime minister.

Sept. 6: The High Court in London rejects Miller’s case. She vows to take it to the Supreme Court.

Sept. 11: The Inner House of the Court of Session in Scotland rules that the suspension was illegal and was intended to “stymie” Parliament ahead of the Brexit deadline.

Sept. 17: A three-day hearing on both cases begins at the Supreme Court, with 11 justices presiding.