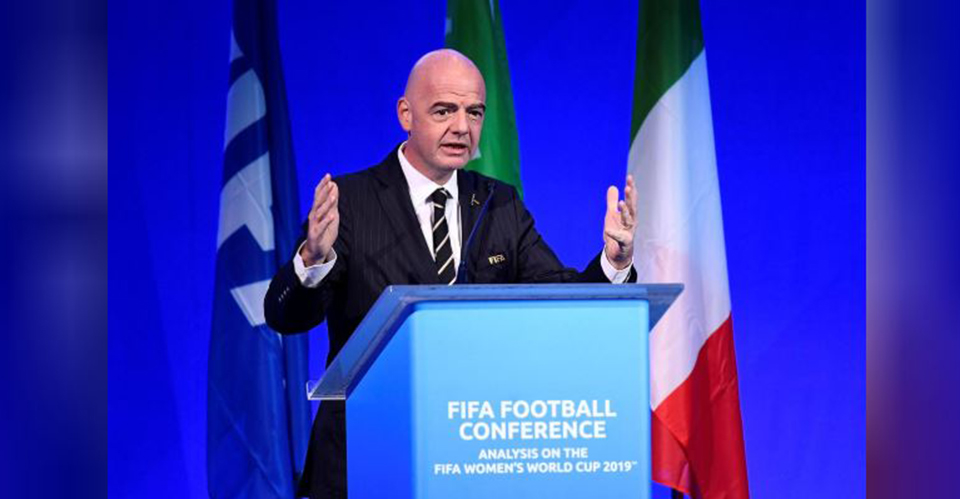 MILAN, ITALY, Sept 23: FIFA president Gianni Infantino has urged Italian soccer authorities to hand out stadium bans for supporters guilty of racism after another incident in a Serie A match between Atalanta and Fiorentina on Sunday.

Play was briefly suspended after Fiore’s Brazilian wing-back Dalbert reportedly told referee Daniele Orsato he had been the target of racist abuse from fans at the Stadio Ennio Tardini in Parma, where Atalanta are based while their ground is revamped.

An announcement was read over the stadium loudspeaker urging supporters to stop and the game, which finished 2-2, then continued, but Infantino believes the problem must be taken more seriously.

“Racism is combatted with education, condemnation and discussion,” said the FIFA chief, who was a guest on a programme aired by Italian state broadcaster Rai.

“You can’t have racism in society or in football. In Italy the situation hasn’t improved and this is serious. You need to identify those responsible and throw them out of the stadiums. You need, as in England, the certainty of the penalty. You can’t be afraid to condemn racists, we need to combat them until they stop.”

On Tuesday, Cagliari escaped punishment for alleged racist behaviour by their fans after monkey noises were heard being aimed at Inter Milan’s Belgium striker Romelu Lukaku.

LYON, July 4: FIFA has denounced “ill-informed and unjustified” criticism of its president, Gianni Infantino, after the coach of the... Read More...

Imported chemical fertilizers being supplied to districts
25 minutes ago