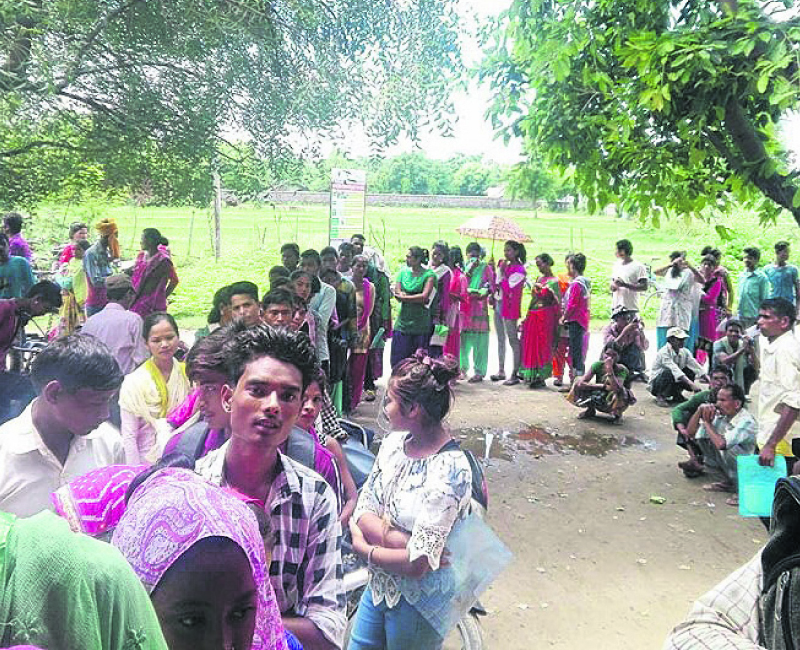 TIKAPUR, July 25: In view of the upcoming provincial and parliamentary elections, a large number of people are seeking citizenship in Kailali district.

According to Tikapur Area Administration Office, on an average 125 to 150 individuals are getting citizenship from the office daily. Officials attribute this to the upcoming elections and SEE exam. Citizenship is mandatory to get registered with the Election Commission's voter roll.

Currently, the election body is conducting nationwide voter registration campaign before allowing them to cast votes in the provincial and central parliamentary elections scheduled for October and November respectively.

Basanta Bohora, chief officer at the Area Administration Office, said, "We are providing this service to nearly 45 percent of the population but the employee to people ratio is very low. I have been here for seven years and have not had any other duties besides recommending citizenships."

Number of people getting citizenship doubled in Kohalpur

KOHOLPUR, July 24: In Banke, the number of people applying for the citizenship certificate has been doubled. ... Read More...

TIKAPUR, Nov 1: Tikapur Park in Tikapur of Kailali is becoming a destination among domestic tourists. The number of visitors to... Read More...

Number of people leaving valley for Dashain on the rise

KATHMANDU, Sept 24: With the start of Dashain festival, the flow of the festival celebrators leaving Kathmandu valley for their... Read More...