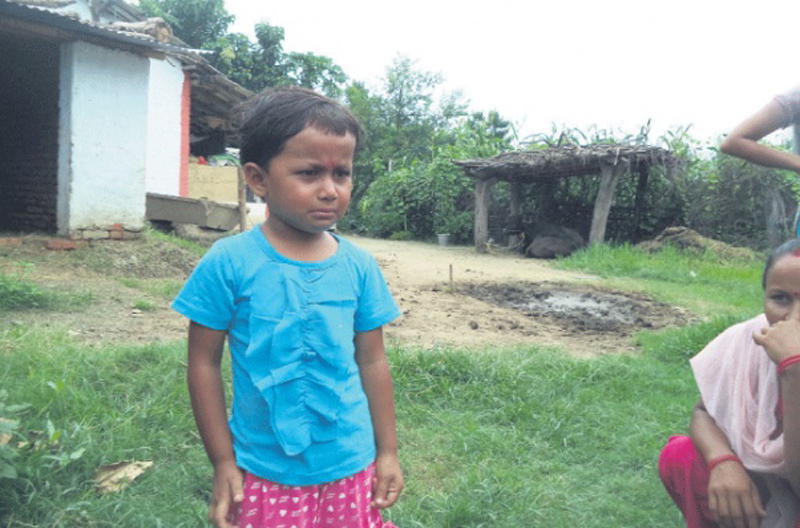 Those who masterminded the attack that led to the henious killings of eight unarmed policemen are walking free with political protection
In my visit to Tikapur last week, almost a year after the heinous killings of eight unarmed policemen and a toddler by a frenzied mob, I interacted with a few residents who are still hunted by the deadly incident. People from both Pahadi and Tharu communities are still grappling with fear. Some families from Pahadi community have migrated to the hills while most Tharus have migrated to India. Local Peace Committee had been formed to reconcile Tharu and Pahadi communities and ensure harmony. But it has become dysfunctional as local Tharu community has refused to be part of it. Thus it is urgent to narrow down the differences between these two communities which lived in harmony for years.

Tharus are resilient people. They battled malaria until the Malaria Eradication Project was launched in the 1950s with the help of World Health Organization (WHO). Known for tolerance, it is still hard to believe that they were so violent against security forces.

Tikapur carnage witnessed grave human rights violations. The culprits should have been punished as per the law while also ensuring not a single innocent was prosecuted. But the opposite has happened. Those who masterminded the attack are walking free with political protection while innocents are forced to sign confession notes admitting to the crimes they never committed.

The recent report of Amnesty International proves the long-held fears of reprisal against Tharu community. The report shows that a number of people from indigenous Tharu community were subjected to arbitrary arrests, torture and other ill treatment at the hands of police in connection with the August 24 incident.

Eighteen out of 19 detainees interviewed by Amnesty International said they had been tortured from the moment the police took them into custody. Though Nepal Police claims to be using scientific means to deal with detainees, prisoners claim that they were mercilessly beaten with bamboo sticks, boots and plastic pipes until they fell unconscious.

Nepal Police rubbished the AI report as baseless and biased. But reports by other human rights organizations have also corroborated the claims of AI report. According to Champa Patel, South Asia Director of Amnesty International, Tharu community has long suffered marginalization and been denied human rights. These cases are not an aberration but part of a longstanding pattern of police abuse against the Tharu community, Patel said.

A case in point is vandalizing of shops and houses of the Tharu community who defied the curfew enforced by local administration after Tikapur carnage. Police claims to have arrested four people in this connection but they were never made public. Many believe looting and vandalism were state-assisted revenge against Tharu community. Even today nobody has received compensation for looting and vandalism of their private properties.
This has further alienated the Tharu community.

Needless to say, faulty province demarcations spurred the Tharuhat movement. Thus the government needs to immediately try to forge political consensus on the issue, including Tharus in the process. Attempts to suppress Tharus, on the other hand, will backfire.

There are 1,737,470 Tharus in Nepal, according to 2011 census, making them Nepal’s fourth largest indigenous group. More than 50 percent of them live in four districts of mid- and far-western Tarai. About 322,000 Tharus live in Kailali alone. The current federal setup has done injustice to Tharu community as they have been divided among proposed 5, 6 and 7 provinces.

The major dissatisfaction stems from inclusion of Kailali and Kanchanpur districts in a federal province dominated by hill people.

These far-western districts saw the worst form of violence during the 2012 movements for undivided Far-west and Tharuhat states. The supporters of Tharuhat and undivided Far-west clashed for months. This, among other factors, led to the unceremonious dissolution of the first Constituent Assembly.

Thus unless major parties settle boundaries to the satisfaction of Tharu community, it will be hard to restore peace between Pahadi and Tharu communities in Nepal’s far-west.

TIKAPUR, July 29: Dozens of stray cattle, most of them too old to walk, look exhausted and directionless as they... Read More...

TIKAPUR, July 29: When dark clouds start hovering in the sky, heartbeats of the locals of Dhansingpur and Narayanpur start... Read More...

COVID-19 patient runs away from Janakpur hospital
18 hours ago

Upper Tamakoshi Project likely to be delayed
13 minutes ago