Three weeks on, Oli yet to name 11 ministers 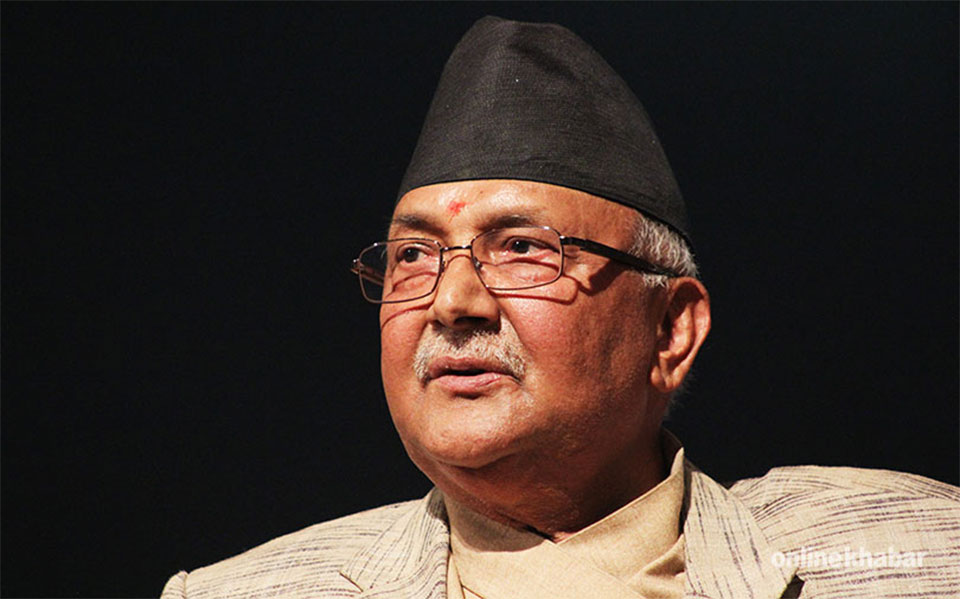 KATHMANDU, March 9: Prime Minister KP Oli has failed to give full shape to the cabinet even three weeks after he took charge of the government, and this is due to lack of any breakthrough in talks to bring the two Madhes-based parties on board the ruling coalition.

Oli, who was appointed  head of the government on February 15, two months after he guided the left alliance to poll victory, is yet to induct 11 ministers into the cabinet.

Leaders of the ruling alliance said that the cabinet expansion was put on hold in view of ongoing consultations with the Federal Socialist Forum Nepal (FSFN) and Rastriya Janata Party Nepal (RJPN).

New ministers would be inducted as soon as a power-sharing deal is hammered out with the two parties, they said.

The ruling coalition has inched closer to a deal with FSFN while talks with RJPN are ongoing, according to UML senior leader Subas Nembang.

Out of the 11 ministerial posts that are yet to be filled, FSFN and RJPN, respectively the fourth and fifth largest parties in parliament, are likely to get five portfolios.

Leaders said intraparty feuding over portfolios in UML and the Maoist Center  is also responsible for the delay. They said that UML and Maoist Center are certain to keep seven of the ministries but are unable to pick suitable candidates due to internal tussles.

More than a dozen powerful leaders within UML are in the race for five of the portfolios. The party is under growing pressure to induct new face and those from the Janajati and marginalized communities.

Maoist Center is also struggling to finalize ministerial names as a dispute between  old faces and new ones shows no sign of ending. Maoist Chairman Pushpa Kamal Dahal is already  under huge pressure from a section of the party for allowing Ram Bahadur Thapa and others who had deserted the mother party to return to the fold.

Minister for Industries and Supplies Matrika Yadav said lack of clarity on the allocation of portfolios was preventing the ruling coalition from inducting new ministers. He said the cabinet would get full shape once there is a deal with the two tarai-centric parties.

In a bid to lead one of the most powerful governments in the recent history of Nepal, Oli is trying to bring both FSFN and RJPN on board. He resumed coalition talks with RJPN after inching closer to an agreement with FSFN on constitution amendment .

In talks held at his residence Tuesday, PM Oli had formally requested RJPN coordinator Mahantha Thakur to join the government and Thakur had responded positively. Second rung leaders from the UML are also holding informal discussions to facilitate a deal.

“Talks are still in too early a stage to say anything about power-sharing. But a deal is likely if Oli maintains the current flexibility,” RJPN coordinator Rajendra Mahato said.

Both FSFN and RJPN have similar stances on  constitution amendment and more or less equal strength in  parliament. The two parties have put forth revision of the statute as a precondition for joining the government.

For the left alliance, a coalition pact with the FSFN will strengthen the chances of government stability. It will also help the left restore the trust of Madhesi constituents who remain skeptical of the alliance due to its past stance on  amendment.

It could also pave the way for the left to join the government in Province 2, the sole province where the left alliance is not in power, or have a greater say in  governance there.

For the FSFN and RJPN, joining a coalition is the best chance of becoming  part of a government  which is expected to be in power for a full five-year term.

Much ado about ministers for Oli govt