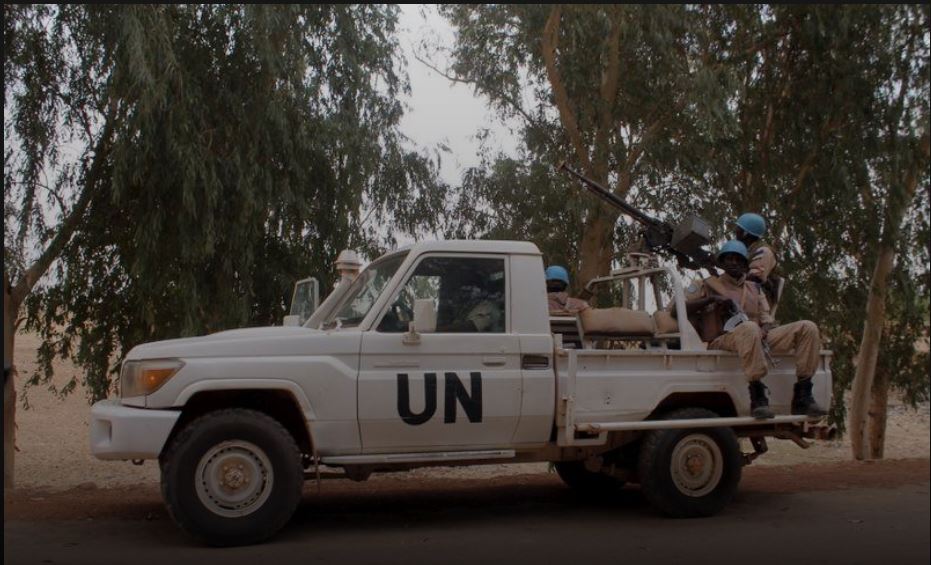 UN peacekeepers patrol in the northern town of Kouroume, Mali May 13, 2015. Kourome is 18 km (11 miles) south of Timbuktu. REUTERS/Adama Diarra

BAMAKO, Jan 14: Three United Nations peacekeepers were killed and six wounded in central Mali on Wednesday after a convoy struck an explosive device and came under fire, the U.N. said in a statement.

It was not clear who carried out the attack about 20 kilometres (12 miles) north of the town of Bambara-Maoudé in the Timbuktu region.

Islamist groups linked to al Qaeda and Islamic State operate in the region and have made much of the West African country ungovernable.

The dead peacekeepers were from Ivory Coast, the country’s defence ministry said in a statement.

The U.N. mission in Mali, known as MINUSMA, has over 13,000 troops to contain violence caused by various armed groups in the north and centre of the country.

The mission has recorded about 230 fatalities since then, making it the deadliest of the U.N.’s more than dozen peacekeeping missions.

BAMAKO, Nov 15: At least 20 people were found dead after an attack on a Fulani village in central Mali, where... Read More...

NAWALPARASI, May 30: Three persons were killed and 22 others sustained injuries when a bus collided with a lorry at... Read More...

India, 'pharmacy of the world', starts COVID vaccine shipments to neighbours
22 hours ago
Two edible oil producers slapped cash fine of Rs 300,000 each for charging exorbitantly high prices for their products
8 hours ago

On Day One, Biden targets Trump policies on climate, virus
6 hours ago