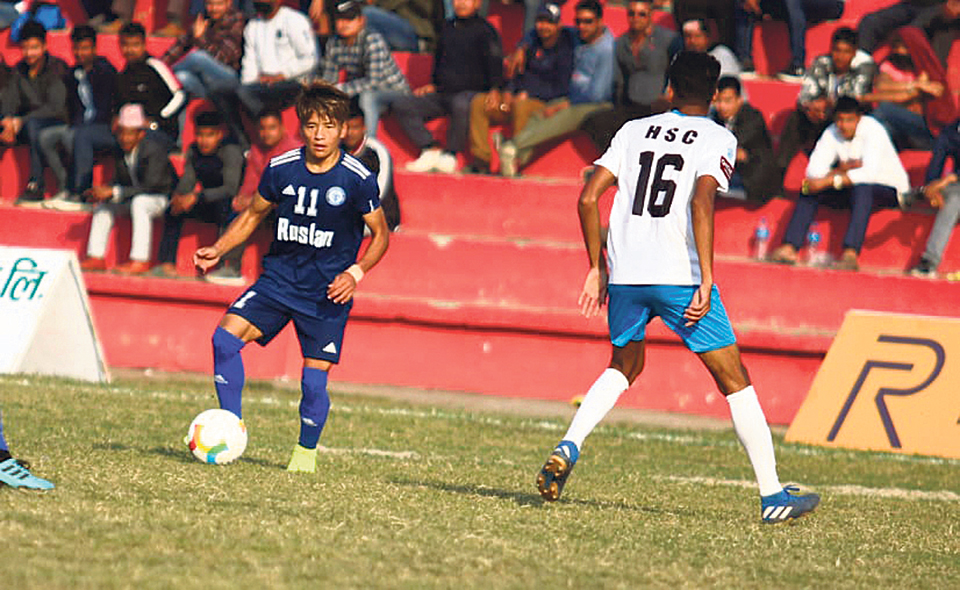 Rai headed a corner from Ashok Khawas into the goal in the 24th minute at the Dhangadhi Stadium, which was the only move worth remembering throughout the game.

Both A-Division clubs lacked attack and pace in the both halves as the ball remained in the midfield most of the time.

Sherpa had a chance to take the lead in the ninth minute but Tri Dev Gurung’s shot went wide.

Sherpa could have defied Three Star’s early lead in the final minutes of the first half, had Rajan Pun utilized a mistake from captain Bikram Lama. But Pun’s shot was comfortable saved by Three

“Himalayan Sherpa was better than us today. But we converted the only chance and we won,” said Three Star coach Meghraj KC.

“We needed a win to advance into the final, not a bigger goal difference. Yet, I am happy we went through.”

KC said his side will play an improved performance in the final.

“We have given opportunity to youths from A-Division league. We trust the youth players. I believe they will play better in the final because they are only a step away from the title,” KC said.

“Although we gave our best, we could not produce a result,’ said Sherpa coach Sushil Tamang.

“We had some golden chances but we failed to convert them. Three Star got one and they did not waste it,” he added.