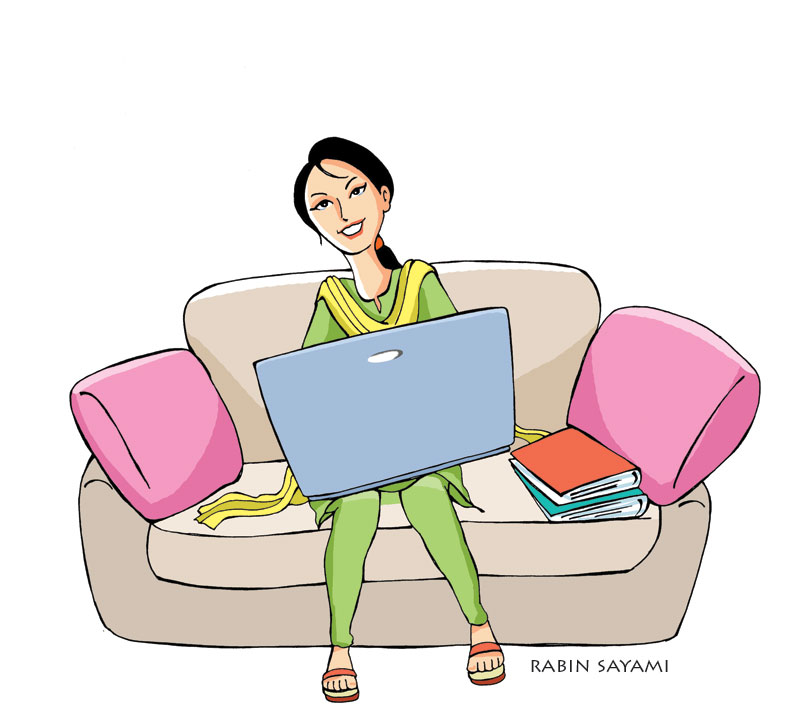 KATHMANDU, Aug 30: Most of us make bad decisions every day. We eat too much despite being full, we spend too much when we should be budgeting, we drive when we should walk, and we choose not to resign from jobs we hate.

There’s probably no way to avoid making poor choices altogether, but we might be able to make better ones a bit more often—even with some unexpected methods. Here’s a look at three scientific findings that suggest offbeat but potentially effective ways to improve your decision making.

Dim the Lights
Emotion is one of the biggest enemies of effective decision making. When we feel strong emotions, our choices tend to be overly influenced by what feels important right now, even if they wind up creating poorer outcomes over the longer term.

To see if they could reduce the impact of emotion when making decisions, researchers from the University of Toronto Scarborough investigated the impact of a simple trick: dimming the lights. Alison Jing Xu and her colleagues from the Rotman School of Management set up several experiments in which people had to rate their perceptions and decisions in relation to a variety of objects and people, ranging from the spiciness of chicken-wing sauce to the aggressiveness of a fictional character.

Participants’ emotional reactions to these things were significantly more intense while under bright lights than they were under dim lighting conditions. For example, those seated in a brightly lit room opted for spicier chicken-wing sauce than those sitting in a dimly lit room. Xu hypothesized that bright lights are associated with heat, and this perception of heat may trigger more intense emotions. When we make decisions under those lights our emotional intensity increases.

So when you need to make a decision and don’t want to let your emotions lead you to make irrational choices, try dimming the lights. And on the flipside, if you sell a product that’s associated with emotional intensity (like engagement rings), turning “up” the lights may lead people to experience more intense emotions—and boost the likelihood of making a purchase.

Watch an object move in a clockwise direction
When it comes to making choices about innovation, like deciding which idea to move forward with, you can’t afford to let cognitive biases—such as “status quo bias”, which leads us to prefer the way things currently are—get in the way of choosing wisely.

Here’s a weird but potentially effective method to prime yourself to be more open to novel ideas: watch something move in a clockwise direction. A team of German researchers found that after simply observing an object move clockwise, test subjects became more likely to prefer creative ideas—in other words, overriding status quo bias. What’s more, they found that watching objects move clockwise, as opposed to counterclockwise, led to people feel more open to having new experiences, a personality trait that psychologists have previously thought to be relatively fixed.

By priming our brain for this shift in focus, we may start to prefer more novel ideas and stimuli we otherwise wouldn’t.

So before making a decision where it would help to eliminate your bias for the familiar, try simply keeping an eye on the hands of an analog clock before you get down to analyzing your options.

Wait Until You Have To Pee
You read that correctly! Research from the Netherlands investigated the impact of having a full bladder on decision-making quality.

In one study, participants either drank five full glasses of water in a short space of time, while others took just a few sips. After waiting a while for the water to reach participants’ bladders, they were asked to choose between receiving $16 tomorrow or $30 in 35 days. Those with full bladders were more likely to opt for waiting longer to receive more cash.

The researcher behind the study, Mirjam Tuk, found these results surprising. Previous research suggests that having to restrain yourself from doing something actually wears down our decision-making abilities, so Tuk might have expected the reverse affecting the test subjects who had to pee. However, Tuk suggested that these results may actually override that principle because bladder function is largely automatic and unconscious.

As is true for each of these experiments (including those on lighting and directional movement), more research is needed to confirm these findings and explore their possible implications. But in the meantime, they’re easy to put to the test yourself—unscientifically—to see if they boost your own decision making. Before you’ve got to make your next big decision, drink a few glasses of water, wait about 40 minutes, and then decide your course of action.

Take your time before making any decision

When you each know the other is on board, you'll be less intimidated to initiate and more willing to accept... Read More...