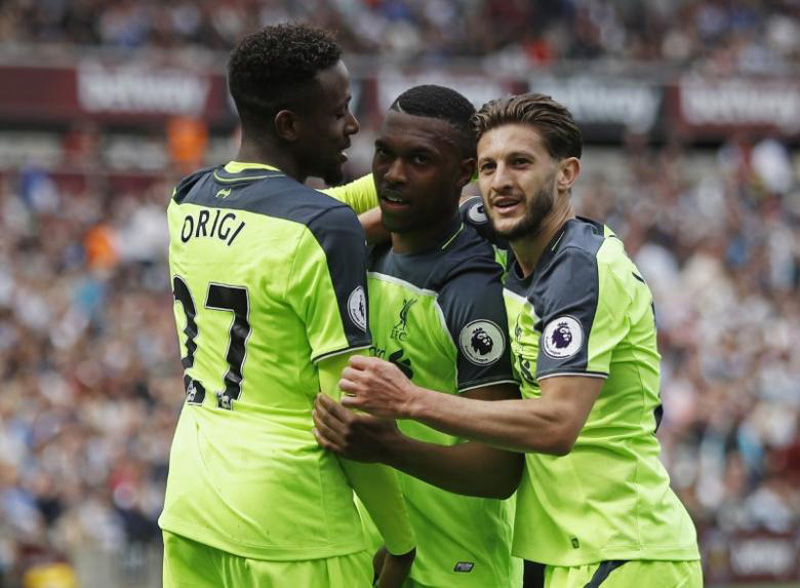 With the title and relegation issues decided, three teams will scrap for the two remaining Champions League places on the final day of the Premier League season on Sunday.

City travel to Watford knowing a win would guarantee them third spot and automatic qualification. Should fourth-placed Liverpool beat Middlesbrough, they would at least secure entry into the Champions League qualifying round.

But if either team fail to win, and Arsenal beat Everton, a playoff on a neutral ground could yet decide positions because goal difference and goals scored - the deciding factors if teams finish level - are very tight.

City (75 points, 36 goal difference, 75 goals scored) have the edge over Liverpool (73, 33, 75) and Arsenal (72, 31, 74). Put simply, Liverpool must equal Arsenal's result and could even afford to lose to Middlesbrough by a single goal and still finish fourth if the Gunners draw.

Last season Arsenal pipped rivals Spurs to an unlikely second place on the final day but even manager Arsene Wenger knows a finish outside the top four for the first time under his stewardship is now likely.

Wenger will hope Liverpool's extraordinary habit of slipping up against the league's worst teams resurfaces, although relegated Boro have not won away since August and have lost six of their past seven games on the road.

For Liverpool to clinch a top-four spot ahead of Arsenal and Manchester United, who heavily outspent them in the transfer market, would be a significant achievement and last week's vibrant 4-0 win over West Ham United, suggests Wenger should not hold his breath even if Anfield has witnessed several dismal home performances this season.

City, too, have impressed lately with three successive victories and should see off Watford, who have been slip-sliding into the summer break and are parting ways with manager Walter Mazzarri. For City boss Pep Guardiola, third is a minimum requirement from a campaign when many people's pre-season favourites have only impressed in patches.

City are one of several clubs likely to splash the cash ahead of the new season with Chelsea, who could lose Eden Hazard and Diego Costa to Real Madrid and China respectively, also expected to be busy.

The champions sign off their league campaign, before next week's FA Cup final against Arsenal, at home to Sunderland when captain John Terry is expected to make his final appearance for the club.

Old Trafford may also witness a farewell with British media speculating that Wayne Rooney could sign off after 13 years, 556 appearances and a record 253 goals for Manchester United, who play Crystal Palace.

Rooney's stellar United career is in danger of fizzling out after a season of frustration and he is unlikely to make the starting line-up in the Europa League final against Ajax next Wednesday.

April 2: Liverpool boss Juergen Klopp has vowed “there will be fire” when the Merseyside club faces Manchester City in Wednesday’s... Read More...