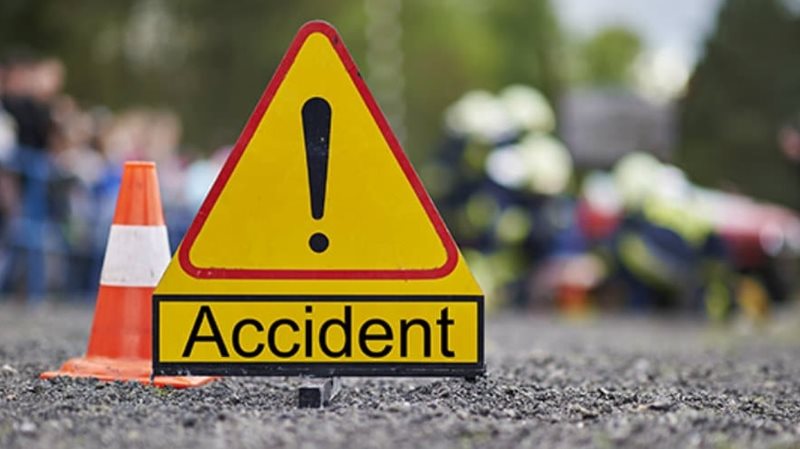 BANEPA, Feb 7: Two persons died when a tipper carrying wedding attendants met with an accident at Sunkoshi Rural Municipality-2 Kamerephant in Sindhuli district along the BP Highway on Wednesday evening.

The tipper (Ba 4 Kha 9438) carrying wedding attendants to Temal of Kavrepalanchowk from Khandadevi Rural Municipality-1, Kathore of Ramechhap district had lost its control and overturned on the roadside at around 6.30 pm.

Among the injured, twelve-year-old Dinesh Tamang and Niraj Majhi, 12, of Temal Rural Municipality-9 were taken to Trauma centre, other seven were sent to Kathmandu for further treatment and remaining are being treated at Dhulikhel Hospital.

Meanwhile, a motorcyclist died when he was hit by a commuter bus in Chitwan last night. Bhim Bahadur Thapa, 38, of Ichhakamana Rural Municipality-4, Lewatar died when the Kathmandu-bound bus (Ga 3 Kha 3269) from Muglin knocked his motorbike (Lu 5 Pa 6856) at Kurintar at around 9.45 pm, confirmed Nabin Budhathoki, Police Inspector at Muglin Area Police Office.

Police took control of the bus and driver for investigation. RSS

Fault lines of anti-trafficking discourse in Nepal
22 hours ago

Doctors conclude that Ex-PM Bhattari is not suffering from neuro-endocrine cancer, advise him to undergo immediate surgery
20 hours ago

Sun is our election symbol; EC will soon grant us the party’s legitimacy: Dahal
13 hours ago

The month since Myanmar's military coup
21 hours ago