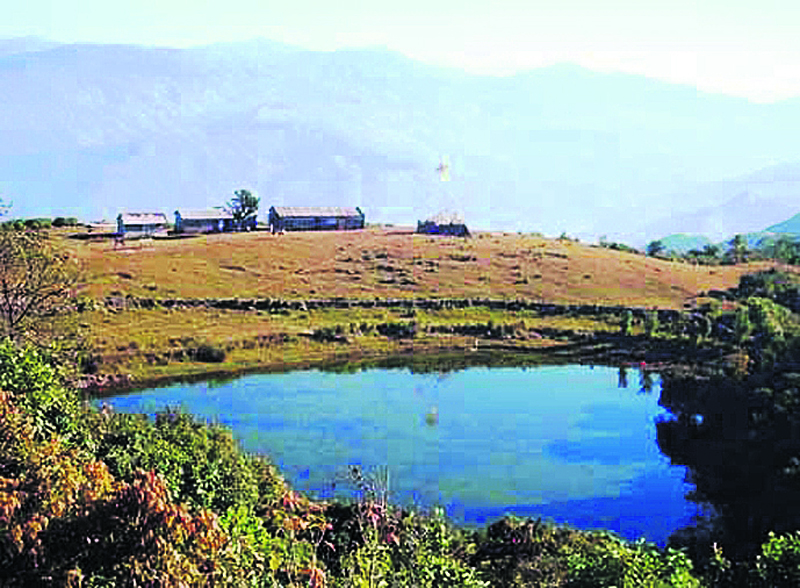 UDAYAPUR, April 15: A three-day fair has been organized on the occasion of the New Year at the Rauta Lake. The fair kicked off on Friday. Organizers said that they have been organizing the fare since a decade and that the event is motivated by commercial and social welfare objectives. “Such events help in disseminating information about our people and our cultural heritage. This boosts our growth in many ways,” said Kamala Saiju, a local of Rautamai.

The major attraction of Rauta Lake area is the view of the rising sun. Since watching the rising sun on the first day of New Year is taken as a special event in the locality, people swarm here every year. The crowd was even thicker this time, organizers said. According to a local businessman Saiman Rai, the fair has contributed greatly to the development of tourism industry in the district. “Both domestic and international tourists love to be here on the first day of the New Year. We are totally booked for the event every year,” he said. “For three days we do not have time to think anything else. It’s the busiest time of the year for us,” Rai said.

One of the visitors Balaram Rai said that that the fair is quite popular among couples. “Though families and friends do come here, it is the couples who hardly love to miss it out. It’s not very costly, and you get to enjoy a lot,” he said.

Locals said that people from all walks of life have joined the fair. Bishwojit Rai, information officer at the District Development Committee, stressed that more of such events should be organized in order to explore business opportunities across the district.

KATHMANDU, Nov 18: Fifteenth Handicraft Trade Fair, organized by the Federation of Handicraft Association of Nepal (FHAN), has kicked off at... Read More...

Bishwa Prakash's question to Oli: When will you get rid of 'Congress phobia'?
16 minutes ago