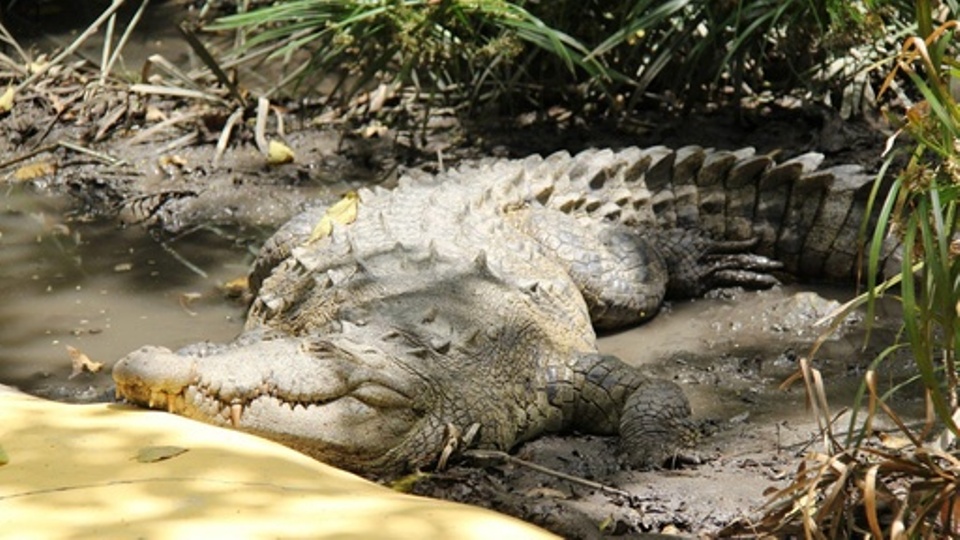 A monitoring of the crocodiles found seven trapped in fishing nets. According to assistant protection officer at the Chitwan National Park, that released the crocodiles, two were found dead in Golaghat area of Narayani and one near the Barahi hotel of Rapti river.

A post-mortem is being carried out to find the reason behind the death of the crocodiles. Earlier in October last year, two crocodiles had been found dead. Only the tail and the satellites installed on them were found. Hence, it has been suspected that the crocodiles were hunted and eaten. Meanwhile, seven crocodiles including four in Rapti and three in Narayani were found trapped in fishing nets.

The team also saw a dolphin near Bhelauji of the Narayani river. So far, 1,465 Ghadiyal species of crocodile have been released into various rivers from the breeding centre at Kasara of the national park. However, the number of the endangered species has not been able to increase. Pollution in the river is posing challenge to protecting the species.

The latest census shows that there are 118 and 101 crocodiles in the Rapti and Narayani rivers respectively. The breeding centre was established in 1978. Eggs are collected from the banks of the two rivers every year to incubate at the breeding centre.

CHITWAN, Jan 22: As many as 22 rhinos were found dead in Chitwan National Park (CNP) in the past seven... Read More...

22 rhinos die in Chitwan National Park in past nine months

CHITWAN, March 19: As many as 22 rhinos died due to natural reasons in Chitwan National Park in the past... Read More...

Door-to-door milk delivery does the magic for Tanahun farmer

TANAHUN, Oct 15: He wakes up early in the morning, often before 5 am. Then his routine begins of taking care... Read More...