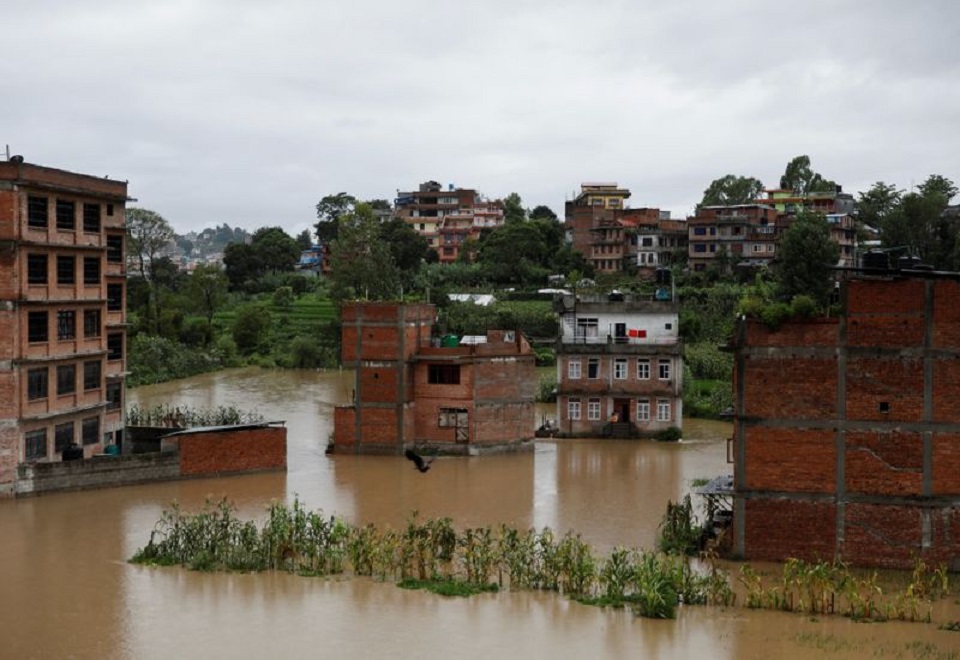 Houses are seen submerged in the waters as a river overflows due to incessant rainfall in Bhaktapur, Nepal July 20, 2020. REUERS/Navesh Chitrakar

KATHMANDU, Aug 1: Five people including three children were killed in two landslides in Nepal, raising to 175 the toll of dead since the monsoon season began in May, a home ministry official said on Saturday.

A 30-year-old woman and her three children, aged between 10 months and nine years, were killed when a landslide triggered by heavy rains swept their house away in Gulmi district in the west of the Himalayan nation on Friday, Murari Wasti said.

One person was killed in another landslide in Sunsari district in east Nepal.

Wasti said at least 108 people were missing and 52 others injured in landslides and floods since the monsoon began in May.

In India, floods caused by heavy monsoon rains have wreaked havoc. About 8 million people have been displaced and more than 110 have died since May in Bihar and Assam, two of the nation’s poorest states.

In neighbouring Bangladesh, heavy floods have submerged nearly 50,000 hectares of paddy fields, according to officials from the Agriculture Ministry.

Russia registers virus vaccine, Putin’s daughter given it
21 hours ago

Is Nepal's coronavirus different from the rest? A study will unravel the mystery of the virus structure at the genetic level
1 hour ago

Three killed, 33 others injured in bus accident in Doti
29 minutes ago