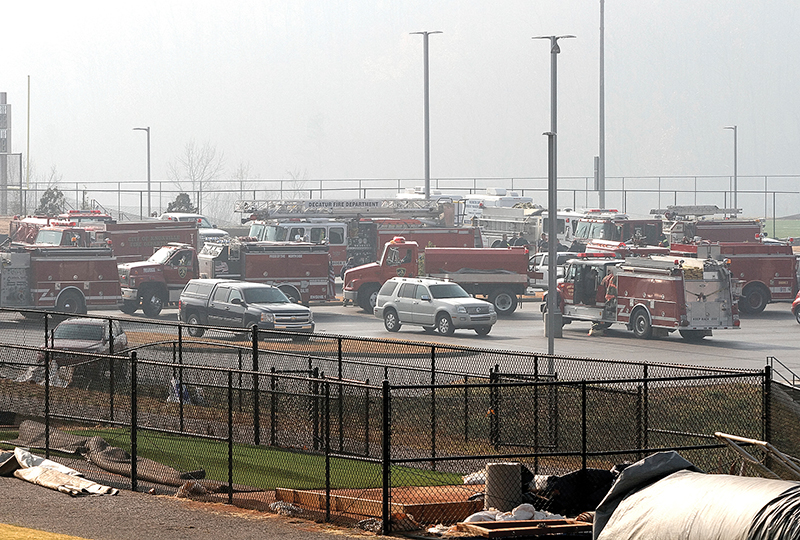 Fire trucks from Sevier and other counties around the state stage near Gatlinburg Pitman High School on Tuesday, Nov. 29, 2016 in Gatlinburg, Tenn. Hundreds of structures have apparently been destroyed with more than 1,300 people evacuated overnight Monday November 29, 2016. (AP)

Schools and offices were closed and state authorities were on alert in Tamil Nadu and Andhra Pradesh states as Cyclone Vardah neared India's southeastern coast.

Police and disaster management teams evacuated more than 15,000 people from low-lying areas, moving them to safer places as heavy rains and strong winds lashed the region. In many places, trees and electrical poles were uprooted by the rain and wind.

The meteorological office said the cyclone was expected to make landfall near the city of Chennai later Monday.

Fishermen in the two coastal states were warned not to head out, with the seas expected to be rough for the next two days.

NEW DELHI, May 26: More than 1.1 million people have evacuated low-lying areas before a cyclone hits part of India’s... Read More...