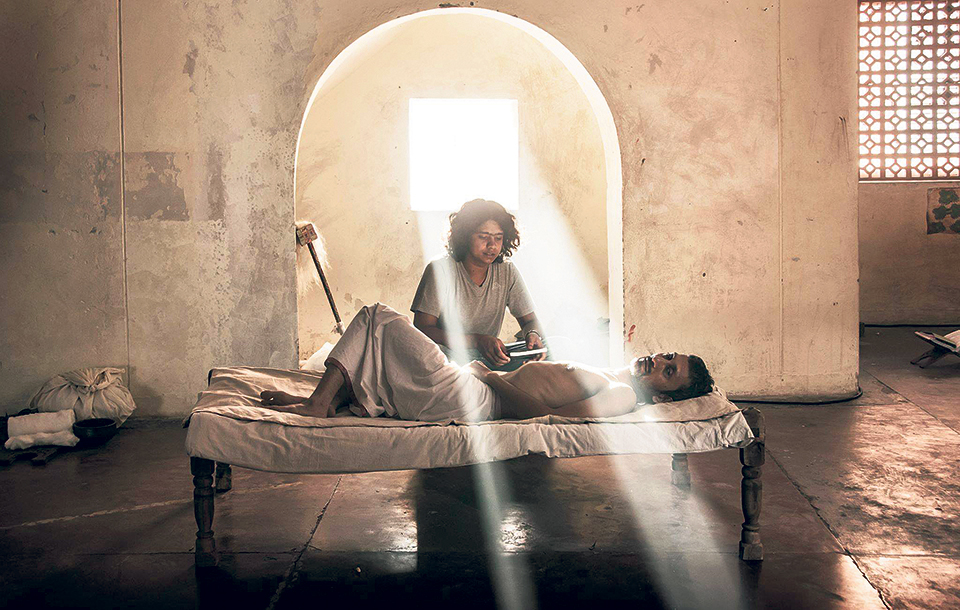 Ship of Theseus is thought-provoking but flawed. The lines spoken by the actors at times feel stiff and unnatural.

Let’s suppose that the famous ship sailed by the founder of Athens (according to Greek mythology) Theseus is kept at a harbor as a museum showpiece. As the ship is thousands of years old, its parts keep rotting away, one by one, and each part is replaced with a new one. Eventually, all parts of the ship have been replaced. And so, the question arises, is the restored ship still the same as the original one?

This paradox is called ‘Ship of Theseus’ which is what the film is named after. In this story, three strangers are connected by one man’s body (whose name we never get to know) because his organs have been donated to them. The film is directed by playwright-turned-director Anand Gandhi and was released in 2012. The film is mostly shot in the hustle-bustle of Mumbai and is in both English and Hindi.

This paradox is often used to discuss the concept of identity and self. Even in our bodies, our cells are replaced constantly and eventually we shed all the cells with which we were born. But are we still ourselves? Most of us will say yes because, as human beings, we are not just lumps of cells and tissues – we have memories, preferences, and prejudices that are unique to us and remain with us throughout our lives. However, we also constantly struggle to recognize and identify ourselves and are plagued by self-doubt, insecurities and so many unanswered questions about our existence.

And, just like us, the three characters in this film try to make sense of life around them. At the start of the film, we meet Aliya Kamal, a visually impaired photographer who uses voiceovers in her camera to take stunning black and white pictures. Eventually, with the help of a transplant, she gets her eyesight back. However, now that she can finally see, she feels overwhelmed and, ironically, constricted by what she can see and is dissatisfied with the work she has done.

The second story is about Maitreya – an erudite Jain monk – who is fighting against the ill treatment of animals by pharmaceutical companies. One day, he comes to know that he has liver cirrhosis. But he refuses to take any medication because it’s produced by the pharmaceutical companies he has been fighting against. This causes him to become malnourished and severely ill. Maitreya’s friend Charvaka, after finding out that he is refusing to take medication, asks him, “What about the violence you are committing on yourself by not taking medication?”

Finally, we meet Navin, a young stockbroker who has just gotten a kidney transplant. His grandmother who is hinted to be an activist or a social worker is alarmed by his obsession with money (evident by the fact that he carries an entire desktop set to the hospital to look at stocks). One day, Navin finds out that a poor laborer named Shanker had his kidney stolen when he went to a shady hospital for an appendectomy. At first, he thinks he is the one who has received Shanker’s kidney but, with a little research, he finds out that a man living in Stockholm has the kidney.

Navin goes to Stockholm to confront this man who after finding out that the kidney he has is stolen refuses to return Shanker’s kidney but sends Shanker money instead. Navin wants Shanker to have his kidney back but Shanker realizing that he can feed his family with the money he has been given asks him to let the whole thing go. This leaves Navin baffled and frustrated.

In all three stories, the characters experience self-doubt while working for ideals that they believe for. Alaiya feels like her work was better when she was blind, Materiya nearly dies while fighting against animal abuse and Navin finds out that his idea of justice is not practical and important to others around him.

What I particularly liked about all these stories is that they offered no definite answers to the characters’ problems. It only cemented the fact that our existence is just as confusing and conflicting for all of us, and that there is no definite truth about what’s right or wrong.

Ship of Theseus is thought provoking but flawed. The lines spoken by the actors at times feel stiff and unnatural. For me, a good film is one that makes you feel like you are watching a story unfold right before your eyes rather than something that you know is a scripted with a bunch of people reciting mugged up lines. Some plotlines are left untied and quite a few scenes add little to nothing to the story.

The camera work, however, is a breath of fresh air. It’s raw and untainted and feels personal and inclusive. The use of natural lighting is commendable and truly captures the essence of indie, experimental cinema.

The film ends with the video of the donor with a little video showing the interior of a cave. All we see are glittering, crystalline rock and the shadow of a man with the camera to his eye which, I later found out, was a reflection of Plato’s allegory of a cave. The philosopher Plato argues that human beings are imprisoned in the cave of their own existence and that the job of a philosopher is to help people find a way out of the cave. This way, Gandhi wants his viewers to keep trying to understand and escape this burden of identity and existence that his characters fail to in the film.

Smart lockdown to be enforced, int’l flights to resume
5 minutes ago

It is difficult to run hotels according to the prevailing policy: HAN
48 minutes ago