This bizarre plant needs to be protected for our good 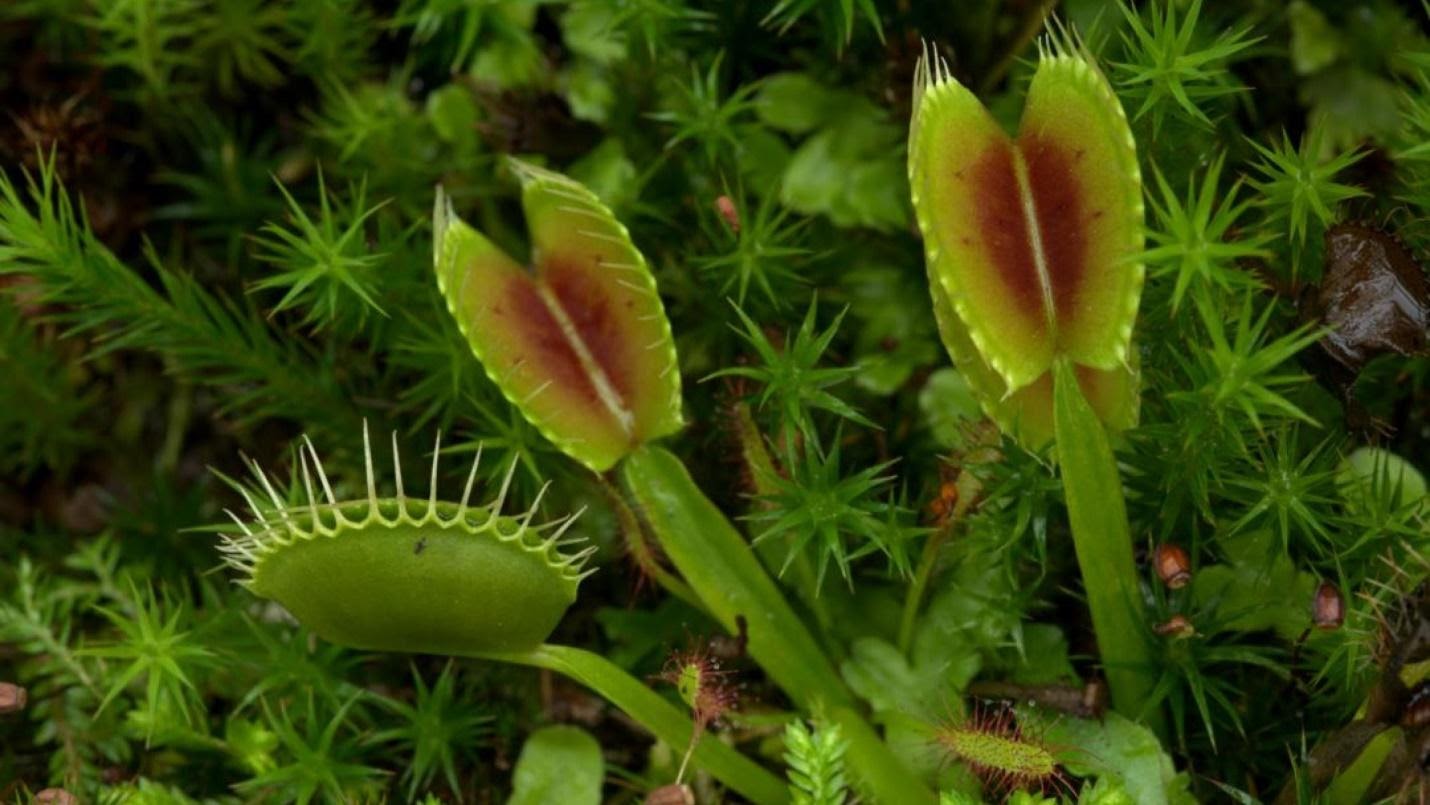 The contributor for Republica.
narayan2017bs@hotmail.com

Most of us know and understand that all green plants are capable of preparing their own food--glucose--using carbon dioxide from the atmosphere and water from soil in presence of either sunlight or some other forms of light, during the process called Photosynthesis. Besides preparing food, they also oxygenate the atmosphere. This ability is due to the presence of green color called chlorophyll found in these plants. Non-green plants such as mushrooms that fall under a group called fungi cannot make their own food as they lack this green pigment and thus they break down the organic content of the earth.

However, very few of us might be informed about the fact that despite being green in color and thus capable of photosynthesizing, there are a few groups of plants which can attract the animals or insects, capture them, eat them, digest and absorb the components into their body. This seems to be normal and justified for non-vegetarians among us. But it is quite bizarre in the world of plants.

In fact, all plants that produce flowers have certain traits or modifications which are skilled in attracting animals, birds or even human beings for the purpose of pollination, an act during which the pollen grains from the stamen or male part is transferred to a receptive stigma of the carpel or female part in order to accomplish fertilization, enabling them to produce fruit containing seeds or future plants. It is seen in nature that many plants trap animals usually for the purpose of pollination, though temporarily. It is also true that all plants produce enzymes that possess digestive abilities. Nevertheless, these carnivorous plants, as they can be called, have relocated the site of enzymatic activity to some external site either inside the pitcher or on leaf surfaces.

Finally, absorption of nutrients is something that all plants do. These carnivorous plants have simply combined all these traits into a unique strategy to forage their food.

There are about 600 species of carnivorous plants distributed in 17 genera across ten different families. These plants have diverse mechanisms to trap their prey and then devour them. Some of the types of carnivorous or insectivorous plants are Aldrovanda (water wheel plant), Byblis (rainbow plant), Cephalotus ( Albany pitcher plant), Darlingtonia ( cobra lily or California pitcher plant), Dionaea (venus flytrap) and Utricularia ( bladderwort). These plants exhibit different mechanisms to trap their prey such as bear trap, sticky flypaper, pitfall, suction trap etc.

The Venus flytrap (Dionaea muscipula) is the best known and most interesting carnivorous plant. It has prostrated and rosette of leaves that look and function like hinged foot hold bear traps. Under normal conditions, the leaves remain wide open, but when any insect crawls on the leaf surface, the two lobes of the leaves close rapidly, trapping the visitor. The struggling movement of the visitor to free itself would rather trigger the closure of the leaf more tightly.

With so many species of carnivorous plants, there are diverse mechanisms to capture animal prey. Another simple kind of trap is the pitfall, which is a chamber basically either a funnel type or vase-shaped into which the prey falls. There is a digestive enzyme or juice half filled up inside the pitfall. This pitfall trap has a lid like covering at the mouth of the chamber, which closes after the animal has fallen down, ensuring that the prey does not escape out. The shape of the pitfall resembles that of a pitcher and hence these sorts of pitcher possessing plants have been termed as pitcher plants. Furthermore, these pitchers or pitfall traps may be decorated with downwardly pointed hairs and waxy, slimy surfaces. The chamber or pitcher might also be giving out strong odor like that of rotten meat and may have beautiful pigmentation patterns to attract the prey.

Another carnivorous technique is to develop leaves with glandular, sticky surfaces. These leaves may either emit a sugary or fungal smell and with different smell attracting different preys.

A variety of organisms such as  insects, arachnids, millipedes, centipedes, annelids, and crustaceans as well as slugs and snails and even small vertebrates like amphibians and reptiles are captured and eaten by these carnivorous plants.

It is certain that they grow in a wide variety of habitats, but they share a unique characteristic among their habitats--places where they thrive are all deficient in some essential nutrients, especially nitrogen which are freely available in animal tissues.

With the development of prey trapping structures, these plants benefit by deriving nitrogen and other nutrients from animal prey. In fact, these categories of plants are so specialized for low nutrient conditions that they have less value in a nutrient rich environment and thus cannot properly survive under such conditions. Some of the nutrient-poor habitats that are conducive for carnivorous plants are epiphytic places in tropical moist forests, seasonally wet acidic or neutral pH deserts and wide variety of acidic wetlands such as peat bogs, marshes, swamps, wet savannahs and fens.

It can be said that these carnivorous plants need to be conserved before they disappear from the planet. They are bizarre plants which provide us with a striking example of survival strategies. These plants have a vital role in maintaining balance in our ecosystem. Besides, these plants can also be used as medicines in a variety of ways.

There are cases where men are the real victims but yet they have to provide property if they want divorce.... Read More...

Politics and economics of pandemic

Difficult times bring out the best and worst in men and economy. Priorities are reassessed, objectives are redrawn and normal... Read More...

In defense of the United Nations

September is known for the annual sessions of the United Nations General Assembly in New York. But this time, most... Read More...