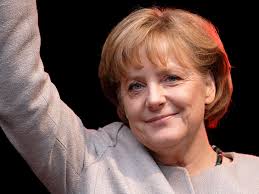 NEW YORK, Nov 4: This year there's a whole new class of women in power. Last year was a tough one for women. It seemed like Forbes magazine was on the verge of electing a woman as the most powerful person on the planet. Of course, that's not the way it worked out. Hillary Clinton’s stunning loss in the 2016 U.S. presidential election left many women feeling untethered (and pushed Clinton down 63 spots on our list from No.2 in 2016 to 65 this year).

So who runs the world in 2017? German Chancellor Angela Merkel retains the top spot in this year's class of female leaders -- for the seventh consecutive year and 12 times in total. She's followed by an unexpected newcomer, U.K. Prime Theresa May (No. 2), who is leading her country through Brexit, a historic, complex and transformative time for the country and the European Union. May is followed by Melinda Gates, co-chair of the Bill & Melinda Gates Foundation, who, along with her husband Bill, has distributed more than $40 billion in grants to date and supports organizations in over 100 countries. Facebook COO Sheryl Sandberg (No. 4) and GM CEO Mary Barra (No. 5) round out the top five.

Forbes’ 2017 list of the world’s most powerful women shows that while there is still work to be done, we shouldn't focus only on the setbacks. That's because many members of this year's list represent a changing of the guard that may lead to extraordinary global gains in the near future.

This year’s list, ranked by dollars controlled, impact, spheres of influence and media presence -- boasts 23 newcomers, a record for the Forbes Power Women list, with new women stepping into power in politics, technology, business and media.

In the No. 19 spot, Ivanka Trump is the second highest ranked newcomer. Her step-mother Melania has mostly abdicated the first-lady spotlight (and doesn’t appear on this year’s list) but Ivanka has become a key player in the Donald Trump White House. And while her father might not always heed her advice, she is targeting policy areas such as paid family leave, promotion of women in science and female entrepreneurship.

In France last year, Isabel Kocher (no. 24) took over the reins at Engie, the world’s largest non-state-owned electricity company. She’s leading the company out of coal and into renewable energy including through the purchase of EV-Box, a Netherlands-based company with more than 40,000 charging stations for electric cars.

Infographics: The world's most powerful women in...