The world of cue 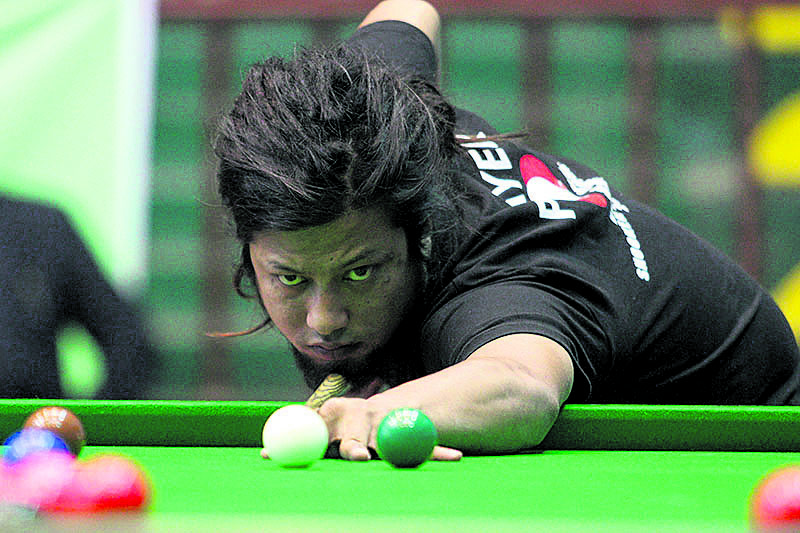 When reading of the greats of the world we often made a stop at legendary figures at certain sports in our GK books. While Sachin Tendulkar, Roger Federer were the popular names, names such as Stephen Hendry, Bobby Fischer were ones we never really got to hear about. But Hendry and Fischer were masters at their games and dominated their game scenes throughout their careers.

Stephen Hendry in particular was all the world of snooker could talk about in the 1990s. Having won the World Championship a total of seven times (a record) he is considered to be, by many, one of the best the world of snooker will ever see. Snooker is what one would call “a gentleman’s game”, what with their bow ties and three-piece suits, they fit the description quite well. But few minutes into the game, gentleman or not, the pool table becomes an intense battleground. A game of pool does friends no harm is the common belief but a single game can bring out all the competitive streaks in a person.

The snooker scene in Nepal, contrary to what one would believe, isn’t all that infantile. Billiard Snooker and Pool Association of Nepal (BSPN), the national governing body for cue sports in Nepal, opened a good 25 years ago, in the year 1994. In fact, there are a number of pool parlors and pool houses where young players dock in tens of hours every day. Some have been playing the game for more than a decade (even ones in their early 20s).

Privately sponsored tournaments take place throughout the country and the association is hard at work in getting Nepali players to represent Nepal in the first ever SAARC Snooker Championship that is to be held in Dhaka, Bangladesh from July 20-27 this year.

Understanding the game
Cue sports is an umbrella term for numerous game skills that are played on large green baize pocket tables with billiard balls which are struck by a cue stick. The idea is to pot (to sink a ball into a pocket) the balls in the right order and gain points for every pot. The one who hits the most pots (also referred to as frames) gains the highest points. Each game has a preset number of frames to achieve and the one who accumulates the points the fastest is the one who wins. Snooker, pool, and billiards are some variations of the game.

Players must pot the ball in a certain order in the game to score points, also called breaks. First red, then another color then another and on it goes. The black ball is worth the highest points (seven points), the pink ball is six, blue ball is worth five, the brown ball four, the green ball gives you three points, the yellow two and finally the red ball which gets you a single point.
You can also cause your opponent to gain points if you strike a ball other than red on the first attempt, pot the cue ball, play a foul, or miss all the balls.

History
Cue sports have traces of origination beginning from the late 19th century. Almost all stories tie the game to the British Army. There already existed billiards in Britain back then but Snooker in particular is said to have begun in India, during the British occupation.

Officers played the game as a way to kill time and also to fill in the silence of their nonexistent conversations. So they devised the game in the likeness of the British croquet (hitting wooden balls with a mallet through hoops). That’s where all the bright colored balls and the idea of “pocketing” them comes from.

Snooker was also played with maces originally but on a table, players soon realized, it was much harder to strike the balls. So they began using the narrow end of the mace. Soon these maces were entirely replaced by long narrow sticks that are today called “cue sticks”.

The top eight in Nepal currently include Regan Shrestha, Rajan Lama, Bikash Shrestha, Som Lama, Deepak Magar, Aman Karki, Sujen Shahi and Moti Lama. All the players play together and amongst one another in AXN Snooker Club.

Regan Shrestha
Regan doesn’t quite remember what first brought him to a billiards room. He has spent so much time playing snooker that memory fails him when thinking of the time he wasn’t playing. Currently the number one ranked player in the country, Regan is preparing for his participation in the SAARC games where he will be representing Nepal along with Deepak Magar.

Regan guesses he has been playing snooker for about 18 years. Entirely self-taught, Regan never thought about taking the game professionally. He just enjoyed playing but one tournament led to another and today he is Nepal’s top ranked snooker player. Just a few months ago he won bronze in a snooker championship held in India’s Kharsang where 64 players from Nepal and India participated. He won against Shivam Arora, former world number three. “I thought I would lose, I was sure of it. But I didn’t, that is when I realized that I could do better in the game. I have become a more confident player since them,” he says.

Regan admits that without any formal training both him and Deepak Magar are at a serious disadvantage in the approaching SAARC championship. But giving their best is all they can do at the moment. “We have a much better association today than we did in the past. Back then people on the board had barely any knowledge of snooker. They were just appointed by the government. The association reformed a few years ago and things are improving,” he says. He adds that more snooker tournaments are being organized today and things are looking much better.

To young players, he suggests participating in as many national and international tournaments. These days most players play snooker as a hobby and Regan wishes that there were more who wished to take the game professionally.

Sujen Shahi
Sujen is among the top eight players who regularly play at the AXN club. Ranked sixth in Nepal, Sujen Shahi considers snooker to be his best friend and medicine. “Sad or happy, playing snooker gives me a great deal of positivity and I feel in control when playing,” he says.

Nearly 12years ago, a friend took Sujen to a snooker club in Teku (New Cosmos Snooker Club). When he got there, the allure of the game, the green tables and multicolored balls captivated him and he took to playing for nearly 12 hours every day, without break and all seven days of the week. Sujen says he felt no other need to invest his time in doing anything else.

However, now that he is working as a cabin crew in Himalayan Airlines, Sujen has had to limit his playing time considerably. But during the off days he will still be found in the billiard room from 11 am to 10 pm in the evening. In 2012, at age 20, Sujen was selected to train at World Professional and Billiards Association’s Academy in Thailand, making him the first Nepali player to be formally trained in snooker.

Back in Nepal, he was further trained by three-time national champion Saroj Kumar Mulmi. He also hosted a program called “Sports Info” broadcast by NTV where he gave pool and snooker lessons. Ever since he started playing, his dream has been to become a national champion and Sujen says he’s working on that dream every single day.

Do you love PUBG or do you hate it? Probably you are addicted to PUBG. If so, have you ever... Read More...