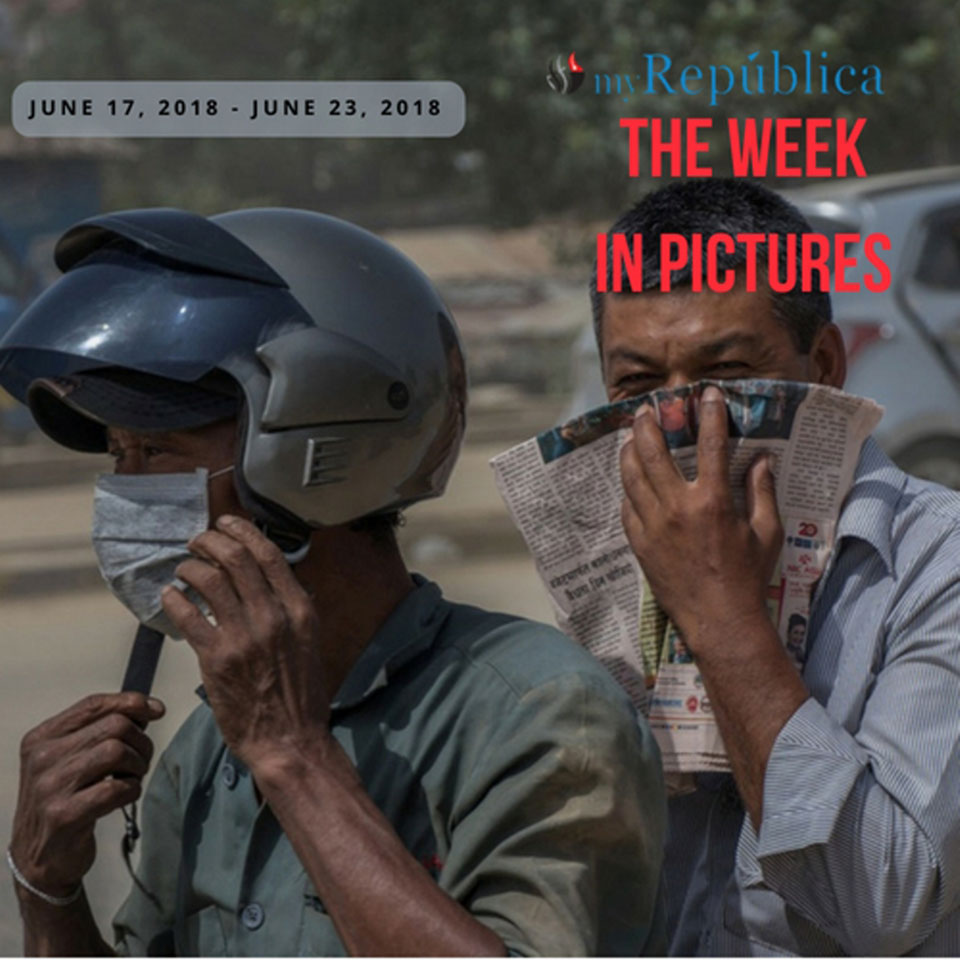 Cover Photo: A pillion rider covers himself with a newspaper to avoid dust pollution at Balkhu, Kathmandu on Sunday, June 17. Photo: Sujan Shrestha June 20: The Clock tower, Ghantaghar projected to mark World Refugee Day on Wednesday.  According to the United Nations, more than 68 million are living as refugees due to conflicts across the world.Photo: Pratik Rayamajhi