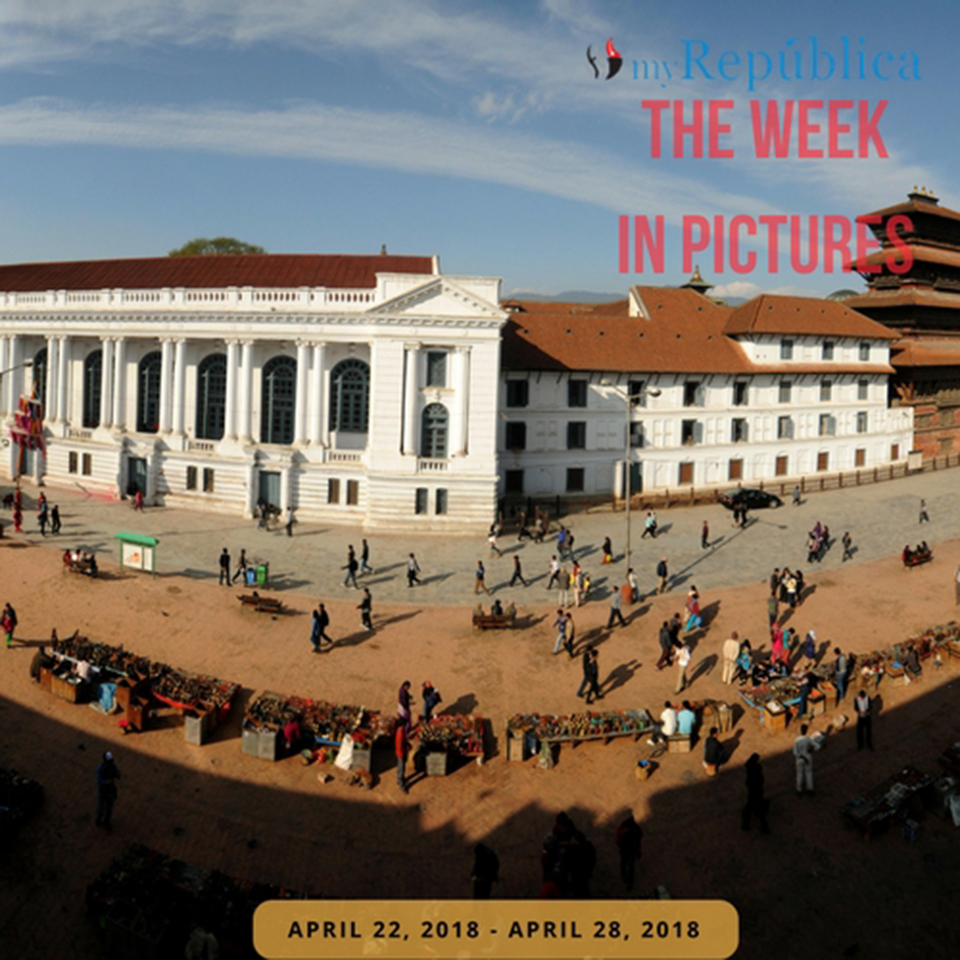 April 22: A tigress was found dead inside the Chitwan National Park on Sunday. Park officials said it was around three years old.  With the death of one more female tiger on Sunday, a total of five tigers have died in Chitwan Just in a short span of ten months of the current fiscal year. Photo: Sarita Shrestha/ Republica

April 23: Two elderly farmers taking rest under the shed of umbrella, taking a break from their work at Manohara in Bhaktapur on Monday, April 23, 2018. Photo: Nagarik/Republica

April 25: People lighting butter lamps at Hanuman Dhoka in Kathmandu in remembrance of the about 9000 people killed in the 2015 earthquakes on the occasion of the third anniversary of the earthquakes on Wednesday. Photo: Dinesh Gole/Republica

April 27: A man throws a coconut from the pinnacle of the chariot of the Rato Machhindranath deity at the crowd on the street below after the chariot procession arrived at Lagankhel on Friday. Crowds jostle to catch the coconut, which is believed to bring good luck to the bearer.Hindus and Buddhists of the Newar community in Patan celebrate the Rato Machchhindranath festival with gusto by pulling the chariot through Patan. The festival is celebrated in hope of a good harvest, prosperity and good luck throughout the year.

KASKI, Jan 27:  Tangting-Yangjakot is the perfect destination for tourists. It explores the unspoiled area of Himalaya of Nepal. It... Read More...

In pictures: Joy of paddy plantation