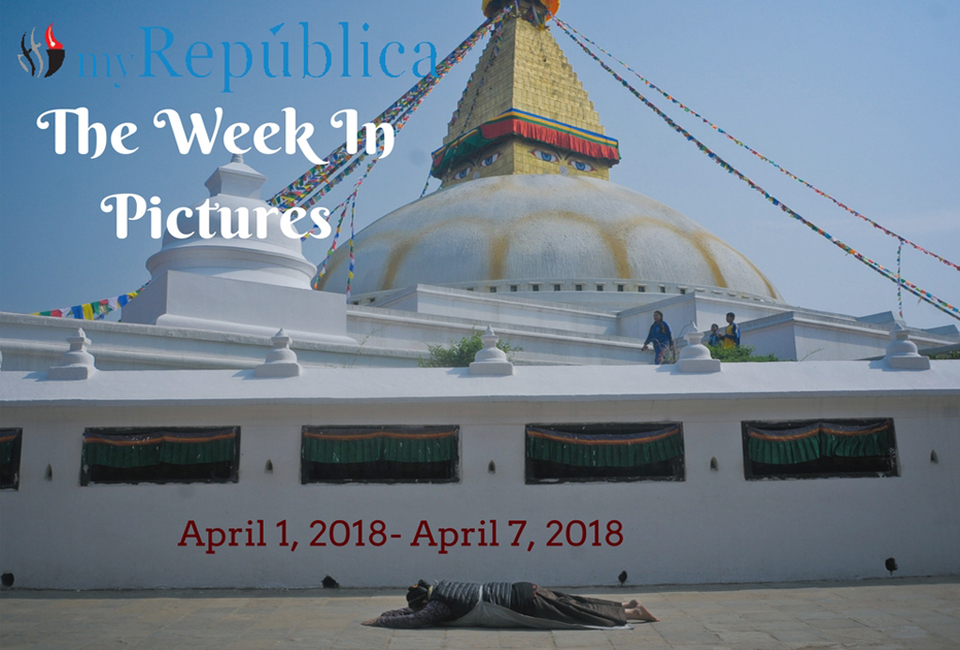 April 5: Vehicle passing the waterlogged road after the rains started on Thursday morning in Balkumari, Lalitpur on April 5,2018.  (Photo-Dipendra Rokka/Republica)

In pictures: ‘Gaja’ and glamour at Pashupatinath

KATHMANDU, Feb 13: As Hindus are marking Maha Shivaratri on Tuesday, devotees across the country and from the different part... Read More...

KANCHANPUR, Dec 7: Candidates from Kanchanpur for the House of Representatives cast their votes in different polling center today. ... Read More...

In pictures: Ropainjatra in Jumla

JUMLA, Aug 20: Ropainjatra was celebrated in the district on Saturday. It is said that the festival is marked annually... Read More...

293 new cases of coronavirus recorded in the past 24 hours: Health Ministry
50 minutes ago