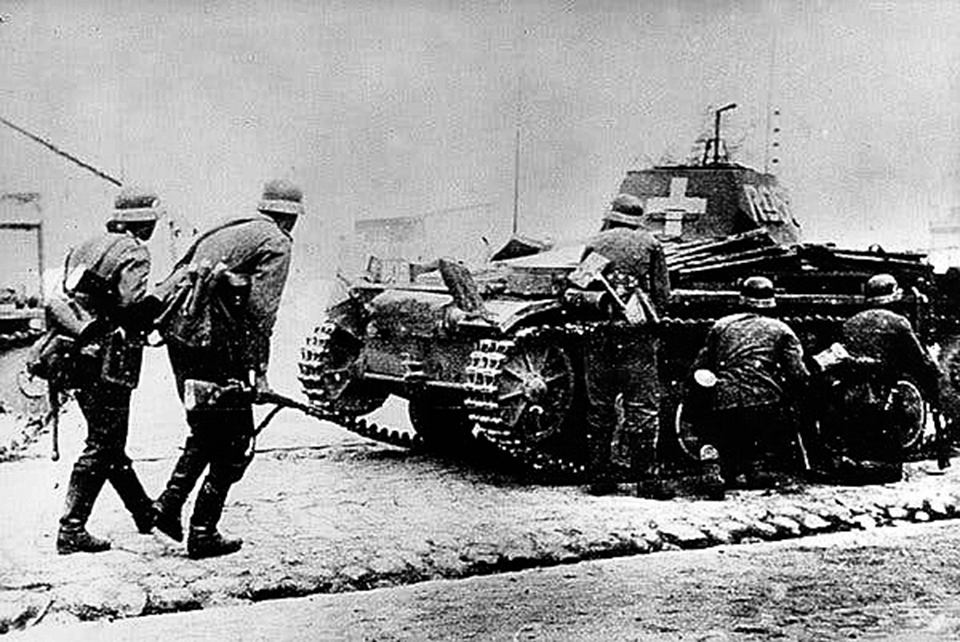 Nepali soldiers had already proved their mettle during the Sepoy Mutiny (1857) and World War I (1914-18). Big powers of the day looked up to Nepal with awe

Nepal is often projected as the nation that lost the war with the foreigners. The Anglo-Nepal war (1814-16) is often cited to prove this claim. Yes, the war with the East India Company government turned out to be a losing battle for Nepal at the end. Nepal suffered a defeat but given that Nepal had fought with small troops against huge and well-armed troops of British India, the defeat was almost a foregone conclusion.

But there is one that Nepal can claim to have stood victorious: The World War II. The war that started in September 1, 1939 and ended on September 2, 1945 was actually a war among major powers of the day—Britain, France, America and Soviet Russia (known as allies) and Germany, Japan and Italy (known as axis powers). Germany’s attack on Poland on September 1, 1939 triggered France and Britain to formally declared war against Germany. In 1941, Japan and Germany became involved in the war after the former’s attack against Pearls Harbor.

Nepali soldiers had already proved their mettle during the Sepoy Mutiny (1857) and the World War I (1914-18). By the late 1930s, Nepal was also consolidating its defense diplomacy.  Naturally, big powers of the day looked up to Nepal. At first, Nepal was approached by Germany’s Adolf Hitler. He had gifted King Tribhuvan a beautiful German car.

But Nepal took side of the allies. Nepal agreed to send 8,000 troops to British India. On September 4, 1939, Juddha Shamsher assembled 4,000 troops at Tundikhel and informed the British Ambassador that the arrangement for dispatching the troops was in place. After discussions, Nepal and British sides agreed to terms and conditions acceptable to both sides.

It was agreed that Nepali troops could be sent to the north-west frontier and other places in India, but they were not supposed to go overseas. It was also agreed that when the Nepali troops reached India, British government would provide them necessary weapons and tents, but Nepali forces could carry from Nepal small equipments such as spades, picks, axes, hammers etc. If Nepali soldier committed any offence, it was agreed, he would be tried and punished by the Nepali officers according to the Nepali laws on the field or would be sent to Nepal depending on the nature and severity of the offense committed. It was also said that if Nepali soldiers violated the Indian laws, they would be punished by the Indian courts.  A vaidya (a doctor) was to accompany each regiment but the British government was responsible for treatment of Nepali soldiers.

In March, troops departed for India. In the farewell speech Prime Minister Juddha Shamsher delivered in Tudikhel, he reminded the troops of their bravery in Luknow (1857-58) and Waziristan (1917) and wished that they would display similar bravery this time around as well. Besides, he said that the Nepali troops were setting out to protect the independence of smaller nations of Europe. He spoke of how Nepal will benefit from its relations with the British. He advised the troops to desist from hooliganism, prostitution, gambling and drinking and assured that their families back home would be protected by the government and  their needs taken care of in their absence.

As per the Nepali religious belief, a soldier could not cross the sea for the sea was considered as the goddess. The British government had sought permission from Nepal to send the Nepali forces via the sea. Juddha Shamsher declined on the religious ground.  After receiving permission, British government made arrangement to provide special training relating to warfare to Nepali regiments. After completion of the training, they joined the British forces commanded by Lord Louis Mountbatten and they were deployed at Assam-Burma frontier.

On February 9, 1944, The London Times wrote that Nepali soldiers “are as much the troops of an Independent Allied Power as are the Americans and Chinese”. In March 1944, the Japanese forces struck these areas. The British forces along with Nepali regiments fought against them and resisted their attack. Some Nepali soldiers were killed but they inflicted heavy causalities on the Japanese side. Many Nepali soldiers were accorded with British Military Cross (MC) decorations.

In May 1945, Germany surrendered and Japan followed suit in August and the war came to an end. Nepali troops returned home in October, 1945. On October 28, victory day was celebrated in Kathmandu, where Juddha Shamsher welcomed all the troops. After few months, General Babar Shamsher Rana led a high level Military Mission to London to participate in the victory ceremony.

Nepal is a victorious member of WW II. This is something we have never thought about. When the world celebrates 75th anniversary   of WW II this year in September, Nepal should not miss this event. September 2 is remarkable day for Nepal.  The World War II gave Nepal a different identity and it also charted a different course in Nepal’s foreign policy.

Allow me to say something at the outset. I have been in a mission to document history. I have been... Read More...

VIDEO: TIA abuzz with passengers after six months  as domestic flights resume on Monday
52 minutes ago