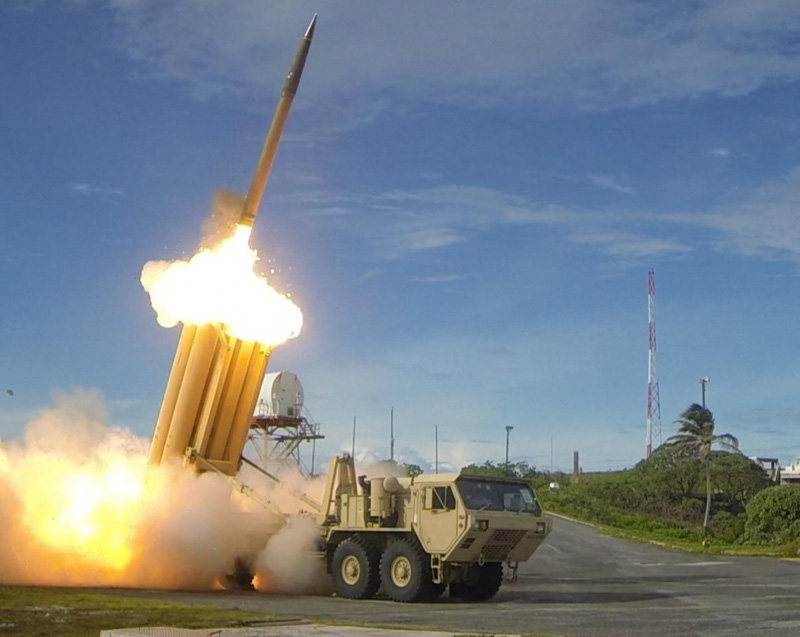 The crisis in the Korean peninsula as a result of THAAD anti-missile system could even lead to a third world war
America’s installation of its anti-ballistic Terminal High Altitude Area Defense (THAAD) system in the UAE, Turkey and South Korea has sparked new tensions in Asia. The system, supposedly deployed in South Korea as a deterrence against North-Korean’s continuous provocations (it repeated testing of ballistic missiles), could act as a flashpoint between the two Koreas. Earlier, Washington had sent an aircraft carrier strike group led by the USS Carl Vinson to the Korean peninsula. It was also no coincidence that the US and South Korea conducted their joint military drills on the occasion of North Korea’s army day on April 25. Pyongyang condemned the joint drills, terming it as provocative rehearsals for invasion.

But Seoul and Washington insist that their exercise was defensive in nature. Meanwhile, China has urged an end to these military drills involving tens of thousands of troops. The US decision to deploy THAAD has obviously infuriated China, which thinks that THAAD undermines her security interests. THAAD, China thinks, would incapacitate its ballistic missiles. Moreover, if the regime in North Korea collapses, perhaps because of the deployment of the anti-ballistic system, there would be an unstoppable wave of North Korean refugees into China. The unification of two Koreas would also take the 28,000 American troops now stationed in South Korea right up to the border with China, which is China’s ultimate nightmare.

Previously, when the issue of THAAD had surfaced, Russia too had reacted badly, saying that the deployment of the system posed a great threat to Russia’s security, and it would affect her foreign policy and military planning as well. Moscow is certain that Washington is all set to create a new defense system in Northeastern Asia, close to the Russian border, mainly with the goal of closely monitoring Russia. Both Beijing and Moscow, which together are committed to challenging Washington’s global security interests, are now convinced that the Americans will use THAAD to keep a tab on their security systems.

Really, the deployment of the new sophisticated system, which is widely recognized as capable of successfully shooting down short as well as long range missiles, will have far reaching security ramifications, in the region and beyond. As a result, the probability of a new power equation, particularly among Russia, China, Pakistan, the US, India and Japan, is high.

Apparently, the US thinks China could do more to rein in North Korea’s undesired behaviors. But the reality is that Beijing has its own limitations over its wayward neighbor.

China, which has termed Pyongyang’s continuing nuclear tests as a ‘clear violation of UN resolutions’, recently stopped exporting coal to North Korea and has blocked supply of any warlike materials. Of late, it also suspended flights to North Korea. But, perhaps, they were inadequate to prevent the US and her partners in the region from installing THAAD in South Korea. At least, Japan and South Korea, which have repeatedly raised alarms about North Korean missile threats, are celebrating.

In midst of these developments, under pressure, Beijing has once again sent a strong message to Pyongyang that if it again tests missiles, then Beijing will have no choice but to discontinue its supply of crude oil to North Korea. Trump has welcomed the development but reports say that North Korean dictator Kim Jong-Un is not prepared to heed anyone.

Immediately after Pyongyang fired a failed ballistic missile, which crashed into the Sea of Japan, US president tweeted and that North Korea disrespected the wishes of China. In similar vein, Trump administration pointed at possibility of military maneuvers against Pyongyang. Nevertheless, Beijing and Moscow caution Trump administration and American allies against use of deadly force against the restless and unpredictable Pyongyang regime.

Instead, they are in favor of sanctions and restarting dialogue with North Korea. In this connection, the diplomatic acumen of the P5 members of the United Nations will be tested. In the worst-case scenario, if war breaks out, it would be most awful, which will not only damage the ascending economic growth but also could ultimately lead to a third world war.

BARDIBAS, June 17: Cases of snakebites have significantly increased in Mahottari district with the start of rainfall amidst scorching heat.... Read More...

RAJBIRAJ, July 4: A herd of wild elephants that came from the Koshi Tappu Wildlife Reserve wrecked havoc in a... Read More...