The story of full, half and empty glass 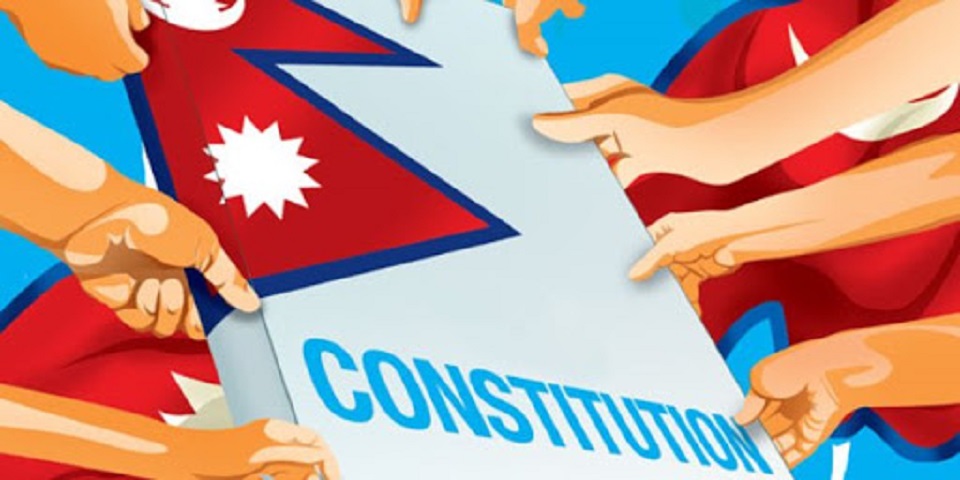 It is time for true nationalists to form a united front to not only implement the constitution but also to augment it with the unfinished agenda of federalism.

The promulgation of the Constitution of Nepal 2015 through the Constituent Assembly (CA) concluded the national mission that started in the 1950s, when this concept was brought to Nepal by King Tribhuban who had returned from self-exile in Delhi. However, the agenda was dismissed after King Mahendra’s coup that established one party Panchayat system in 1960. The issue of CA came up in every political movement. But it was the Maoist People’s War followed by the 2006 People’s Movement which gave birth to the republic, federal, secular and democratic constitution.

It is to be noted that the journey from Interim Constitution (2007) to promulgation of the constitution in 2015 through CA was fraught with movements, involving people from Madhesh, Karnali, Tharus, Janajatis, Dalits and women. Maoists coming to power in the first CA election threatened the established forces: Nepali Congress, CPN-UML and the royalists. They were scared that the constitution through the CA would legitimize the interim constitution, which they found radical. Most of the heavyweights like Sushil Koirala and KP Oli had lost the first CA elections against junior Maoist leaders. NC and UML became second and third forces, after the Maoist party. The newly formed Madhesi Janadhikar Forum Nepal came fourth.

First CA was not successful in delivering the constitution. Ironically, the same chief justice who dissolved the first CA was made the executive head to conduct the second CA election. The second CA election brought back old established powers. The Maoist party came in third, followed by other Madhesh-based parties. The result was the watering down of all the progressive provisions in the Interim Constitution. The first step they took was doing away with the parliamentary caucus of women and nationalities who were instrumental in strengthening inclusive issues in the constitution. They reduced the number of parliamentary committees as well.

The proposal of 14 provinces, which was suggested by the State Restructuring Committee, and that of 10+1 provinces recommended by state restructuring commission were reduced to seven provinces.  These committees and commissions had recommended five points of identity and four points of capabilities while federating the country.  Federalism was reduced to administrative divisions. Similarly, the idea of secularism was tweaked to mean sanatan dharma. In the same light, women who got equal rights to parental property were left with stateless children because citizenship could not be given to their children based on mother’s citizenship.

Federal, provincial and local governments have not been given their due rights and autonomy. The federal government, which actually should focus on security, foreign affairs and financial matters, is interfering in everyday business of provinces and local levels. Provincial governments are gasping for their due share of rights and resources. This has weakened the spirit of federalism further.

After the constitution was promulgated in 2015, three trends were noticeable.  The old forces—Nepali Congress, CPN-UML, RPP etc—celebrated it by burning lights and firecrackers as if they had a full brim glass of constitution. For the NC and UML, republic, federalism and secular agenda was more than they had asked for. So they were very happy and jubilant. On the other hand, Madhesi fronts switched off light alleging the new constitution offered them nothing.

Baburam Bhattarai, Chairman of Constitutional-Political Dialogue and Consensus Committee at that time, who was fighting hard to make the constitution inclusive and secular, walked out of CA hall after signing the constitution saying that the constitution is neither full glass nor empty glass but a half filled glass. Within a week he left the Maoist party. He also resigned from the parliamentary post to form a new party based on inclusive and progressive democratic agendas and for forming a united front based on those agenda.

Today, the heat of movement during and after the promulgation of the constitution in 2015 is at a low ebb. KP Oli, who had lost in the first CA election and who had said that ‘aspiring for republic is like reaching the US by riding a bullock cart,’ is now firmly seated on the Prime Minister’s chair with a comfortable majority.

Interestingly, the main opposition Nepali Congress seems to be happy sharing crumbs being thrown by Oli to its leaders. And Oli who is so fearful of change that he is consolidating the Rayamajhi path (in communist movement, Rayamajhi path is equivalent to being anti-democratic, anti-federal and anti-inclusion).

The ownership of the constitution cannot be guaranteed if the two thirds of its population—mainly Madhesis and Janajatis—are not given their due share in state functioning. It is equally important to heed the concerns of women of all ethnicities.

Famous philosopher Jean Jacques Rousseau has rightly said the legitimacy of the rule of law is based on the consent of the governed. It is time to correct all the deformities pointed by oppressed communities and to add all the elements to make the present constitution truly republic, federal, secular and democratic. It is only by adhering to these four pillars of the state that Nepal can march ahead in the 21st century leaving behind its long history of feudalism and backwardness.

It is time to take the sustainable path of inclusive democracy and inclusive development. Using the populist nationalism to suppress genuine internal awakening of nationality can be harmful for both external and internal security of the country.

Yami is a former minister and a central committee member of Janata Samajwadi Party.

It was early in the afternoon of April 9 30 years ago, when the news reached Washington that King Birendra... Read More...

KATHMANDU, Sept 19: Senior leader of the ruling Nepal Communist Party Madhav Kumar Nepal has urged one and all to... Read More...