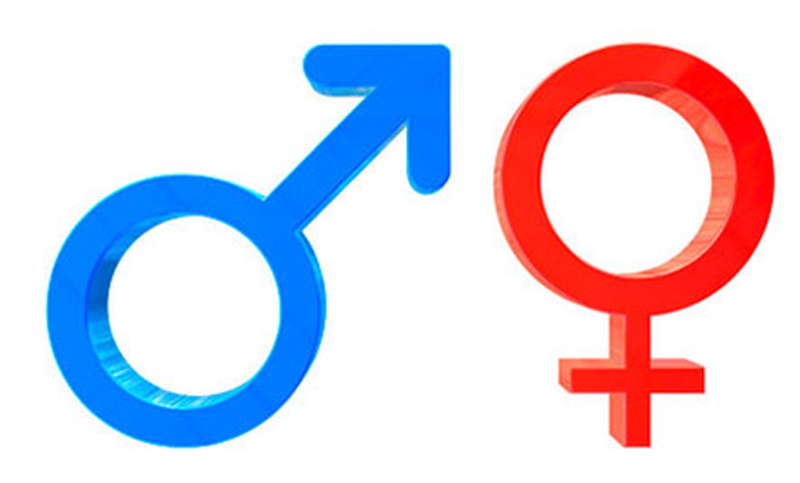 Media embeds stereotypes in consumer minds. Gender stereotyping is blatant in most Indian and Nepali ads
The market near my house was crammed with people shopping for Diwali. It was bursting at the seams with shops extended to almost middle of the road. Fire crackers, gifts, decorative materials, embellished deities, and food, they were all there for the taking.

As I entered a shop for my last-minute shopping, to buy some gifts and chocolates, I noticed a woman in the crowd, a big red bindi on her forehead. She was accompanied by who I presumed must be her husband, and they were talking among themselves.

“Bhaskor, do we need some more fiss for tonight?” she said, and the dutiful husband just nodded his head in affirmation. The moment she turned to order, the sales boy inquisitively asked Madam, aap Bangali ho? (“Madam, are you a Bengali?”). It seemed that the sales boy was quick to join the dots: red bindi, cannot pronounce ‘sh’, asking for fish is equal to being a Bengali.

This was enough to make the woman angry. Perhaps her anger was justified because being or not being a Bengali was irrelevant to the act of buying fish. But this is how most of us instantly label people when we meet them for the first time. Connecting the dots is the easiest and the fastest approach to stereotyping.

Stereotype, how and why
Stereotyping is the grouping of people based on preconceived notions of identity.

Primarily, we stereotype people based on gender, ethnicity and age. We assume that all members of a set group will possess and display the same characteristics. Human dependency on shortcuts leads to reliance on preformatted or ‘templated’ information about a group and influences our cognitive process. With limited information or sometimes lack of information we tend to fill in the blanks by ascribing characteristics deeply ingrained in our subconscious—to people, race, or ethnicity, thus perpetuating stereotypes.

During our lifetime, all of us at some point or another resort to the use of clichés: children love junk food, teachers are bossy, blondes are dumb, politicians are corrupt, millennials are narcissistic, and the list goes on and on. The good thing about mental shortcuts is that they help us organize and use information to make quick judgments about people based on first impressions. It gets dangerous when we start believing that the stereotype is always true because that is the onset of prejudice.

Media and stereotype
Media plays a vital role in embedding stereotypes in the consumer’s mind. In most Indian or Nepali advertisements gender stereotyping is blatant. Advertisements of household and beauty products have women promoting it while conveying a message that these are products manufactured to aid a woman’s designated role of a wife, a mother or a working woman.

We seldom see men promoting a dish washing liquid or a nappy rash cream. Boys are shown as naughty, dirty, independent, and strong while girls are portrayed as helpful, empathetic, indecisive, and dependent. Women are either portrayed as arm candy or eye candy promoting products ranging from soaps to beers to cars to just about everything.

Of late, advertisers have started taking initiatives to break the age-old gender stereotypes and have started educating the consumer. In India, Lloyds washing machine’s ad ‘share the load’ is one commendable move towards blurring the gender roles in a country where doing laundry is one among the many such taken-for-granted roles of a woman.

Similarly, Tanishiq (a popular jewelry brand in India) came up with an ad which attempted to shatter the virginal innocence in the social norm of marriage. The Tanishiq ad broke barriers when it showed a beautiful dusky bride at her wedding, but with a child in tow. It nailed very basic gender stereotypes in India where a woman’s beauty is directly proportional to the fairness of her skin and remarriage is still conflicting to age-old Indian cultural values.

Cultural stereotypes
While in Canada, after coming back from school one evening, my son was abnormally quiet. Before going to bed he cried and explained how lonely he was in his school because his classmates would not play with him. It freaked me out when I realized that because he is an Indian, others wouldn’t want to play with him.

Children are not born with a stereotyping app already downloaded into their brains. It is the environment (parents, teachers, friends, society and the media) which shape their minds towards perceived positives and negatives of alien cultures. I was surprised that in a progressive society like Canada there still existed such amounts of negative stereotyping.

The rising importance of cultural diversity courses in universities and cultural diversity training programs in organizations substantiate the fact that we need to understand, educate and appreciate different cultures. Cultural stereotyping leads to assumptions and categorization of individuals based on their ethnicity. South Asians have more to offer to the world than poverty, corruption, illiteracy and spirituality. Likewise, Americans are more than just obese and arrogant and Chinese are more capable than just at martial arts.

Most of us live and work in multicultural environments where our individual differences are by nature subsumed in the larger whole. It is therefore imperative to understand how cultural stereotyping can influence our understanding of people from other cultures.

Cultural awareness helps us navigate diverse cultural landscapes and to communicate without bias and prejudice. We need to make a conscious effort to avoid generalizations, appreciate diversity and educate ourselves on the nuances of other cultures.

We need to make a genuine effort to stop viewing the world through colored lenses and be cautious before assuming things because in the words of actress and stand-up comedian Ellen Lee DeGeneres, “when you ASSUME, you make an ass out of U and ME.”

The author is a freelancer based in New Delhi

The fictional world of the popular TV series "Game of Thrones" may be reinforcing the existing racial, cultural and geographical... Read More...

To all those stereotypes  Are your eyes that small? Your mind that narrow? ... Read More...