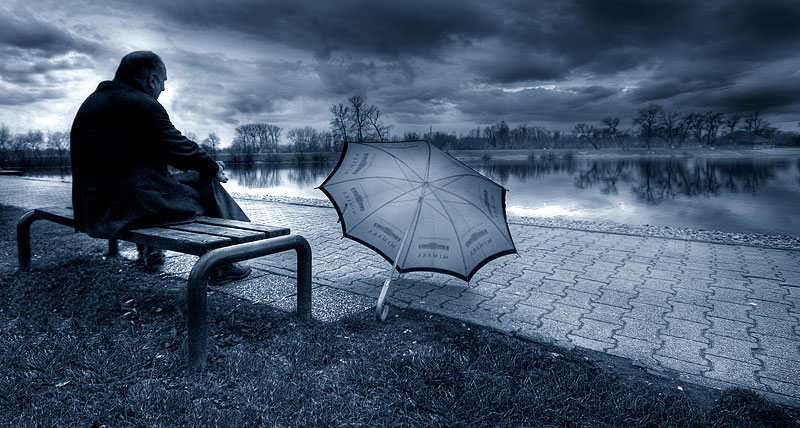 Every change since 1950 has merely been repeated attempts at rekindling the spirit that was snuffed out in the winter of 1960 by a deceitful king
Memories persist even when it’s impossible to remember details. When I heard last week that Prof Soorya Lal Amatya, 81, had passed away, collapsing like an aged tree in the woods that people hear and see fall but fail to notice the significance, it became impossible to recall when and where it was that I had first seen him. Wherever he stood, it was difficult to miss him. Almost always immaculately dressed in a suit and tie and carefully standing erect to look taller than he actually was, he held an opinion about anything and everything, and insisted that those be heard before observations of all others.

Of the period though, I am almost sure that it was in the late1970s when just about everyone interested in journalism, politics and literature made it a point to visit Sandesh Griha across Pipal Bot at the New Road in Kathmandu where a Russian Jeep loaded with Indian newspapers and periodicals would arrive every evening. Noted critic and linguist Kamal Prakash Malla may have had something more philosophical in mind when he decided to name his collection of essays The Road to Nowhere, but I have always thought that he was lampooning Naya Sadak, which begins at the Basantpur Durbar Square but leads literally to nowhere—towards a dead-end of Tundikhel tri-junction. What really made the street important even back then were its lanes, bylanes, and alleyways where people gathered before or after picking up the day’s print fare.

Coffee chats
Pako had affordable lodging houses and cheap eateries. The narrow alley connecting it with Kichhapokhari and the American Library had several tea-shops that sold Samosas when they were still called Singharas. Straight ahead and separated by a thin lane with what was then the American Library, there was a small but clean Udipi eatery—the Bangalore Coffee House. It was one among the three famous coffee houses in the vicinity of Sandesh Griha.

The snootier crowd clutched their copies of the Calcutta edition of the Statesman, the Asiaweek, the Far Eastern Economic Review, the Time or the Newsweek and climbed a flight of stairs into the hushed silence of the Indira Restaurant at Bhugol Park where window seats looking towards the Pipal Bot were invariably occupied by regulars that were thought to be government informers. On tables overlooking the ramshackle garden, where more people milled around copies of the day’s Gorkhapatra pasted to the centerpiece globe pedestal than to sit on hard concrete benches, dainty patrons nibbled cutlets with shining cutlery.

The hush-hush ambience of Nepal Coffee House across the street attracted visiting scholars, their local informants and a new breed of entrepreneurs that had just begun to spread—the commission agents—that promised to fix any deal on the strength of their connections with the establishment. Pink papers such as the Economic Times or the Financial Express were their favorite accompaniments.

Bangalore Coffee House was different. Its owner—Acharya-ji Senior—was a balding, short and plump person of affable manners with a red vermillion mark adorning his forehead. The Acharya Junior was equally plump, of comparable height, displayed similar vermillion mark but smiled more often. A single sentence in Kannada mixed with English—swalpa adjust mari swami—would make him beam even when he refused to wave a single paisa off the bill.

The filter coffee of the joint was good, Masala Dosa passable and idlis excellent.

Whenever available, their Mysore Pak was mouthwatering. The staff resisted from serving one-by-two coffee; we usually utilized the saucer to divvy up the drink whenever refused an extra cup. Acharya-ji would frown but say nothing.

In the afternoon, there were tables where regulars gathered. On the corner near the counter, Krishna Prasad Bhattarai could be seen holding court with Yog Prasad Upadhayay, Basu Risal and whoever else was there to pick up the tab. The Times of India and the Dinman could be seen changing hands. Another table would be for academics of Tribhuvan University who seemed to carry books from one of several libraries in the neighborhood. Sportsman of the New Road Team preferred to gather in the inner chamber to keep away from smokers and dissected action photos of the Sportsweek, Sportstar or even Stardust with animated gestures.

Journalists read their copies of the Sunday, the Illustrated Weekly of India or the new pictorial India Today by the window. Pretentious youngsters exchanged the Mirror, the Youth Times and the JS. Occasionally when Soorya Lal came in, he would make it a point to go to almost every table and talk about latest project of national importance that he was likely to be involved as a geographer. Those were the heady days, and everybody seemed to believe that wonders were waiting to happen in the country.

Another place that the professor never seemed to miss was the small lecture hall above the Reading Room in the American Library where the literati often gathered to listen a visiting scholar speak. Soorya Lal was the first one to express an opinion disguised as a question. In fact, he was so famous for his ‘interventions’ that Professor Durga Prasad Bhandari would often tease him for his impetuousness. I may have noticed him there coming out of the Rest Room which had an amusing poster above the commode, “We aim to please, you aim too please.”

The Bangalore Coffee House then shifted across the cul-de-sac and then relocated to Tri-Chandra College and Jamal junction. After People’s Movement in 1990, Soorya Lal became even more active than before. He began to shoulder bigger responsibilities at the Tribhuvan University and then engage himself with all kinds of professional bodies. It was after joining the Nepal Council of World Affairs in the early-1990s that I began to see him at regular intervals.

At the NCWA meetings, it was taken for granted that at least two members will always have a question to ask—Soorya Lal and Shanti Mishra. In later years, writer Prakash A Raj joined the team to complete the trio of permanent interventionists of all presentations. Without even one of them, no NCWA meeting looked complete.

In the mid1990s, Soorya Lal delivered some special lectures on regional geography to a class of Urban Planning at the Institute of Engineering, Pulchowk. Thereafter, he never failed to mention that I had been his student. Some years ago, I began to introduce him as my teacher well before he would have had the chance to claim me as his student. I loved the look of pride on his face. Whether solicited or not, he had some scholarly advice to offer about topic, content and style of writing ‘useful’ columns. He was one of the few persons whose haughty condescension and patronizing tone failed to irritate me for I knew that he meant well. He just needed to consistently prove his worth to himself like any other member of insecure minorities everywhere.

High spirits
He may have looked somewhat atypical due to his slightly exaggerated manners, but Soorya Lal was in fact a quintessential representative of the small educated elite born well before the fall of Ranarchy in the country. Most of them seventy or above now, their energy levels are often higher than the academics or professionals of the Lost Generation that were born around 1950s and grew up with the absolute rule of the Shahs during Panchayat decades.

Names of some septuagenarians still pulling the plough tirelessly roll off the tongue so easily despite enormous differences in their politics—Bhekh Bahadur Thapa, Lok Raj Baral, Kedar Bhakta Mathema, Devendra Raj Pandey, Dambar Narayan Yadav, Gauri Shankar Lal Das, Nobel Kishor Rai, Daman Nath Dhungana, Padma Ratna Tuladhar, Abhi Subedi and several others in no particular order of importance or seniority. They continue to wrestle with issues of national concern with indefatigable energy. They remain inebriated and inexorable for they had inhaled the aroma of freedom at its source: The revolution of 1950 that changed the accursed history of the country. Every change ever since has merely been repeated attempts at rekindling the spirit that was snuffed out in the winter of 1960 by a deceitful king.

This Saat Falgun, prayers for the good health and longevity of witnesses of Saat Saal who remain with us even as we bow in respect for those that left us this year. If Nepal really needs a Unity Day, perhaps there could be no occasion as appropriate as the Prajatantra Diwas.