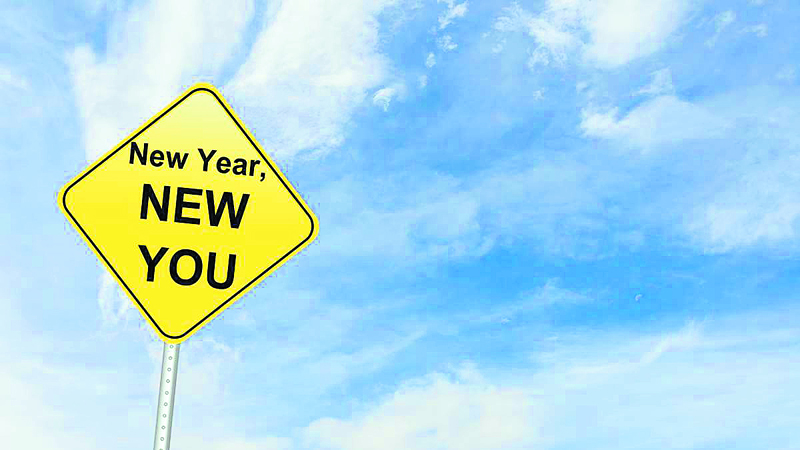 If you’re like the majority of people, you’re probably thinking about making a New Year’s resolution. From losing weight to getting organized, spending less/saving more, and enjoying life to the fullest (last year’s top four resolutions), we often make grand plans every January.

Unfortunately, just 8% of us will be successful, according to Statistic Brain. But your odds don’t have to be so disheartening. We’ve compiled the best advice that can put you in the 8% that make it happen.

PHRASE YOUR RESOLUTION AS IF YOU’VE ALREADY ACHIEVED IT

Instead of focusing on what you want, describe the action as complete.
Often you’ll hear somebody say, “I want to lose 10 pounds” or “I want to be debt-free”. Instead, phrase your goal in a way that enables your subconscious and intuition to show up and help. Describe the goal as already completed and use gratitude.

USE REPETITION TO STRENGTHEN NEW HABITS

Resolution makers often write down their goals and get excited about them for two weeks.Then the goal goes into a drawer and they go back to flowing through life, reacting to whatever happens to show up.

Start out every morning reviewing your goal, reading it out loud with emotion, and anchoring it within you.

FIND PEOPLE WHO HAVE ALREADY ACHIEVED YOUR GOAL

You’ll be more likely to attain your resolution goal if you connect with people who have already achieved it. Finding people, stories, and situations that are similar to the goals you want to achieve brings a sense of familiarity to the goal, and that can be essential to sticking with your resolution.

This helps you practice the technique, see what life can be like if you achieve it, and raise your mental equivalent.

When you see people being successful at your goal, it helps you think, ‘If they can do that, I can do that, too.

Familiarity can also come when you recycle a former resolution that you haven’t been able to complete.

REMIND YOURSELF WHY YOU WANT TO MAKE THE CHANGE

Identify an important reason why you are resolving to change something in your life, suggests Tim Bono, assistant dean and lecturer on psychological and brain science at Washington University in St. Louis.

CREATE A PLAN FOR DEALING WITH TEMPTATION AND SETBACKS

The reason most resolution makers don’t stick with their goal is that they lack self-control. Before you set out after success,  think about the potential barriers that might get in the way. Then identify contingency plans for how you will respond in those moments.

Having an accountability partner can increase your chance for sticking to your resolution, according to a study at the Dominican University of California. More than 70% of the participants who wrote down their goals and then sent weekly updates to a friend reported successful goal achievement. For participants who created a goal and kept it to themselves, just 35% were successful.

When I was a kid, the only time I wasn’t told to go to bed early was during New Year’s... Read More...

The end of the year is a good time to reflect on your business’s progress over the past year and... Read More...

When police heard about the frozen corpse up in the Alps in September 1991, they opened a criminal probe. Murder... Read More...