The sad state of women’s cricket in Nepal 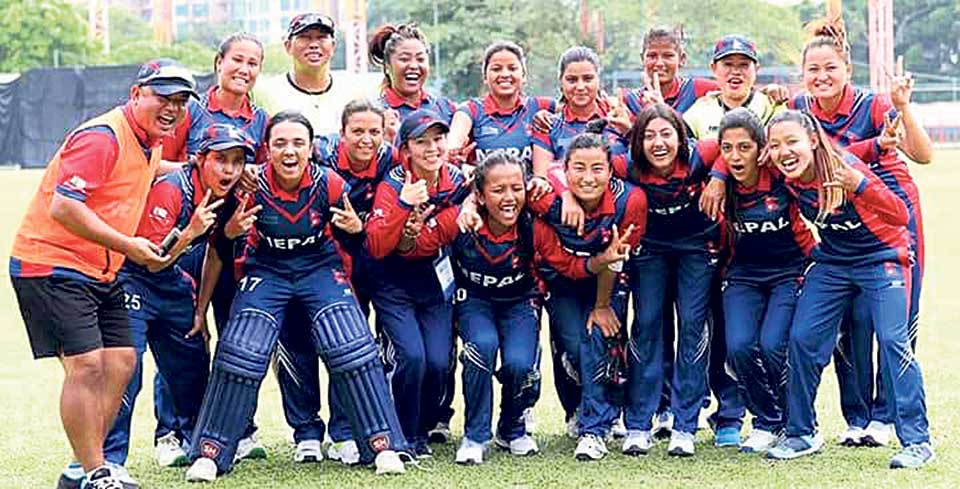 On November 15, 2018, the International Cricket Council (ICC) of Nepal declared that the national women’s cricket team would take part in the 9 nation’s Women T20 Smash. The event is set to be hosted by the Cricket Association of Thailand from January 11 to 19, 2019. This came as good news for fans of cricket and sports in general but, less than two months till the event, and neither the coach nor the players have been finalized.

Vice-captain of the women’s national cricket team of Nepal, Sita Rana Magar, who has been playing since the debut of the women’s cricket team in 2007, states that no one has informed the players about the matches. “We actually found out about it through players from other countries who we are friends with a day before it was released in the Nepali press,” she claims.

However, the representative of Nepal for International Cricket Council (ICC) and former Chief Executive Officer (CEO) of the Cricket Association of Nepal (CAN), Bhawana Ghimire says that calling every player on the team isn’t really possible and the standard way in which players get to know about such matters is through press releases. However, she claims that the team captain Sabina Chhetri was informed of this and that it is the captain who holds the responsibility of conveying the message to the other players. Captain Chhetri who is currently out of country was not available for comment.

But lack of communication isn’t the only problem the national women’s cricket team has been facing of late. The players this scribe spoke to said that they are approached for games only once or twice every year and that this lack of practice has actually weakened all of them as players. 24-year-old Sonu Khadka claims that she doesn’t think she even plays as good as she did when she first joined the team back in 2008. Vice Captain Rana Magar adds to Khadka’s claim by saying that she thinks most, if not all, of the players have the potential to play good cricket but the lack of proper management is messing with their innate skills.

The players revealed that they are never coached properly unless they have to play a major international game within a month or so. The last person who was appointed as the coach for the national women’s cricket team of Nepal was Samson Jung Thapa and that was back in November 2017.

The opening batswoman and the wicketkeeper for the national team Jyoti Pandey believes that the coach and how s/he interacts and trains the players factor hugely in whether the team plays well in a tournament and wins a trophy or not. “But we get a new coach every year who stays with us for about a month or two. They can’t figure out the weakness of individual players and, as a result, the team as a whole does not improve the quality of their game,” she states adding that the players are actually training very hard on their own in order to perform well in the upcoming matches.

Ghimire reveals that the reason the men’s cricket team is more popular within the country and is also constantly playing national or international games is that they are ranked way higher in the world team ranking when compared to the women’s cricket team. According to her, because of this, some private organizations have also joined forces to start national leagues for the men’s team. She also says that before the suspension of CAN by ICC early this year, there was a national women’s league running but since CAN is suspended right now and no one else has shown an interest in creating something similar, female cricketers have not been able to participate in local matches.

Another rather unfortunate thing in all this chaos is that some of the players aren’t even paid enough. While all the players this scribe spoke to said that they have signed a contract with the Armed Police Force (APF) and get monthly salaries, some of their teammates have not been provided with this contract so they barely earn minimum wage. Khadka also admitted that before she got her APF contract she could not sustain herself through her own earnings as a national cricket player and constantly had to ask her parents for money.

However, even though nobody is gearing up to do anything about the sorry state of women’s cricket in Nepal, the concerning bodies claim they aren’t oblivious to the problems. It’s just that they aren’t in a position to do anything about it. Ana Prasad Neupane, joint secretary at the Ministry of Youth and Sports, claims that he knows the women’s cricket team is suffering right now because of improper management but laments that unless CAN resumes its workings there isn’t much that can be done.

But unless something is done, and done soon, the women’s cricket team stands to lose its players. Some players actually confessed that they are ready to call it quits if the situation doesn’t improve within a few months. Vice Captain Rana Magar said that if nothing changes she will probably resign from the team in about a year or so. Adding to that, Rana Magar stated that she is only staying with the team right now because she only has two to three years to go till retirement.

Pandey, who was formerly a national badminton player, says that she has come to love cricket so much that the thought of quitting makes her shudder. But she might have to rethink her decision if the national women’s cricket team never makes it to the government’s priority list.

What the distant future holds for them all remains to be seen, but the near future doesn’t look very promising. Ghimire reveals that both the team and coach for the upcoming match in Thailand will be finalized by the end of December. When questioned if she thinks the remaining time (less than 10 days) will be enough for the team to get sufficient practice before the games, Ghimire pauses for a while and says, “Not really and I know that sounds bad but, with the current situation of cricket in Nepal, nothing can be done.” 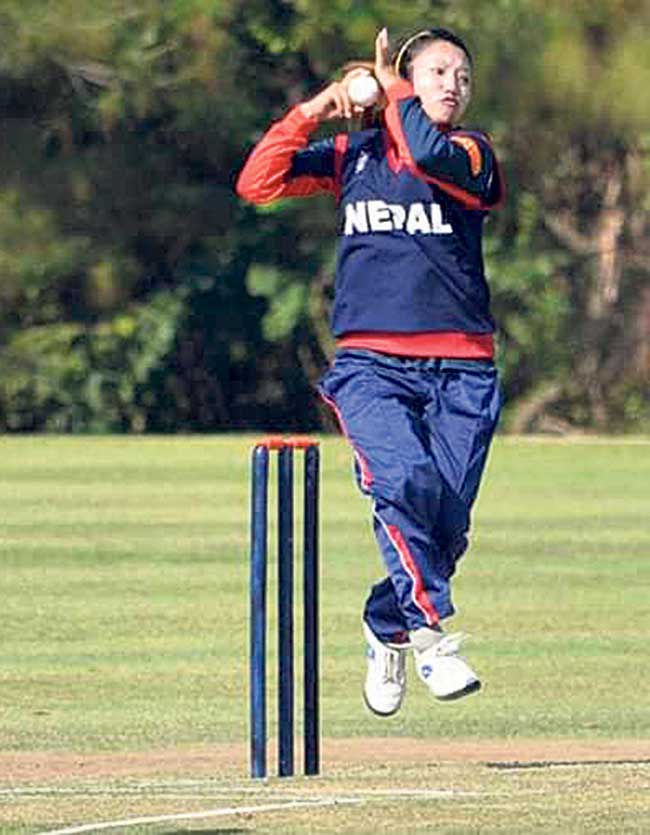 ICC's suspension of CAN continues

KATHMANDU, July 19: The International Cricket Council (ICC) has gone with its decision to suspend the Nepal Cricket Association (CAN). Read More...

KATHMANDU, Nov 30: A meeting of the monitoring committee constituted by the International Cricket Council to find a solution to dispute... Read More...