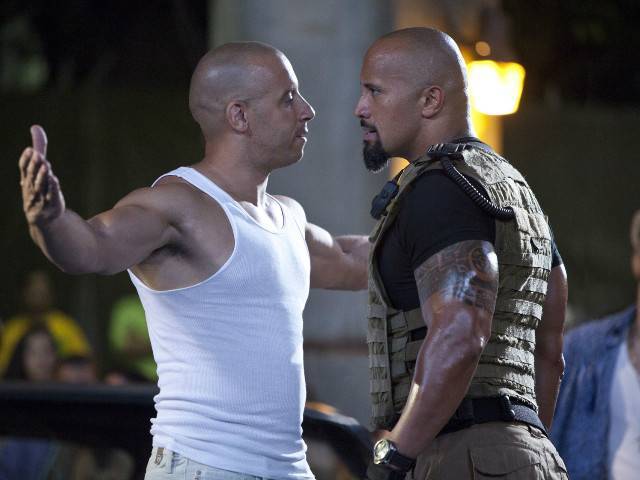 In recent news Dwayne, ‘The Rock’ Johnson slammed his Fast 8 male co-stars in a social media rant, calling them ‘candy asses’ for being unprofessional.

Speculations were making rounds that it was targeted towards the 49-year-old producer, Vin Diesel.

“When I think about how fortunate I am and how blessed I am, it’s hard for me not to recognise how much all of you have affected those blessings. And how much you all attributed to me feeling so fortunate…without you, I would not be doing Fast 8,” he said in the video.

But the WWE champion didn’t reciprocate the sentiment and took to Instagram to thank all his co-stars except for Vin Diesel.

“That’s an official wrap on Fast And Furious 8. Thank you to our director for the vision and execution. Thank you UNIVERSAL for being tremendous partners as always, thank you to all my fellow co-stars for the daily effort and grind. Scott Eastwood, you handsome sum b****! Natalie Emmanuel, I have a cold Budweiser ready for you and Tyrese Gibson you still have the biggest smile and forehead I’ve ever seen,” The Rock captioned the image.

We are hoping they resolve the feud before Fast 8 hits the screen.

Since I became active in social media, I was aware of its downsides and desisted from its provocative use. ... Read More...