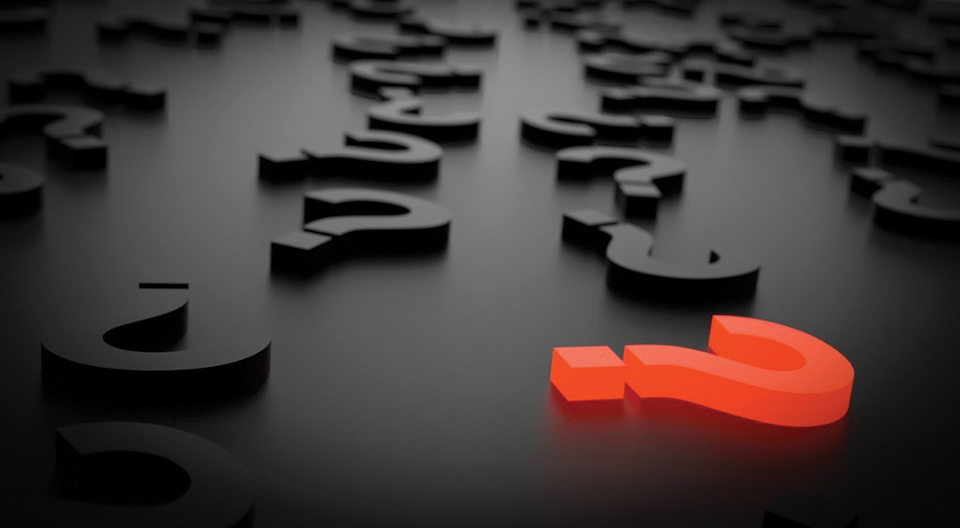 In Nepal, the black and white way of looking at things sees patriots as villains. On the other hand, one who hates Nepal and constantly ridicules her is celebrated as a discerning critic

If you haven’t heard it, here’s some bad news: The black and white worldview is back. Like all inestimable things, the extent of its spread cannot be quantified with precision. But a bird’s-eye view of opinions voiced in current-day Nepal certainly indicates that it is widespread, and already difficult, if not impossible, to contain.

Not long ago, one could spot plenty of shades of gray in the opinions of people across all spectrums. It was reassuring because a gray outlook is restrained, rounded, and nuanced. Perhaps most importantly, it recognizes that we are all flawed in more ways than we will ever come to comprehend.

Then came social media. It invaded our lives with promises that were at first very attractive and difficult to disbelieve. Readers applauded at news stories of Facebook helping people trace and get united with long-separated siblings. Parents were able to find their estranged children. What was hitherto considered impossible was happening at astounding regularity.

A barrage of other social media platforms followed. Some thrived. Others disappeared as quickly as they appeared.

Social media certainly deserves full credit for democratizing the media. What took a commoner days or weeks, if not forever, to get her reservation about a news article, an opinion piece, or a political development heard by the public, now takes just seconds. Platforms for sharing opinions, once monopolized by the traditional media industry, have become accessible to everyone who owns a smartphone or a computer that has internet access.

Delusion of validation
Somewhere along the way, something untoward happened. The ability to voice opinions instantly, coupled with repeated validation in the form of likes, retweets, et cetera by friends, emboldened people to the extent that they began believing their opinions were unassailable truths.

Imagine a boy who is constantly put on the pedestal by his parents. With time, the boy grows up to become an adult who believes he is special. The boy will never ask what makes him special, because repeated validation has cemented his false sense of worth. He will likely live his entire life in that delusional state of mind.

Social media is doing to grown-ups and youngsters alike what many parents have done, regrettably, to their children.

In 15 years since Facebook was founded, many people have had their opinions repeatedly validated by friends, out of politeness more than anything else. This has, ironically, produced armies of people who subscribe to the black and white worldview. They believe they possess infallible yardsticks which give them the power to tell right from wrong, good from evil, and a crook from a saint.

In sharp contrast to the gray worldview, the black and white worldview is simple, easy to adopt, and therefore highly contagious.

In Nepal, the black and white way of looking at things sees patriots as villains—the biggest hurdles to progress. On the other hand, one who hates Nepal and constantly ridicules her is celebrated as a discerning critic, because, come on, we aren’t doing great, are we? A Pahade, no matter how poor, becomes an oppressor. A Madhesi, no matter how privileged, becomes the oppressed. All men are seen as either rapists or potential rapists. All women are seen as victims or potential victims. All politicians are seen as corrupt. Every businessperson is believed to be a rascal. All hospitals are believed to have been established with the sole objective of milking patients to death. All schools are seen as institutions that follow one mantra: rip off parents under this or that pretext.

To be fair, the spread of black and white outlook isn’t a new phenomenon. It has happened at various points in history at different scales. This disease was recognized as early as in 1871 by Charles Darwin, who wrote in his book The Descent of Man, and Selection in Relation to Sex: “Ignorance more frequently begets confidence than does knowledge.”

In 1933, Bertrand Russell saw it as a problem and wrote: “The fundamental cause of trouble is that in the modern world the stupid are cocksure while the intelligent are full of doubt.”

Rise of cognitive bias
This cocksureness, or cognitive bias, was later established as an empirical fact by social psychologists David Dunning and Justin Kruger. What is now eponymously known as the Dunning-Kruger effect essentially says the more you know, the less confident you are likely to be, while it’s easy to be over-confident if your knowledge is superficial.

Those sold on cognitive biases were not long ago little-known teashop commentators who intrigued listeners with their crazy conspiracy theories. Nowadays, they have the advantage of using social media platform to feed their biases to a vast consumer base. In a society plagued by cynicism, the more cynical the bias, the more marketable it is.

In Nepal, the spread of cognitive bias, especially conspiracy theories, has already had some tragic consequences. How disruptive such biases can be when they infect the masses was seen in the aftermath of the rape and murder of a 13-year-old girl in Kanchanpur last year. Popular cognitive bias was able to mislead investigation and delay, perhaps indefinitely, justice to the deceased and those bereaved. There certainly were inexcusable lapses from police in the immediate aftermath of the rape and murder. Intense social pressure resulting from conspiracy theories only complicated things. The result was two more girls—the Bam sisters—were needlessly victimized for a crime that a rapist and murderer, who still walks free, committed.

A similar bias that perceived the government as launching an attack on culture organized the masses against the Guthi Bill earlier this year. It didn’t take long for the masses to force the government to withdraw the Bill. To the masses, it was an achievement—a government elected with an unprecedented mandate had been forced to capitulate. The merits of arguments for and against the Bill can be debated endlessly. But the way things unfolded doesn’t bode well for those who believe in rule of law.

In March, the government’s success to mainstream C K Raut was ridiculed as sellout because popular cognitive bias found it too good to be true. “People’s mandate” mentioned in the agreement between the government and Raut was misinterpreted as a concession for plebiscite. In the eyes of those who see things in black and white, how indeed could a bunch of corrupt politicians achieve something so important? There was definitely a conspiracy, wasn’t there?

In May, President Bidya Devi Bhandari’s usage of the term “my government” in her speech at a joint session of Parliament was misinterpreted as clear indication that monarchy had returned in a new avatar. This bias was aided by a pre-existing bias that a majority government will always march toward authoritarianism.

Recently, a popular television anchor arrested under the suspicion of abetting suicide was declared by an overwhelming section of social media as someone of irreproachable integrity. The arrest was seen as a conspiracy to gag him. Protestors took to the streets and attempted to influence police investigation and court proceedings.

Debates on improving laws are healthy. But attempts from the streets to influence the course of police investigation, or court proceedings, aren’t.

If people who take to the streets are to be entrusted with everything including rape and murder investigations, and suicide abetment investigations, then police, courts, and the institution called government are perhaps expensive indulgences that should be immediately done away with.

World is gray
If that is the objective, then rabble-rousers must be reminded that they aren’t going to achieve it, however hard they try. If it isn’t, and if these are just people misled by the Dunning-Kruger effect, then those who see things as they are must raise their voices.

Those who still believe in order and that the world has shades of gray have to shout, if they must, at the top of their lungs so that the swiftly advancing, often anarchist, worldview of black and white is halted and is forced to retreat.

Every age has its unique challenges. This article mentions just one among a variety of challenges posed by the times we live in. Neither our ancestors, nor our children, can fight the challenges that we are faced with here and now.

It isn’t a small challenge, to be sure, but is one that can be dealt with.

According to a report by Pew Research Center (Feb 5, 2019), more than five billion people own cellphones today. Half of them, or over 2.5 billion people, own smartphones. In Nepal, penetration of internet stands at over 63 percent, according to Nepal Telecommunications Authority.

Let me end with a piece of good news: Not everyone who has a smartphone and an internet connection suffers from the Dunning-Kruger effect.

Bikash Sangraula is a journalist and a novelist
Twitter: @writerbikash

Popular Dancer Sushant Khatri posted a video captioned 'Nepal Police this is wrong!!' on his Facebook and talked about how... Read More...