The one who didn’t back down 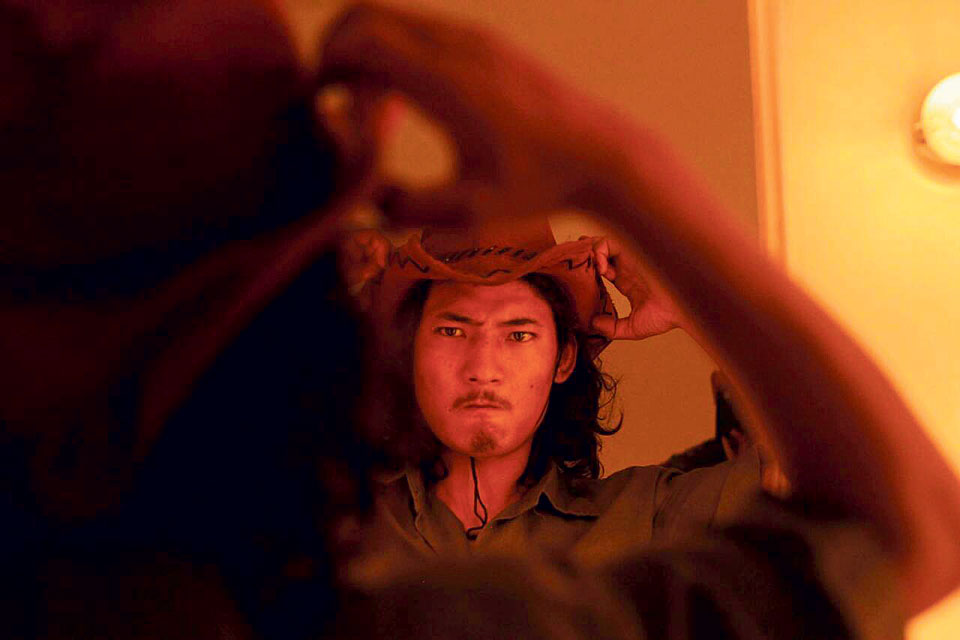 Suraj Tamu’s family wanted him to join the British Army and thus carve out a future where everything was perfectly mapped out. But he decided to follow his passion even though it was risky and didn’t come with the certainty that a career in the British Army did. And today, Tamu, as a theater artist, movie actor, and a singer, has enough reasons to be happy about his decision to do so. Tamu’s most recent project was the play ‘Kora’ that was staged at Shilpee Theater in Battisputali, Kathmandu. Directed by Loonibha Tuladhar, the play was based on Tenzin Tsundue’s anthology of poems and Tamu portrayed the role of a Tibetan refugee. The Week’s Ashma Chhetri caught up with the talented actor in order to get to know him a little better and understand how he manages to do all that he does with such finesse.

How was your first acting experience?
I came to Kathmandu from Gorkha three years ago with a dream of becoming a professional singer. I made many new friends and one of them happened to be a theater actor. He was preparing for a street act and they actually needed one more person to play the role of a guy from Tarai. I might have been clueless about acting but I accepted the role because I was curious and excited. I had around five sentences to speak in the entire play but prepping for it was the hardest thing I had ever done. Hailing from the Gurung community, it was almost impossible for me to speak in the accent that the script demanded from the character. I actually had to practice those five lines more than the lead actor who had to memorize the entire script. It was tough but it was what taught me the value of patience and also, through it, I discovered my love for acting and theater.

Now that you are into acting, do you still sing professionally?
I simply can’t sing pop songs or the kind of songs that are trendy these days. Even if I try one, I sound as if I’m singing folk songs, or a ‘dohori’ to be precise. But I have been complimented for singing songs from my culture. It’s called salaijo. I have also worked as a playback singer in various movies in the Gurung community. But, to be honest, I consider myself a rookie who has a lot to work on. I’m still working on improving my singing abilities along with my acting career. Let’s see what the future has in store for me.

Be it while singing or acting, what do you do when you make mistakes on stage?
Mistakes happen all the time. Even when you have practiced for months for a performance, you are bound to slip up somewhere. During the recently staged play ‘Kora’, I was portraying the role of a monk and the ‘damaru’ was an essential prop for my character. During one of the acts, the ‘damaru’ suddenly slipped from my hands and rolled over from the stage. I was aghast but I couldn’t show it. I simply walked towards it while continuing with my dialogues as if nothing had happened and then picked it up. The ones who were sitting on the front row might have noticed what I was doing but I bet most of the people in the audience didn’t have a clue about it.  I guess all you can do when you make a mistake is not let it show on your face and don’t let it bother you too much either. Otherwise, you will distract other performers too. But you get better at covering your mistakes with time and experiences.

Care to share something that not many people know about you?
People see me as a very optimistic and cheerful person. I make friends easily as I can start a conversation with anybody. But I actually also quite enjoy being lost in my own world. I grew up with my grandparents and I didn’t have many friends. Since I used to be alone most of the time, I created a separate zone where I talked to myself, sang, and looked for small reasons to keep me happy. And I still do that, though I’m a lot more gregarious now than I ever was before.

What would you say has been your biggest achievement so far?
It would definitely have to be getting to perform for the audiences in India. The drama Jai Maya was such a hit in Nepal that it lasted for an entire month. Due to this, we wanted to showcase it internationally as well. We then applied for a festival of National School of Drama in Delhi, India. Fortunately, we were selected and that was a really proud moment for all of us involved in the project.

Of all the hats you don, which one do you enjoy the most?
Right after my first street act, I was offered a role in a movie. I’m not sure where the film stood in the Nepali film industry but it did pretty well in the Gurung community. This brought me some recognition and I got offered roles in three more movies. But I prefer performing on stage, in front of a live audience, rather than acting in front of the camera. It is more fun that way.

Here’s what legal experts say as PHSC turns down Joshee

Two dead, one injured as van knocks down motorcycle in Morang

URLABARI (Morang), Nov 3: Two persons lost their lives and one person was critically hurt after a van hit their... Read More...