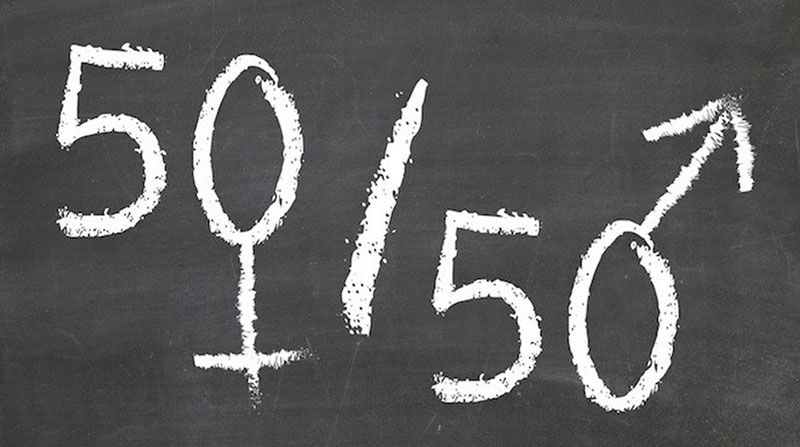 Norway is pretty forward thinking in terms of gender equality, but we don’t seem to practice it as well as we think. I’m constantly thinking: how much power have we really gained? We have to keep fighting to even keep what we’ve fought for already.
– Jenny Hval, Norwegian artist

Today, there are 10 female elected leaders in office in the world, including our own Prime Minister Erna Solberg, and Nepal’s President Bidya Devi Bhandari. This reflects a long history of struggle for equal rights, and that both Norway and Nepal have made positive steps towards a gender equal society. This said, we still have a long road ahead. In light of the upcoming elections, it will be crucial for Nepal to work towards the inclusive representation of women at all levels of governance. This week, Norway is hosting the seminar Nordic Talks, to share lessons learned from the world-renowned ‘Nordic Model’ of governance.

For over 25 years, Norway has been a committed development partner to Nepal. In our engagement with Nepal, we try to think how lessons from our own history, as well as that of our Nordic neighbors—Sweden, Denmark, Iceland and Finland—can contribute in positive ways. State and society of the Nordic countries is founded on democracy, good governance, an advanced welfare system and relative social equality—a governance and value structure often referred to as the Nordic Model.

Believing that the lessons from this Model may be of interest to Nepal, we have initiated a seminar series called “Nordic Talks” that focuses on how experiences from Norway can contribute to Nepal’s own democratic transition.

For our next seminar, to be held tomorrow, the theme will be “Women in Transition: Participation in Times of Change”. The seminar coincides with the visit of Norwegian State Secretary Tone Skogen, who will be highlighting gender equality during her visit to Nepal. As part of her visit, Skogen will participate at the Talks where she will deliver a keynote speech and be one of the panelists together with representatives from Nepali society.

The Nordic Model
In Norway, gender equality has been high on the political agenda for the past few decades. Women gained the right to vote in 1913, but it was not until the 1970s when the feminist movement gained another momentum, culminating in the Gender Equality Act of 1978. This Act was a milestone in the history of Norwegian gender equality. For the first time, we had a legal document that made it forbidden to discriminate on the basis of gender. The Act applies to all areas of society, and is enforced by the Gender Equality and Anti-Discrimination appointee, the “Ombudsman” and the Gender and Equality Tribunal. It attempts to secure equal rights of women and their protection against discrimination. Among others, the Act secures the right to abortion, and prohibits dismissals due to pregnancy and family obligations, and establishes a right to equal pay for work of equal value.

A more recent political tool that Norway makes use of is special Quota Schemes to ensure gender balance across governmental institutions and private companies. From 2004, all boards have been legally required to guarantee at least 40 percent women representation. More and more European governments are now applying similar procedures. Hopefully, we will not have to regulate this in the future, where gender balance will become a natural part of everyday society.

Another key priority in the Nordic Model, which we also share with Nepal, is the women, peace and security agenda. This involves promoting women’s participation in peace processes and negotiations, and addressing gender aspects in the design and implementation of all Norwegian peace and security efforts.

Harnessing women’s energy and creativity is an economic imperative, something important for Nepal’s future growth. Women’s employment boosts GDP and contributes greatly to Norway’s productivity, growth and development. The logic is simple: more women entering working life means a larger workforce and more tax income to be spent for the common good. It also means making good use of a highly qualified portion of the population. In Norway, women outnumber men in higher education by 6 to 10. A larger workforce (as many women and men as possible) is quite simply an investment in a country’s wealth and prosperity. In 2016 Norway became one of the first countries in the world to make general military service compulsory for women.

The work continues
The abovementioned achievements would not have been possible without a strong and independent civil society as well as dedicated individuals. The most important factor, however, was, and still is, the political will and progressive nature of the Norwegian government. Gender equality has been high on the agenda of all political parties, and achievements made have not gone unnoticed. In World Economic Forum’s Gender Gap Index of 2016, Norway is ranked as the third most equal society in the world, only surpassed by Iceland and Finland. This includes having a government that consists of almost 50/50 men and women, as well as a 40 percent participation of women in parliament. Today, we not only have a female prime minister. The finance minister and the heads of the employers’ association and the trade union confederation are also women.

Nepal has already done a lot to create more space for women in political positions. However, a vital test for how far the country has come in terms of gender equality will be the local level elections in May. The new Local Election Act provides 40 percent guaranteed representation of women and a strong likelihood of more representation of women in crucial decision-making process. Additionally, it will be mandatory to nominate a Dalit woman for ward-level positions of a municipality or village council. Let us hope that women will not only be present in the local governments, but listened to as well. Time has come for women to take centre-stage in the democratic future of Nepal.

We have come a long way, but this does not mean that we can sit back and relax—equality is something that must be maintained and encouraged at all times. That is why gender equality continues to be a priority for Norwegian politicians. While working to strengthen women’s rights back home, we will keep sharing our experiences with our Nepali sisters and brothers, not only for women’s empowerment, but for the balance of society as whole.

After all, gender equality is not a women’s issue. It is a human issue.

Nordic Talks: “Women in Transition: Participation in Times of Change” will take place in Hotel Annapurna, at 2.30, Thursday, March 23.  Follow @norwayinnepal and #nordictalk on twitter to take part in the live tweeting from the event.

The author is Norway’s ambassador to Nepal

Trained as a computer engineer, now a model goat farmer