The Nice victims: A boy, a police officer, 6 family members 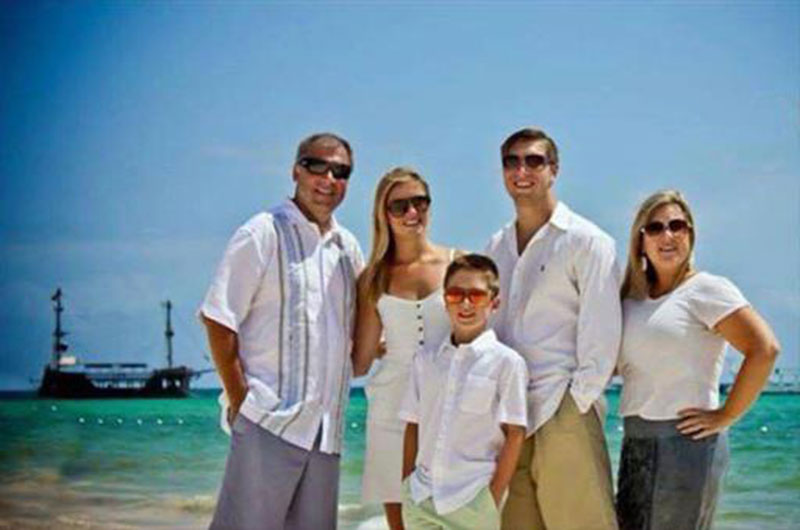 NICE, July 16: The terror attack on a festive Bastille Day crowd in France indiscriminately killed locals and foreigners alike, men, women and children. The driver of a truck slammed into the festivities Thursday taking the lives of 84 people, including six from the same family. Among those who've been identified were Americans, Germans, Ukrainians, Swiss and a Russian.

Here are portraits of some of the victims:

Six of seven family members who gathered in Nice to celebrate Bastille Day and each other's company died in the attack. The sole survivor was too traumatized to talk to the media, local news outlets reported.

The Republicain Lorrain newspaper identified the victims as retirees Francois Locatelli, 82, and Christiane Locatelli, 78; their daughter, Veronique Lyon, 55; and Mickael Pellegrini, 28, their grandson. The family had gone for a brief holiday to the French Riviera. They met up with Veronique's in-laws Gisele Lyon, 63, and Germain Lyon, 68, who also were killed. Their son, Christophe Lyon, was the sole survivor.

The Locatellis were well-known in the township of Longwy in northeastern France, where Francois had worked as a heating engineer and his grandson taught high school economics and social studies at the Lycee des Recollets.

"The large Recollets family has just lost one of its own," the school said on its website. "We join the family in their enormous pain and distress."

According to the Liberation newspaper online, Christiane Locatelli "loved to laugh." She was a formidable woman who liked orchids and postcards, her older sister, Jacqueline, told the newspaper. Locatelli had just sent her sister a postcard from her Mediterranean vacation.

"She asked about my health. In the end, she was killed by a jerk," Jacqueline told the newspaper.

Veronique's in-laws were mourned by their hometown of Bram, in southern France.

"We cry this evening for these innocent people who came to spend an evening with their family and then found themselves facing a murder frenzy by this man," Mayor Claudie Mejean said on her Facebook page.

The Copeland family, from a town near Austin, Texas, was taking in some of Europe's classic sights on vacation, starting with the running of the bulls in Pamplona, Spain.

Sean Copeland, the 51-year-old father of the family, and his 11-year-old son, Brodie, were killed in the truck attack while other family members survived.

"We are heartbroken and in shock over the loss of Brodie Copeland, an amazing son and brother who lit up our lives, and Sean Copeland, a wonderful husband and father," said a statement released by family friend Jess Davis.

Sean Copeland was a vice president at a software division of Lexmark Inc., a business automation firm, where a former co-worker remembered him as someone devoted to his family and a charismatic and generous person who wanted others to succeed.

"He was one of those guys you couldn't help but like," said John Dorr, who was hired by Copeland for his first software sales job 20 years ago. "He was always happy, always smiling."

Brodie was in the honor choir and active in sports at Lakeway Elementary School, Principal Sam Hicks said in a statement. Aaron Cable, head of player development for the Hill Country Baseball Club, told the Austin American-Statesman newspaper that Brodie was a mature, funny, "one-of-kind kid" who aspired to be an actor or comedian.

As the president of an athletic club in his hometown of Marcigny, Robert Marchand was in Nice with some club members for a sports league meeting, according to Le Journal de Saone-et-Loire, a regional newspaper.

He never made it back to his home in east-central France. Marchand, 60, was killed in the attack, Marcigny Mayor Louis Poncet told the newspaper.

He was "a very dedicated man, an enthusiast who elevated the athletic club to its highest level," Poncet said.

Marchand, a married father of a daughter, was also a coach and an all-around good sport. When the club's young athletes put on a show in 2014, Marchand played his part by staging magic tricks with his wife, according to an account at the time in the newspaper Le Pays.

He worked for a company that specializes in security systems for the military, French media said.

In his last moments of life, 27-year-old Timothe Fournier was more concerned about his pregnant wife, pushing her out of the path of the truck.

"He was a dreamy young man, but he was always there for her and their future child," a cousin named Anais told French radio.

It was unclear whether Fournier's wife, who was seven months pregnant, escaped unscathed.

The couple lived in Paris and was in Nice for the holiday.

Viktoria Savchenko, 20, was on holiday with her pal Polina Serebryannikova, both of them students on summer break from Moscow's Financial University.

When the truck sped through the crowd, Savchenko couldn't get out of the way in time. Serebryannikova was hospitalized with injuries, Russian news reports said.

The newspaper Komsomolskaya Pravda quoted a friend of the young women, Yulia E., as saying "They had so much fun, walked together. Vika took pictures of her. And suddenly all this horror."

Fatima Charrihi's son told French news media that she was a devout Muslim.

"She wore the veil but practiced a true Islam, not the terrorist version," Hamza Charrihi was quoted as saying by the newspaper L'Express.

He said he believes she may have been the first to die in the attack, struck down as she walked on the promenade with some nieces and nephews. He said another son performed CPR on her, but the mother of seven died on the pavement.

The son showed French media a residency card belonging to his mother, but her nationality wasn't immediately clear.

Linda Casanova Siccardi, one of the two Swiss nationals confirmed to have died, is described in a trade union newsletter as one of the country's first female customs officials.

A 2009 article in the Garanto newsletter says Casanova started in customs in the late 1970s and was the first woman from Ticino to receive a diploma as a customs specialist.

She described attending customs school at an old military barracks in Liestal and breaking through the barriers of a male-dominated industry that hadn't yet adjusted to women in the workplace.

Aside from work, she told the newsletter her big passions were animals, nature and long walks.

Emmanuel Grout was a high-ranking officer, deputy commissioner of the local border police, but he was off-duty and enjoying the fireworks with his girlfriend and her daughter when he was killed.

KAVRE, May 16: Family members of a youth, who was mistakenly shot dead by Armed Police of Force (APF) in Namobuddha... Read More...

Taleju Bhavani Temple opened for a day
4 minutes ago