The need to speak up 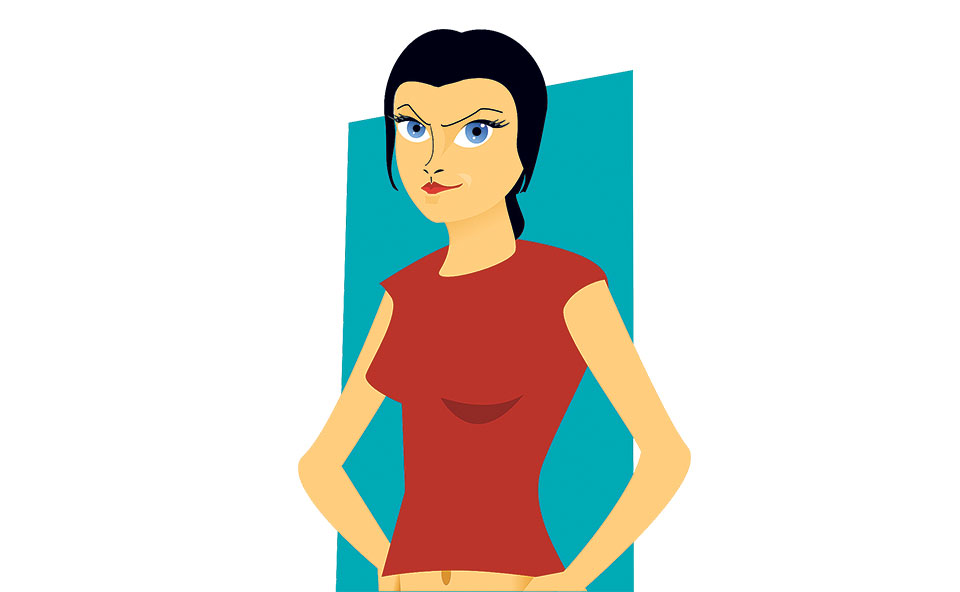 I wanted to stop the men from harassing the little boy. He looked really haggard and hungry too. Plus he was just a boy. His circumstances were such that he had to resort to begging but instead of seeing that and being nice to him, these men were adding to his troubles.

There are a million things that make me angry. People spitting on the road, children throwing chocolate wrappers on the sidewalk, their parents not saying anything, buses stopping randomly in the middle of the road or driving in the wrong lane, and judgmental people who comment on everything you do and behave like their word and opinion is final. And all that is just the tip of the iceberg. There are a great many things that infuriate me.

But I must confess that I’m not a very outspoken person and people tend to think I’m an introvert or, worse, an adaptable person who is okay with anything and everything. But that couldn’t be further from the truth. Things do bother me but what I’m not is confrontational. I’d rather keep quite than upset someone or speak up even when I’m unsettled by something for the fear of getting into futile arguments. I’m often guilty of turning the other way when I could have said or done something to correct a wrong.

Recently, I was walking along the streets of Thamel when I saw some men pushing a little boy while verbally abusing him as well. I felt really sorry for the little boy who just kept shaking his head and trying to get away from it all. One of the men even punched him on the arm. This little boy, who probably wasn’t a day over 10, had tried to grab a twenty-rupee note from the hands of one of the men and this was their way of “teaching him a lesson”.

I wanted to stop the men from harassing the little boy. He looked really haggard and hungry too. Plus he was just a boy. His circumstances were such that he had to resort to begging but instead of seeing that and being nice to him, these men were adding to his troubles. But as much as my heart went out to him, I crossed the road and walked away. I spent the rest of the evening thinking about the boy and wishing I had spoken up for him and done something about the way these men were treating him.

That wasn’t the only time I have felt the need to speak up but have chosen to do the opposite instead. I guess I have conditioned myself to mind my own business and not get caught up in matters that don’t concern me. Actually, sometimes even if something concerns me I choose to let things slide because it’s the easier way out. A lot of people seem to think lashing out or fighting is easy, it’s being in control that’s difficult. But I often ask myself what good that control is when you feel so miserable inside.

I admit that there are certainly times we should be silent, but then there are so many other times when we simply need to get out of our comfort zones and say something. Though there is prudence in staying mum, not speaking up at all, even when every ounce of your being tells you to, isn’t smart – it’s actually fear.

I have always told myself and thus come to believe that taking time to think before blurting out a hasty opinion or a statement is a virtue, and sometimes if there is no beneficial outcome by voicing your opinion then simply being quiet is the best course of action. But that has become so ingrained in my system that even when I know it is sort of my duty to speak up, I keep quiet.

A lot of us tend to do that. And as a result people get away with a lot of senseless things, like harassing that boy or spitting on your shoes and not even saying sorry. Not only that, the incident weighs heavily on your mind. Because you didn’t actually say anything in real life, you think about what you should or could have said, and how it might have gone. What also often happens is that you continue to harbor that injustice and it causes a long-term emotional response in your mind and body. Thus speaking up when you feel the need to isn’t only the right thing to do, but it’s also good for your mental wellbeing.

When you don’t speak up, you are also, in many ways, letting indifference take over your life. And I say this from personal experience. For the longest time, by allowing myself to believe that “it wasn’t my business” I was simply choosing the easiest path possible in any situation.

In a world where the virtues of silence have long been recognized, speaking your mind definitely has its downsides. There’s a popular saying that goes “speech is silver but silence is golden.” So you might be perceived as argumentative and your logic and reasoning might fall on deaf ears when you chose to speak instead of stay silent, but I have come to realize that speaking up often clears your conscience and gets rid of unnecessary emotions that can bog you down. And a lighter mind and conscience is a whole lot better than people’s opinion about you, isn’t it?

The writer loves milk tea and cookies. She doesn’t shout when she is angry but you can tell by the color of her ears. She can be contacted at  ip_bista@gmail.com.

Journalists urged to comment abiding by election code of conduct

KATHMANDU, May 11: Nepal Press Council (NPC) has urged all the journalists to voice their opinion or comments in moderation... Read More...

Barcelona says the Argentine Football Association has apologized for comments made by its national team coach Edgardo Bauza about Lionel... Read More...