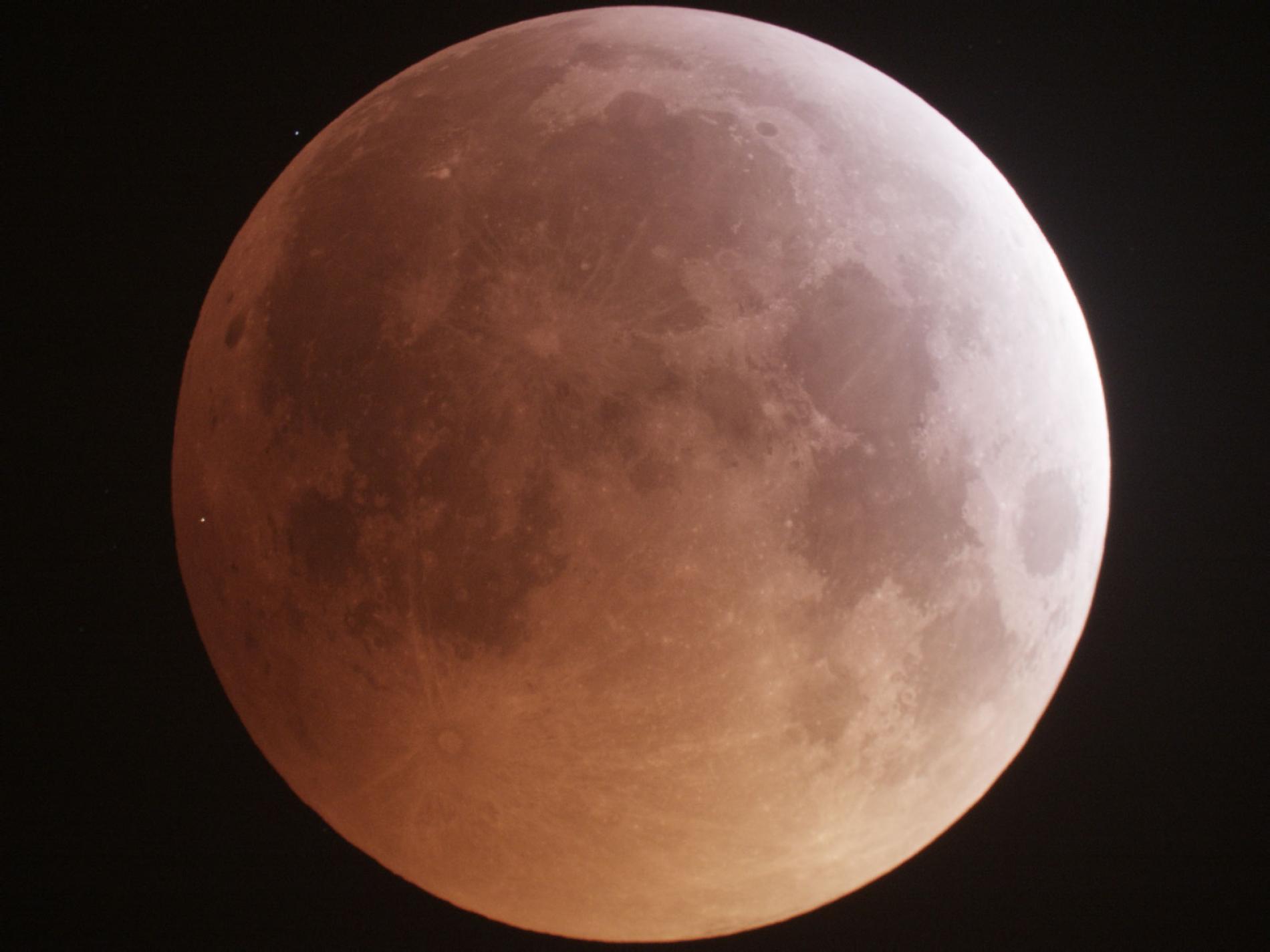 April 16: The moon’s magnificent desolation is far wetter than scientists imagined. A NASA spacecraft sent to study lunar dust and atmosphere also picked up signs of water being released from the moon as meteors collide with its surface. This unprecedented detection, reported today in the journal Nature Geoscience, shows that tiny impacts release up to 220 tons of water a year—much more than should be on the surface based on previously known delivery systems.

“There was so much that the instrument on the spacecraft acted like a sponge, soaking up the water that was moving through the atmosphere,” says study leader Mehdi Benna, a planetary scientist at NASA’s Goddard Space Flight Center. “When we turned the instrument on, what we found was extremely exciting.”

The discovery offers fresh clues to our understanding of how the moon formed in the first place, and it provides tantalizing targets for future human missions, which could one day use the moon’s watery bounty for both hydration and propulsion.

“We always think of the moon as a very peaceful and desolate place,” Benna says. “And now with this data, we see that the moon is actually very active and responsive.”

We’ve long known that there is some amount of water on the moon, most of it locked up as ice in permanently shadowed craters or hidden deep below the surface. Water can be delivered to the moon in two ways. Hydrogen from the solar wind can mix with oxygen on the surface and make a chemical relative called hydroxyl, which in turn interacts with lunar rocks to create hydrated minerals. Comets and asteroids can also deposit water on the moon when they slam into it.

But the new data, collected by a retired NASA spacecraft called LADEE, revealed something unexpected. While LADEE was in orbit around the moon, it witnessed meteor showers, the same way we do here on Earth. At certain times of the year, our planetary system crosses into the orbits of comets, some of which are strewn with debris. Most of these cometary leftovers burn up in our atmosphere, sparking the annual sky shows we call the Geminids, the Perseids, the Leonids, and more. On the airless moon, though, these meteor showers bombard the surface.

“Every stream is millions of particles, like a rain of small impactors,” Benna says. “We saw 29 known streams of meteors, and each stream is related to a comet.”

As these little particles collided with the surface, they kicked up the top layer of fine soil, or regolith, revealing much more water than the team expected to find below the first few centimeters.

“This loss of water can’t be compensated for by the solar wind hydrogen implantation or by the water that comes with micrometeorites themselves,” Benna says. “So there must be more water in the soil of the moon that can’t be replenished by those two known sources. The only way to explain that is to have an ancient reservoir of water that's been basically depleted over geological time.”

Benna and his team estimate that the moon has a fairly even amount of water just a few centimeters below the surface. This means the moon holds more water that could have been delivered to it over its lifetime by solar wind or comets, which speaks to a problem planetary scientists have been trying to solve for decades.

During the early days of our solar system’s formation, giant masses of young planets crashed into each other, flinging debris out into space. All the material that created Earth and the moon swirled around each other in a cosmic ballet. As a result, the moon and Earth share some history, but it’s been hard to explain why the moon seemed to have so little water in relation to Earth’s reserves. While the exact connections are unsure, the amount of water could be linked to the moon’s early volcanic history or the exchange of material between the moon and Earth in the earliest days of the solar system.

“This is an important paper because it's measuring the release of water in the present day,” says Carle Pieters, a planetary scientist at Brown University who was not involved with the study. “They have started the discussion about asking, Well, what happens here? Is the water young? Is it old? Is it related to a surface process or is it an ancient reservoir? They're the right questions to ask.”

The team's data can now inform scientists working on theories for the moon's origin story and how it might have obtained so much water. In addition, as NASA prepares to send humans back to the moon, whole missions will be dedicated to mapping lunar water and figuring out how the moon may supply future crews with the resources they need to survive.

“This is so exciting because they are catching all of this in progress—watching the water move in the exosphere before it either lands back on the surface or is lost to space,” Pieters says. “This is a really important piece of the story.”

FLORIDA, June 11: The largest planet in the solar system will be close enough to see without a telescope this... Read More...

No one can become PM by making noise: Dr Koirala
1 minute ago