The meaning of words 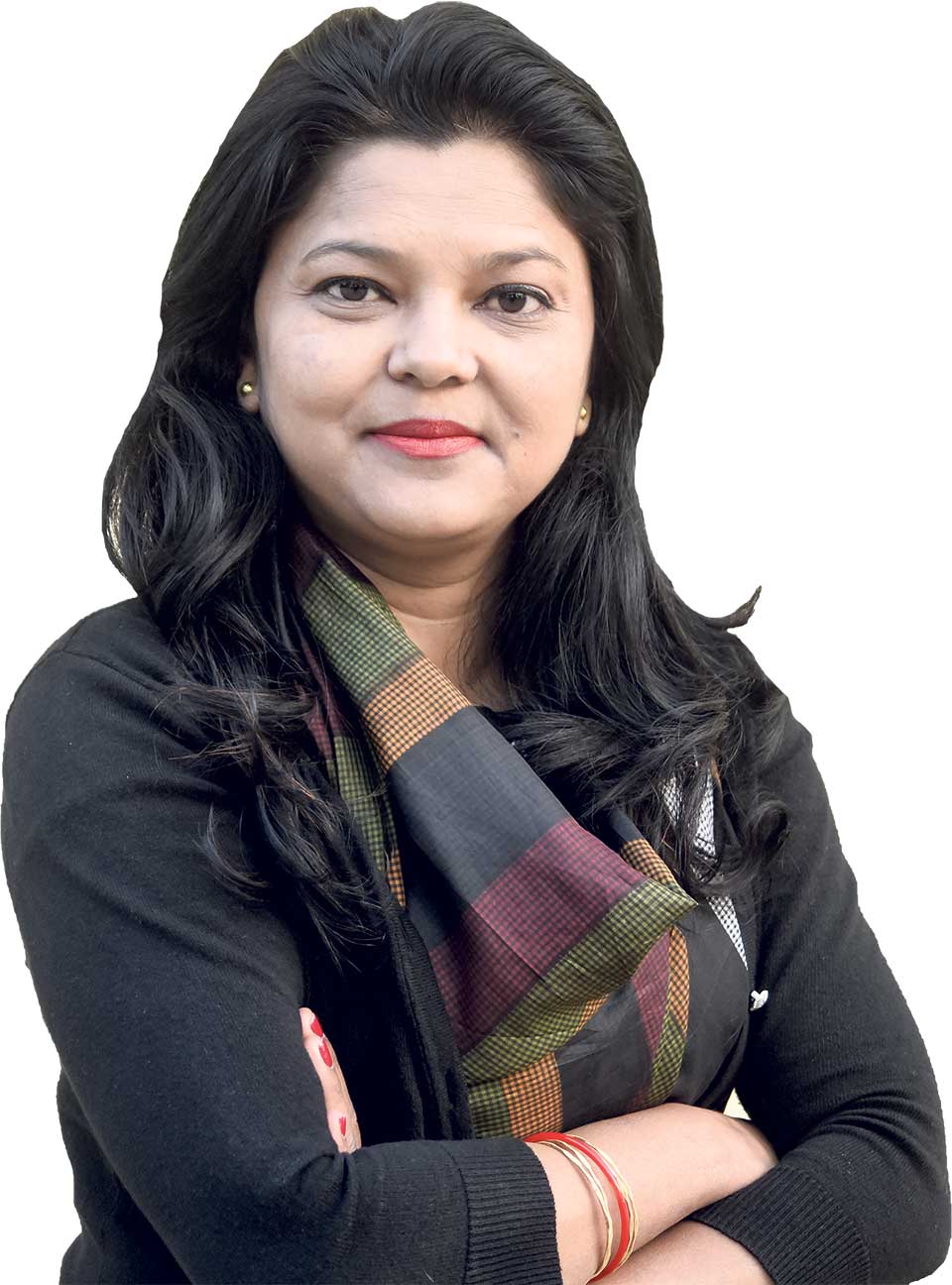 Neelam Karki Niharika is making waves in the Nepali literature scene as one of the few female writers to be awarded the coveted ‘Madan Puraskar’ and the prestigious ‘Shree Padma Puraskar’. She has been writing for nearly two decades and her works have garnered praises from literary critics and readers alike.

Her last book, ‘Yogmaya’ earned her the ‘Madan Puraskar’ of 2074 and the book has been greatly received by Nepali readers. By profession, she is a nurse and lives in the United States of America. She believes being a nurse is what lends her the empathy to view human struggles with profound understanding and it is thus that she writes of gender issues, child psychology, and human behaviors.

The Week’s Rakshya Khadka caught up with her to better understand the motivations with which she writes and the different meanings she tries to convey through her writings.

‘Yogmaya’ chronicles the life of one of Nepal’s early proto feminist. What led you to write a book on her?
After the book ‘Cheerharan’ my mentor, Dahal Yagyanidhi, suggested that I write a book on Yogmaya and I instantly agreed. But I wasn’t very familiar with the lady herself so I took to searching information on her but what I found was limited. So my team and I traveled to Bhojpur to get the locals insight on Yogmaya. The more I learnt about her, the more I was left in awe. This was a woman born over 170 years ago but the passion with which she fought against the Rana regime, slavery system and the despicable ‘sati pratha’ is phenomenal. It came to me as a great surprise that hardly anything was written on her. Her story, I believed, had to be out and heard by the masses. She was no ordinary lady and I felt a deep compulsion to write a book about her.

Has literature always been a part of your life?
Both of my parents were teachers and they took me to their classrooms when I was barely a year old. Nighttime stories would be my mother reciting the Ramayana or the Mahabharata and, because these are giant volumes of stories, they never ran out of episodes to make stories of. Also the community I grew up in, in Palpa, was very close knit. We sat in huddles listening to ‘swasthani’ narrations in the cold months. And I also took up to reading the ‘swasthani’ before the same masses a little later in life. Back then there were radio programs in Radio Nepal, namely ‘Sahitya Sansar’ run by Dahal Yagyanidhi, a literary figure I’ve since had great reverence for. Literature was everywhere around me, I only just reached out.

You wrote books very early on in life, what prompted you to do so?
My profession as a nurse means I get to see lives turn out for the worse. I’ve seen great misery in my time, patients dying in rural villages because they could hardly manage the medical bills or parents losing their children in the worst possible scenarios were common narratives. As you would have it, literature lovers have tender hearts. I found myself deeply affected by the scenes played out before me and I’d have sleepless nights. It was during these times I wrote my first two novels. They were my outlets really. They were my way of expressing the sorrows of those around me and those of my own.

What do you think is necessary in making books worthwhile?
Every writer writes with a purpose. And delivering these purposes is important. Different people appeal to different styles and ideas so it is necessary to be diverse. A well-crafted protagonist is always needed because it is through the characters that we get measures of human experiences and empathize with issues. The kind of message the writer wishes to deliver is of paramount importance too. You and I are creatures bounded by certain common factors but different because our experiences and our ways of dealing with these extrinsic motivators. I think worthwhile books are those that make the human experience real.

Out of everything you’ve done and achieved in the literary field, what have you been most proud of?
I’m no longer living in Nepal because I have circumstances of my own but I once got an email from a professor explaining how after reading my book, ‘Arki Aaimai’, his students have stopped applying for EDV. Another reader told me that my story ‘Bhagyamani’ changed the way he perceived children and recently a reader from Itahari expressed how reading ‘Yogmaya’ has transformed the way he views life. These kinds of things are therapeutic for my soul. Writing books is a huge undertaking. You have to push your own boundaries and test your endurance. But seeing the way your work brings about change is something to take great pride in.

Madhavi by Madan Mani Dixit
I personally love the character of Madhavi. This book itself is a struggle. It is difficult to understand in the first read itself because the issues it talks of are vast and most of us look at them with preconceived notions. I can only imagine the work it took to writing this masterpiece. It is a book birthed off pure endeavor.

Sumnima by BP Koirala
I’ve read this book multiple times and I view it with a new perspective every time. Also, I find evidences of my own maturity every time I read this book. Rather than being viewed through a religious perception, I think Sumnina should be viewed culturally. BP’s reverence for a certain indigenous group is something that ought to be admired. Sumnima herself is a nod of respect to a certain caste.

Shiris Ko Phool by Parijat
This is inarguably one of the best books to come off Nepali literature, or any literature for that matter. The theme is strong, and characters and the linguistic style personal and lyrical at the same time. I particularly love how the binaries of genders are represented in a typically patriarchal context.

Mrs Dalloway by Virginia Woolf
My love for protagonists extends even to this book. This book was written quite a while ago but the ideas discussed and advocated are applicable even to this day. This book to me is a reminder of man’s never-ending struggle to fight for what is right. And I love that this is what Mrs Dalloway stands for.

The Good Earth by Pearl S. Buck
The Good Earth is a book whose protagonist, at his core, is weak and quite frankly not admirable. But this is what makes the book powerful – the way struggle through life is portrayed. Also because the setting is unfamiliar to me, it lends the story an enigmatic appeal. Despite differences of culture, human struggle is inevitable and it’s what connects us too.