The Manchester derby in five matches 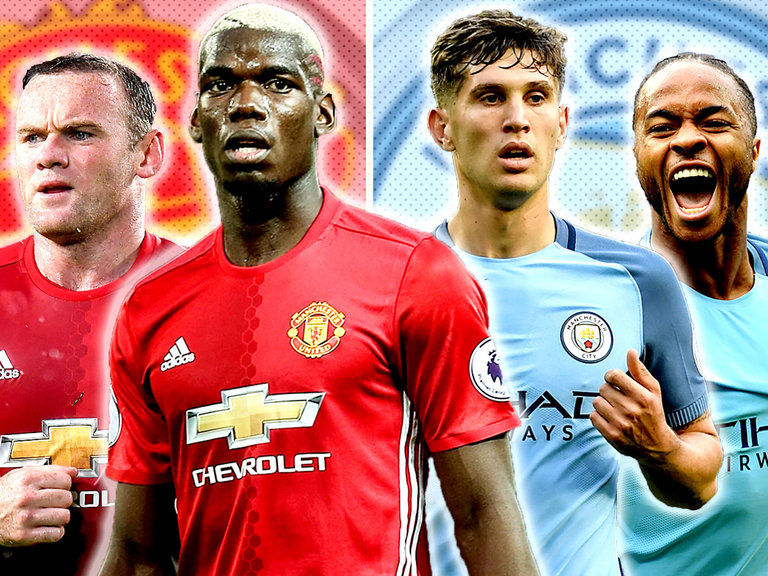 AFP Sport highlights five matches that explain the story of the 135-year-old relationship between the cross-town rivals.

With 10 games of the season remaining, United were second in the table and City third, while both teams had games in hand on leaders Leeds United. George Best found the net for United, but City claimed victory courtesy of goals from Colin Bell, George Heslop and Francis Lee. Both teams were in contention on the final day. City took the title thanks to a 4-3 win at Newcastle United, condemning United to a runners-up spot. But United’s season ended in glory as a 4-1 win over Benfica saw Matt Busby’s men become England's first European Cup winners, 10 years on from the Munich air disaster in which eight of the team died.

Scottish striker Denis Law left United in 1973 having scored 237 goals, which makes him the club's third-highest all-time scorer. But few goals were as resonant as the one he scored against United for City in 1974. United were desperate for victory in their battle to avoid relegation, but with nine minutes remaining and the score 0-0, Law's instinctive back-heel gave City victory. Results elsewhere meant United would have gone down regardless of the result at Old Trafford. But Law was distraught. He was immediately substituted and did not kick a ball again in league football.

Alex Ferguson was entering his third full season as United manager and having seen his side finish the previous campaign in 11th place, he looked no closer to ending their 22-year wait for the title. The 1989-90 season’s first derby at Maine Road was to prove a personal horror show for the Scot as David Oldfield inspired promoted City to their biggest derby win since 1955. But United ended the season as FA Cup winners, buying Ferguson valuable time, and it would be 13 years before they next tasted defeat in the derby.

Having ended their long wait for the English title in 1993, United followed it up with a league and FA Cup double in 1994. The derby at Old Trafford later that year reflected the gulf that had opened up between the two Manchester teams. Russia winger Andrei Kanchelskis scored a hat-trick and there were also goals for Eric Cantona and future City manager Mark Hughes as United returned to winning ways after a humiliating 4-0 defeat by Barcelona in the Champions League.

Ferguson dismissed City as the “noisy neighbours” following their acquisition by the mega-rich Abu Dhabi United Group in August 2008. But he could no longer dismiss the racket being made across town following this galling reverse at Old Trafford. Mario Balotell’s brace put City in control, the controversy-prone Italian famously revealing a T-shirt that read “WHY ALWAYS ME?” after opening the scoring in the 22nd minute. But it was Jonny Evans’ dismissal early in the second half that proved decisive. Sergio Aguero, David Silva and Edin Dzeko, who scored twice, hammered home the visitors’ numerical advantage. It was United’s heaviest home defeat in 66 years and Ferguson called it his “worst ever day”. Five months later, City pipped United to the title — their first since 1968 — on goal difference after Aguero’s injury-time strike secured a heart-stopping 3-2 home win over Queens Park Rangers on the season’s final day.

Kathmandu Valley alone witnessed 57.86 percent of total COVID-19 cases recorded across Nepal in the past 24 hours
22 hours ago
Former finance minister Khatiwada appointed as Nepal’s envoy to the US
3 hours ago

Photos: Pinnacle installed at top of Bal Gopaleshwar Temple at Ranipokhari
34 minutes ago
Four killed, 10 hospitalized in forest fires in eastern Ukraine
2 hours ago
Former finance minister Khatiwada appointed as Nepal’s envoy to the US
3 hours ago