The making of Naipaul 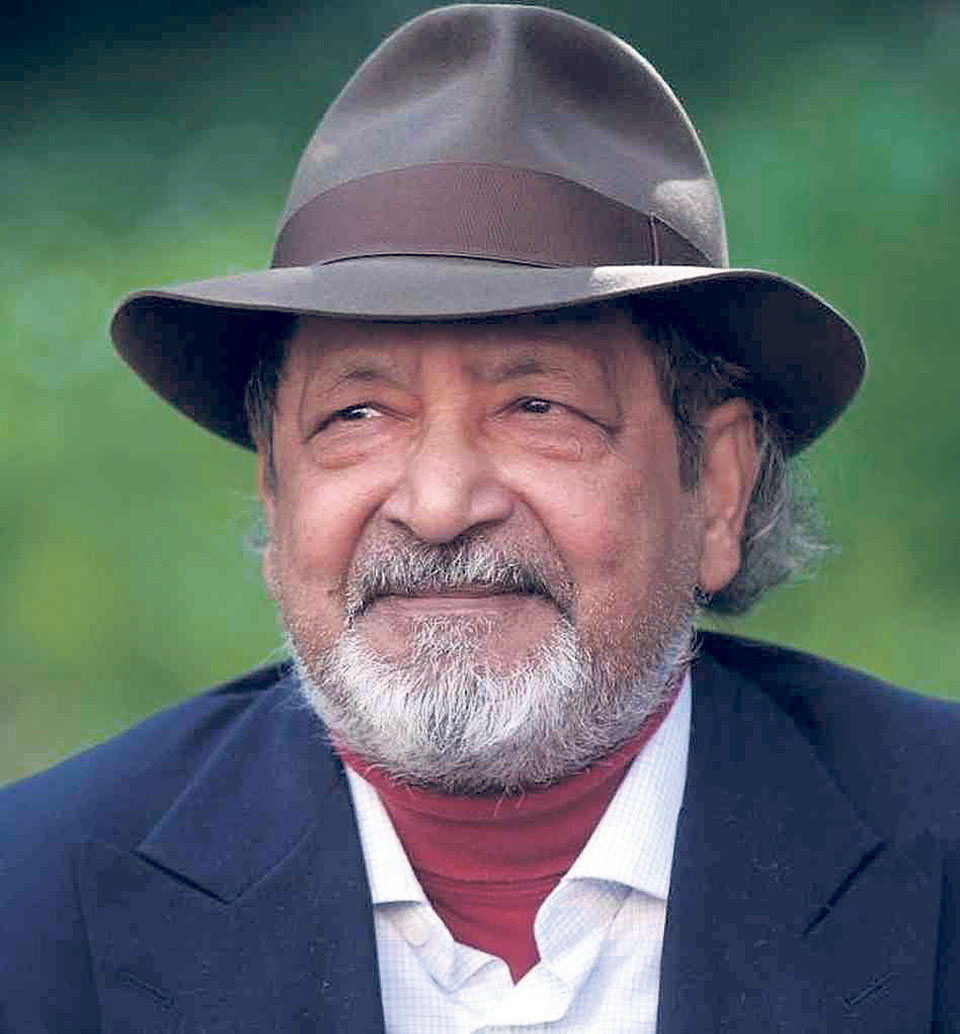 "How did you come to writing?" is a question that most writers encounter at some point in their careers. While doing a string of interviews, which later came out book form, Interviews Across Time and Space, I found myself asking the same question in the hope of unlocking the key to becoming a writer, but it didn't take me long to realize that there isn't a particular secret to it, as the writers I spoke to came to writing in different ways.

Manjushree Thapa, for example, came to writing "relatively late in life…after knocking my head against the wall for many years" and "giving in to the need for creative expression" while Pankaj Mishra, who has now transformed himself into a thinker/writer of global repute, knew that he wanted to be a writer from very early on.

However, it is always instructive to know how a certain writer came to writing. This is the reason why I am talking here about the making of VS Naipaul as a writer, based on “Letters Between A Father and Son,” a book, which has touched me in ways more than one.

Though a collection of family letters, the book can partly be read as a conversation on writing between Seepersad Naipaul, a journalist with writer-ly ambition and his future-Nobel Laureate son, VS Naipaul. Covering a little more than three years, the correspondences start in 1950 when VS Naipaul, aged 17, leaves for Oxford on a government scholarship.

Early on in the correspondences, Seepersad Naipaul, whose dream of being a published writer went unrealized, instills in his son the idea of becoming a writer:  "Your letters are charming in their spontaneity. If you could write me letters about things and people—especially people—at Oxford, I could compile them in a book: Letters Between a Father and Son, Or My Oxford Letters."

Though Seepersad Naipaul's desire to see Letters published goes unrealized in his lifetime, just like his dream of becoming a published writer, the letters, I think, did much to bring into sharp focus VS Naipaul's aspiration of becoming a writer, which had already taken root in his mind well before he left for Oxford. In his very first letter to his elder sister Kamala, who happens to be studying in Banaras Hindu University, he tells her to keep the dairy of happenings there, which can then be turned into a book.

Seepersad Naipaul wanted VS Naipaul to be what he couldn't be—a writer. Throughout the book, he acts as a mentor to VS, sharing tips and his ideas about writing. In his early letters, Seepersad writes to VS: “You must aim to say only what you have to say and to say it clearly. If in the chase for clarity you have to ignore a rule of grammar, ignore it." And a little later, responding to a letter sent to him by his son complaining about the subeditor for changing the title of one of his articles, Senior Naipaul says, "I don't think the sub-editor on the 'Isis' did your story any great harm. I think his intro was a slight improvement on yours....So don't let this worry you."

If anything, Seepersad wanted to be a writer. That VS knew well. He also knew that his father wrote well and could “manage a type of humor I cannot manage." So he too would goad his father to write. In a letter home, he says, "I hope Pa does write...He should begin a novel. He should realize that the society of the West Indies is a very interesting one—one of phony sophistication. In the Sookdeo bunch, he surely can see a novel. Describe the society just as it is—do not explain or excuse or laugh."

The goading does bring some results. Senior Naipaul writes, “You say I should write...Well, I have started to do so, but cannot say much just now…Let me first see how well the resolve works out.”
The resolve doesn't last long and he blames the workload at the newspaper he works for and the situation at home for the lack of time to write. Seepersad does however write a few stories and is able to sell them to the BBC and a few other magazines, but not to his son's satisfaction.

The son writes to his father in uppercase, as if in exasperation: “You have enough material for a hundred stories. For heaven's sake start writing them. You can write and you know it. Stop making excuses. Once you start writing you will find ideas flooding upon you. Don't look for dramatic stories or for humorous stories...Material you have it everywhere. Look back on your life. Remember a single man or incident that impressed itself upon you. And a story will grow.”

Though VS Naipaul does more than once exhort his father to refrain from providing excuses for not writing and pull himself to write, he himself is plagued by some of his father’s afflictions. In a letter he says, “I have stopped writing. I suddenly feel dry. I express myself in abominable clichés, and expressive words just don't come.” Fortunately for VS Naipaul, his affliction is not as severe as his father's and he is able to write regularly. At one point, he says, “I wrote the end to what has turned out to be a 277-page thing in typescript. The man at the Ashmolean Museum here, who has read the first 50,000 words, thinks it highly readable. So it appears that, with luck, father & son will have the first books out at almost the same time.”

But the death of his father at the young age of 47 puts an end to that possibility. VS Naipaul, however, goes on two write two books the same year his father died. About these two books, he writes, “The first, of which I have big hopes is at the moment with the publishers, and I am expecting a reply any day now. The second [which]…I finished it last week and has to be rewritten.”

“The Mystic Masseur” is then published to critical acclaim, opening a window of opportunities for literary exploits that lead to the knighthood, the Man Booker Prize and the Nobel Prize.

Making A Mark In Marketing

A learned professional dedicated to the field of marketing and communications for 15 years now, Suman Shrestha is the Head... Read More...

JHAPA, Sept 21: At a time when the international market of Nepali agro products is shrinking, the government has discouraged farmers... Read More...