The magic of memes 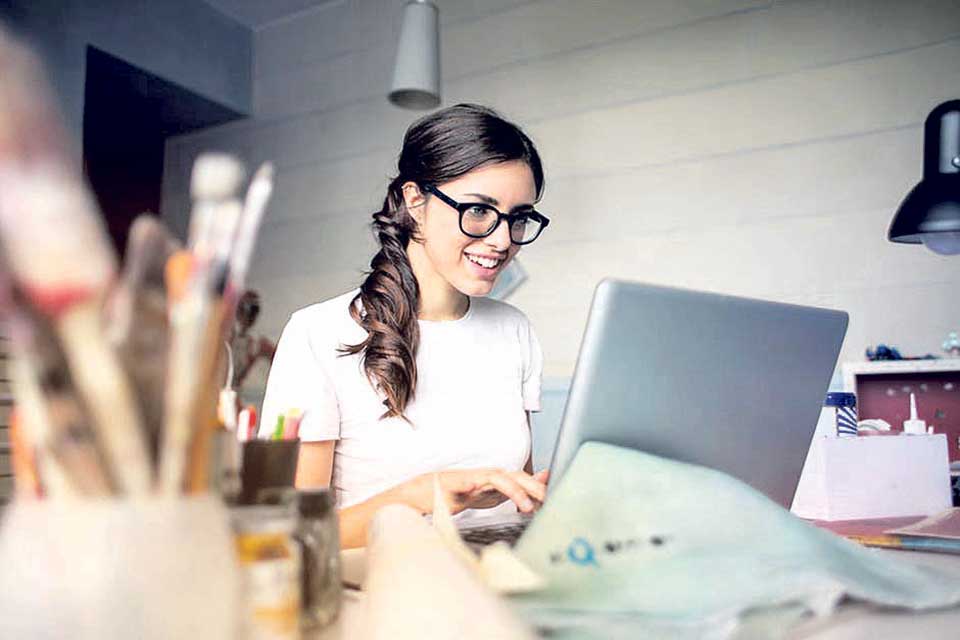 Out of the 12,000 plus pictures 23-year-old computer science student Ayushma Rimal has on her phone around 7000 are screenshots of memes that make her laugh and she often finds herself sharing them with friends and family. She confesses that the first thing she does upon waking up is scroll through her Instagram feed to look through some memes to add to her ever-growing collection.

“It’s just the perfect way to start your day because, no matter how you feel, there is something there to suit every kind of mood,” she says. But Rimal also confesses that morning isn’t the only time of the day when she is hooked on to her phone in search of fun memes. She is at it during college breaks, whenever she has some pockets of free time and, much to her mother’s dismay, even during dinner time.

And indeed, memes have been a humorous solace to milllennials ever since its growing popularity on the internet. 18-year-old Sujana Basnet, who recently finished her A-levels, says that the reason she loves memes so much is mainly that they are so relatable besides being hilarious. She will always find something to cheer her up during a lousy day or just the right meme to express how she’s feeling at that exact moment.

“Sometimes when you see a meme, you find comfort in the fact that you aren’t the only weird one, that there are others like you. You realize that no situation is unique and that gives you strength when you need it,” says Basnet whose phone gallery, like Rimal’s, is filled with screenshots and memes for every situation imaginable. Her internet time is mostly meme time.

Firstly coined by Richard Dawkins in his book “The Selfish Gene”, meme can be defined as an idea, catchphrase or style that conveys a humorous message often with the use of a popular image and witty texts. The word “meme” comes from the Greek word, “mimema” which means something imitated. They so magnificently encapsulate emotions and situations that are relatable to many of us – like classroom mischiefs or festivities or awkward situations. Another reason for its popularity lies in its simplicity: It is short, easily understandable and can be shared using messages, posts, tags, emails, blogs etc.

Apparently, the modern day meme is said to have started with Baby-Cha-Cha-cha or the dancing baby, developed by Autodesk animators Michael Girard and Robert Lurye. After developing it, they sent it to other developers who sent it to their friends, who sent to their friends and, after a while, it took the pop-culture world by storm, appearing in advertisements, screensavers, TV shows etc.

Ganesh Acharya, a 52-year-old government employee working at the Ministry of Home Affairs, says, “It’s not popular among us older generations because we don’t really know anything about them. We don’t see them in our social media nor do we have any idea where to find them.”

The reason for this could probably lie in the fact that it’s mostly youngsters who create and share memes, says Rimal whose mother never seems to get the memes she finds incredibly funny. “No matter how much I try to explain the joke, at the most she will grin a little. She won’t really get it,” she says.

The beauty of memes is in its constant evolution. A meme can only last a few days but its format and the central ideas carry on. From the famous Bear Grills pointing at the camera with “Improvise. Adapt. Overcome” written below the image to “CASH ME OUSSIDE HOW BOW DAH” to Pepe The Frog, memes are usually taken from popular television shows, movies, video games, and viral videos. They are then concentrated in a particular situation and texts and other additions are made to it.

Mansi Oli, a jazz enthusiast currently pursuing her Bachelor’s degree, says her favorite meme is “Roll Safe”- an African-American man with a malicious yet wise grin on his face with his index finger pointed up to his temple looking onto the camera. “It mixes dark humor with a hilarious visual which I like,” she says. “Everybody loves humor, especially if it’s relatable and mimics real-life situations.”

The unanimous opinion among the many teenagers this scribe spoke to was that their love for memes was large because of its comical and relatable aspects. Looking at certain memes often felt like someone understood exactly what was going on in their heads. It made them laugh and put their minds at ease, albeit temporarily.

What’s more, many large companies like Gucci and Nickelodeon have embraced internet memes to promote their goods and services. Used in viral marketing, it helps companies bring attention to their products by making them “trend” in various social media. This allows them to commercialize their products with a comical twist and it is a well-known fact that humor sells.

Memes have also taken the Nepali culture by storm. Many people said that their notifications were filled with friends tagging them in memes like “Your friends with names starting with “A” or “S” has to take you out for a plate of momos” or something embarrassing like “Tag a friend who will never get married”. There’s no doubt that memes have become an integral part of communication among peers – making it easier to mock and traumatize your friends without having to do any actual work.

Various Nepali memes also light-heartedly shed light to our daily struggles like load-shedding, the infamous “Melamchi” water supply, the pipeline gas promises made by our “trusted” politicians, and mocks the government’s incompetence. From a serious image of “Haku Kaale” talking Nepali philosophy to posts criticizing politics as well as those with patriotic messages, these images are prominent parts of our virtual world with repeated shares, comments, and likes.

“Memes project sharp humor that is consistent with our inclination towards the need for short and sweet. Who wants to read a long, time-consuming joke when a picture and some text can convey the message quickly and much more efficiently?” concludes Basnet.

Out of more than 4, 00,000 students appearing for SEE examinations this year, there will be thousands who will be... Read More...